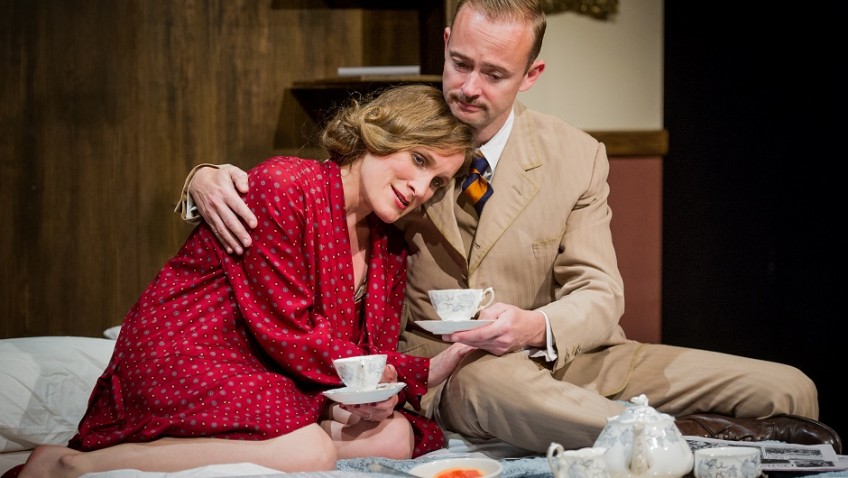 Noël Coward’s Home Chat has not been seen for nearly 90 years.

In his autobiography, Present Indicative, Coward says his comedy has some excellent lines and a reasonably funny situation but that he was not entirely pleased with it: “It was a little better than bad, but not quite good enough and that was that.” The first night at the Duke of York’s Theatre in 1927, didn’t go well. The leading lady dried on a number of occasions and the pace was funereal. The gallery and pit booed at the curtain call.

Coward took to the stage. “We expected a better play!” shouted a galleryite. “I expected better manners!” snapped Coward. The notices next day were all bad and the play ran for only 38 performances.

Home Chat is a flippant and cynical comedy about society’s hypocrisy and a woman’s right to sexual freedom.

But where’s the Coward wit? Nobody will be rooting for the heroine who behaves in such a crass way.

A wife (Zoë Waites) and her best friend (Richard Dempsey) are discovered in their pyjamas in the same wagon-lit when the train on which she is returning from Paris crashes.

Her pompous husband (Tim Chipping), her mother-in-law (Polly Adams) and her mother (Joanna David) presume they have been having sex. Well, wouldn’t you?

The wife is so furious that she should be accused of adultery that she impulsively decides to take her revenge and pretends they really are lovers; and the best friend, a chivalrous chap, goes along with the subterfuge.

The actors shout too much. There really is no need to shout at the Finborough.