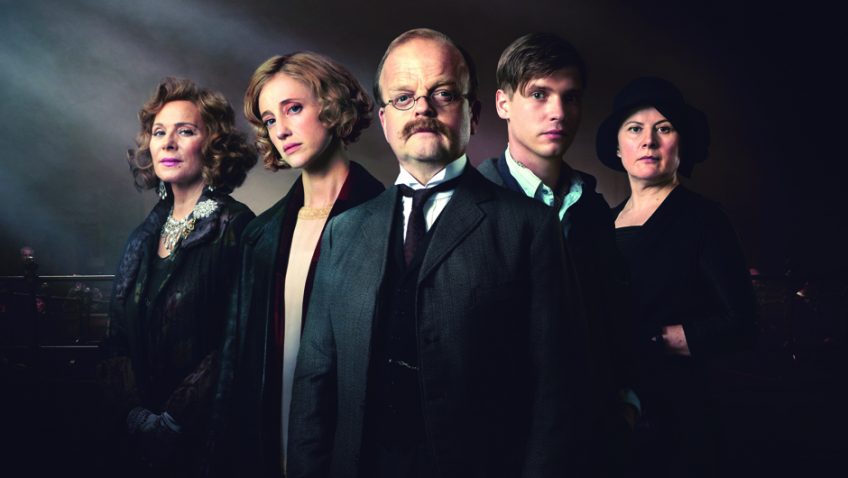 Romance, jealousy and a murder

Our selection of this week’s releases of books and DVDs

Elizabeth Summer is a freethinking and intelligent young woman who likes nothing more than painting in her attic studio. It is May 1914 and life at Summerhayes, Elizabeth’s imposing family home set in elaborate Italianate gardens in the Sussex countryside, seems idyllic. But all is not as it seems. Europe is in turmoil and family dynamics are complicated by strained relationships and a long running family feud, all of which conspires to throw a heavy shadow over domestic life. The suffragettes’ voices are becoming louder and Elizabeth takes a keen interest in the ideas of equality and self-determination, much to her parents’ dismay. She is starting to find her privileged life in the family mansion almost as stifling as the summer heat.

As she approaches her 20th birthday, Elizabeth’s future is being decided for her. Making a suitable match and marriage advantageous to the family was all-important to those with wealth and status and being left an old maid was seen as a fate few would aspire to. Choosing a partner was not a consideration or an option. However, a chance meeting with an architect’s apprentice Aiden Kellaway puts Elizabeth’s world in a spin. Could this offer her an escape from convention and help fulfil her dreams of life as an artist?

When a suitable match is found, the family are quick to organise events so that an engagement can be secured but Elizabeth soon realises she can never accept marriage without love. Eventually she is forced to choose between a life bound by family loyalty and duty or one of uncertainty with the man she loves. As the Great War looms on the horizon, one thing is for sure, nothing and no one will be the same again.

This book gives a wonderful insight into the rules of polite society and the domestic lives of the wealthy elite just before the Great War. The sense that things are changing both politically and socially is prevalent throughout the book. As we look on with hindsight we can see the demise of not only the great estates but also the innocence of life. If you’re still missing Downton Abbey on our screens, then this may well be for you.

The Fall Guy by James Lasdun

Yet again this is being marketed as a psychological thriller (surely it can be just a thriller) but luckily, I did not know this when I picked it up.

The characters were interesting and the three-way relationship between two men and one woman was easily recognisable .  The two men, who were cousins,  had grown up together in England and now lived in USA which is apparently the history of Lasdun, the author.  This did provide an interesting background and while the triangle was complicated emotionally it was understandable.

It is summer, 2012. Charlie, a wealthy banker with an uneasy conscience, invites his troubled cousin Matthew to visit him and his wife in their idyllic mountain-top house. As the days grow hotter, the friendship between the three begins to reveal its fault lines, and with the arrival of a fourth character, the household is besmirched with jealousy, betrayal and shifting allegiances.
It was easy to read, intriguing in the plot and ultimately had a satisfying ending.  What more could you want from a novel.

Agatha and the BBC –  a crime to miss it

If you did not manage to watch the production over the Christmas period, there is now a chance to buy the DVD.

It’s 1920s London and the glamorous heiress Emily French has been found brutally murdered in her handsome townhouse. A young, handsome chancer, Leonard Vole, is accused of the crime and it seems like an open and shut case. His penniless solicitor, John Mayhew clings to the hope that Leonard’s wife Romaine, an enigmatic chorus girl, will provide the alibi to save his life; but she soon proves to be a far from reliable witness.

As Mayhew starts to connect with Leonard, his need to prove the young man’s innocence becomes more than a professional obligation. Betrayed by his wife and with the odds stacked against him, all seems lost for Leonard until a piece of evidence surfaces that could change everything.

The story has so many twist and plot turns that show the genius of Christie’s imagination and the action reveals the many layered social ethos of the time.  Added to this the standard to acting makes a fine piece of entertainment that is worth watching again and again.

This dark and thrilling two-part drama arrives on DVD 9 January 2017, alongside the Two By Christie DVD Box Set of The Witness For The Prosecution and And Then There Were None.

Title: Two By Christie: The Witness For The Prosecution/And Then There Were None. Release Date: 9 January 2017 RRP £29.99