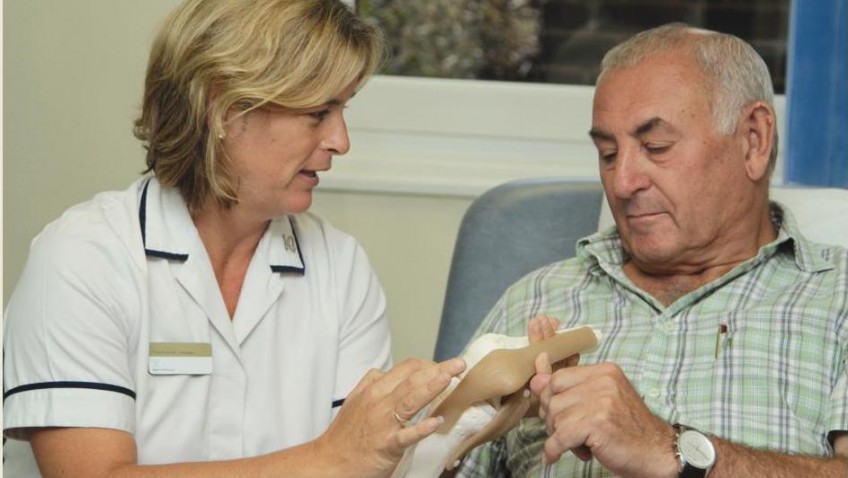 Retired men in the UK are most likely to immediately think to visit their GP after experiencing one or more of common symptoms of bowel cancer for three weeks, a new survey reveals today.

Experiencing health issues such as a persistent change in bowel habit, abdominal pain, a stomach lump or unexplained weight loss or tiredness for three weeks would prompt 93% to visit the doctors.

A similar number (92%) would immediately think to make an appointment at their surgery if blood in their stools or bleeding from their bottom was added to the list of symptoms.

This compares to just 78%  of those who work either full time or part time, (rising to 82% if blood was present).

The research was carried out by the charity Beating Bowel Cancer as men around the country lay down their razors to participate in the charity’s fundraising Decembeard campaign.

Beating Bowel Cancer’s Chief Executive, Mark Flannagan, said: “Ninety per cent of bowel cancer cases are treatable but only if they are caught early.

“It is vital that men are aware of the symptoms and go to their GP if they experience them to give them a better chance of survival.”

The survey asked men what their most likely reaction would be to experiencing one or more of the following health issues for three weeks:

They were given the options of visiting the chemist for a stomach remedy, waiting to see if it improved, visiting the GP or changing diet.

In a separate poll they were given the extra symptom of bleeding from the bottom or blood in your poo.

Paula Madden, Colorectal Nurse Consultant for Imperial College NHS Trust, said: “Bleeding from the bottom or blood in the poo can be caused by a number of conditions including bowel cancer and should always be checked by your GP.

“However blood is not always present with bowel cancer so if you’ve had one or more of the other symptoms persistently, you should still visit your GP.”

Because early diagnosis is vital, the more the symptoms are talked about the better.

Former Everton and Ireland footballer Kevin Sheedy was diagnosed with bowel cancer in 2012.

“I realised that I needed to talk to a doctor when I started going to the toilet more often and passing blood in my poo as I’d heard about the symptoms on the radio.

“I was one of the lucky ones. Because I went to the GP it was caught early and I was treated successfully.

“I’d encourage anybody to learn about the symptoms and to act quickly if they spot any. Ignoring any symptoms because you don’t realise what they might be or because they are a bit embarrassing can delay your diagnosis and that could be life-threatening.”

Money raised will help the charity fund a range of vital services that give people affected by the disease help, hope and reassurance.

For more information about Decembeard or to sign up, go to www.decembeard.org. You can also check out the campaign @Decembeard_UK  #decembeard.