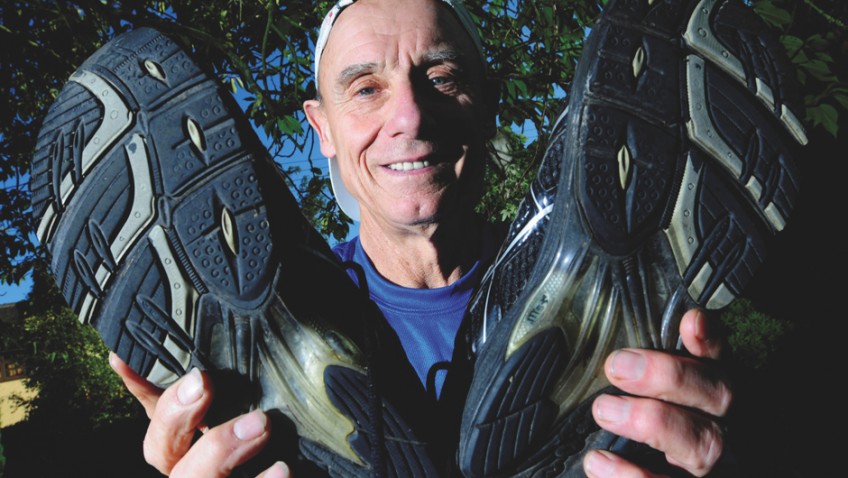 A super-fit pensioner who started running as a way to keep fit when he retired has just completed his 100th marathon – AGED 71.

The determined OAP only started competing at the age of 65 just “to do some exercise” and soon found he had “caught the bug”.

Since he started pounding the roads in 2010 he has clocked up an astonishing 2,620 miles.

Bill, who ran a marquee hire firm until he retired, first tackled the London Marathon in 2010, followed by Edinburgh, Tenby and Dublin’s marathons.

Since then, the dad-of-one has travelled all over the world to take part in races in Valencia, Malaga, Rome and other destinations.

When he finished the Nottingham Marathon on September 27, he became one of the oldest of the 498 runners who have completed 100.

Bill said: “I am certain I am one of the oldest to do 100 marathons, certainly of those that have registered with the elite. It is an official club.

“I have been doing some research and there are some people in their 80s but not many.

“I initially decided it would be good to do some exercise, so I started going for a walk, and on a flat section I started jogging.

“I got this idea that I would do this three-mile loop without stopping, then added pieces to it.

“I think 65 is an old age to be running marathons and certainly 71 is but I wanted to do the London Marathon.

“I always had. I wanted that to be my first and I really liked it. It all spiralled from there really. I caught the bug.