Home / NEWS / CAMPAIGNS / There But Not There 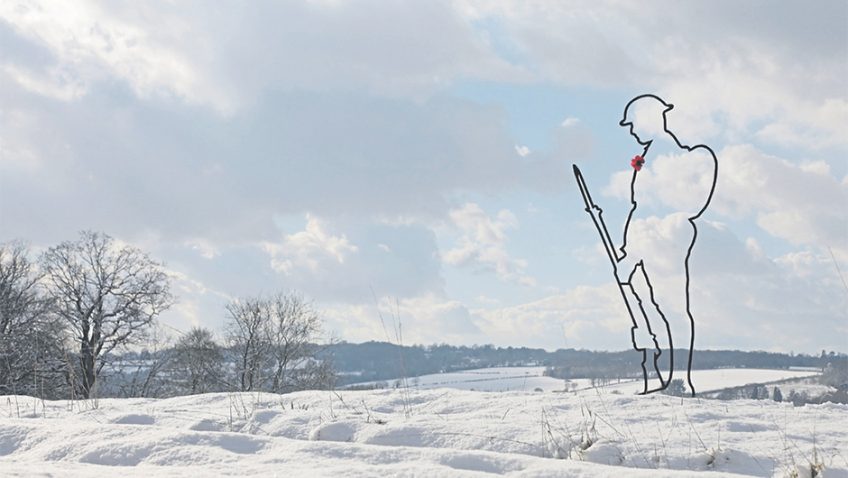 There But Not There

Many readers will remember the small piece that appeared in last month’s Senior Moment about the ‘There But Not There’ campaign, launched by the charity, Remembered. Many readers have asked for more information.

There But Not There is planned to be the defining centenary commemoration of the end of the 1914-1918 Great War and installed in the places where the men and women came from across the country, back in the communities they left behind.

The campaign is designed with three significant aims in mind; firstly, to ‘commemorate’ the fallen through highlighting the sacrifices that were made by those who went to war.

Secondly, the aim is to ‘educate’ all generations, particularly today’s younger generations, to help understand what led to the slaughter of over 888,000 British and Commonwealth troops during the First World War.

And finally, to help ‘heal’ those men and women who are suffering still from the hidden wounds of post-traumatic stress disorder and other lasting legacies of combat, by raising funds for a raft of different charities.

As we mentioned last month, look out for the ghostly figures of WWI Tommies that have started to appear across the country and will continue to do so between now and Remembrance Day.

You can contribute by purchasing a replica Perspex Tommy which are beautifully presented and made by veterans employed by the Royal British Legion Industries. All monies raised will go to help the charities that are the beneficiaries of the campaign. You can even personalise your Tommy – each silhouette comes with a downloadable voucher which you can take to any Timpsons outlet and have the name of the person you wish to remember engraved on the base of the figure for free.

You can find out where the Tommies are appearing, or buy your own replica Perspex Tommy by visiting the website: www.therebutnotthere.org.uk/

The charities that are being supported by this campaign are The Royal Foundation: Heads Together, Walking With the Wounded, Combat Stress, Help for Heroes, Project Equinox: Housing Veterans and Medical Students and The Commonwealth War Graves Foundation.