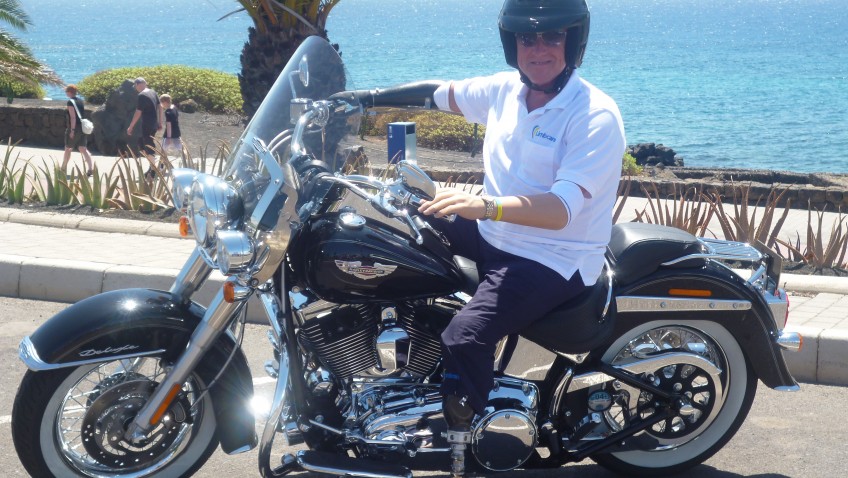 Limbcare is pleased to announce that its founder, Ray Edwards MBE, is the UK’s oldest surviving quad amputee.

Ray was one of the first quad amputees at the unit and in those early days (1987) survival rates were low. But Ray managed to beat the odds and nearly 30 years later is still living a full and active life.

Today’s amputees have access to improved drugs and can expect to live a lot longer, with a better quality of life, than those first patients.

So this makes Ray something a bit special. 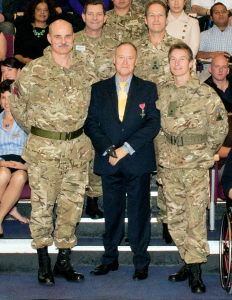 Ray Edwards went on to found Limbcare, a charity which supports amputees and their families. In 2010 Ray joined 24 people, of which 4 were amputees, to attempt to climb Kilimanjaro.

In the 2011 New Years’ Honours List Ray was awarded an MBE for his services to the amputee community and charitable work.

Ray says “In 1980, I was told I had Hodgkin’s disease – cancer of the lymph glands. But it seems I was one of the lucky ones. After a course of radiotherapy and chemotherapy I successfully beat the disease and went back to work and my family. I was confident the worst was behind me.

“But I was wrong. In 1987 I contracted Septicaemia. The condition was so serious that I had to have all four limbs amputated; both legs below the knee, one arm through the elbow and the other 100mm below the elbow. The amputations were carried out at Hammersmith Hospital on Friday 13th March.

“I felt like giving up. I completely lost the will to live. However the thought of my gorgeous nine month old twins, Michael and Diana, gave me the motivation I needed to fight to get better and live life again.

“However it wasn’t an easy journey. I felt physically ruined and emotionally battered.  The future looked bleak, especially when my kidneys failed.  I’d lost four limbs and was on dialysis – it was all too much. I just wanted to give up. But then the first small ray of hope – my kidneys recovered. 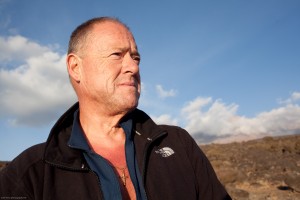 “On April 11th I was transferred to Queen Mary’s Hospital, Roehampton, to the Douglas Bader Unit.  As a quad amputee, life looked daunting but I now felt ready to give it a chance and see what the professionals could do for me. In the back of my mind I was wondering if I could ever return to the construction business or even drive. But my most pressing concern was getting home to my family.

“After weeks of encouragement from the doctors and staff and sheer determination I was able to walk again and use my new upper limbs, albeit ‘robotically’.  It was a start.

“At last, by late April I was able to have my first home visit. It was an emotional time as we all began to realise how our lives would need to change.

It was obvious that our home would have to be modified to allow me to live there.  So I searched everywhere, but was unable to locate a specialist contractor that could help me achieve the modifications I needed.  So, since I had a background in construction, I decided to do it myself. And so a new chapter of my life was born.

“Life was going really well and I full of energy with a good future ahead of me. But in October 2005 I suffered a heart attack. I had this feeling that ‘my engine’ was on the way out, and I was so frustrated as I knew I had so much more to give to life.  But I am a fighter! I refused to give up this time. So with help from the fantastic medical staff at the Atkinson Morley Hospital in London, I was once again fit and raring to go.

“From 2006 to 2010 I was Acting Chief Executive to a charity based in London helping and advising amputees in the UK. In November 2007 I was awarded ‘The Douglas Bader Inspiration Award’. 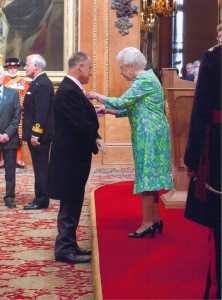 “In June 2010, along with three others, I set up Limbcare – a charity that helps and supports limb impaired people all over the world.  This had been my vision ever since becoming an amputee in 1987 and it has made me even more determined than ever to give something back to society, especially to disabled people. I want to offer hope and inspiration through the knowledge I have gained with my own disability.

“On September 9th 2010 I joined 23 people, of which three were amputees, to attempt to climb Kilimanjaro , but on day six at 4500metres I suffered a severe chest infection and had to be stretchered down – which took a gruelling nine hours.

“In 2011 New Years’ Honours List I was awarded an MBE which I received from HM Queen Elizabeth on May 6th for my ‘services to the amputee community and charitable work.

“Life could not be better. And I have no regrets about the past.”