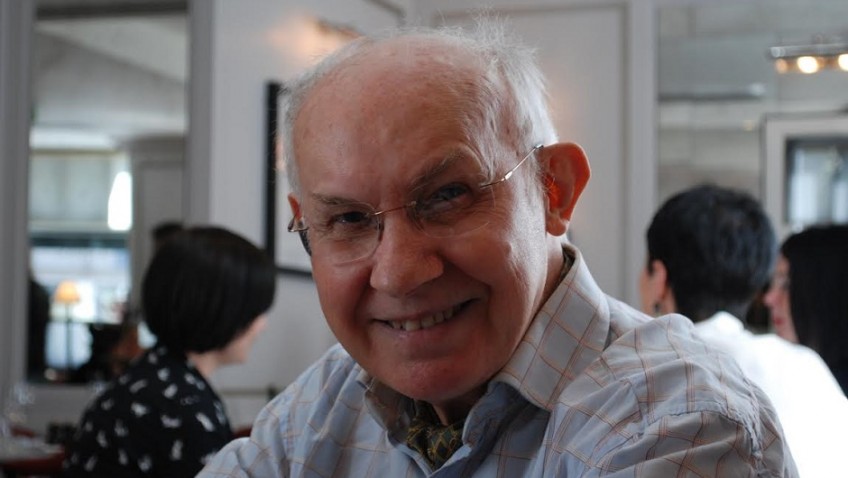 Men dying with prostate cancer speak up to help others

During this Dying Matters Awareness Week (9-15 May), a group of men facing death from advanced prostate cancer and the families of those already claimed by the disease are telling their stories in a bid to support others living with terminal cancer.

Leading men’s health charity, Prostate Cancer UK, has today launched a special support site for men facing death from advanced prostate cancer, designed to help them and their families get to grips with the shock and confusion of a terminal prognosis.

Peter was diagnosed with advanced prostate cancer in 2013 at the age of 70. He says; “I’ve got cancer and that’s a pretty scary thing to tell anyone. I was worried that my relatives would be very sad or act differently around me. However, once I’d said it the first time, I tried to be open about it and not ignore the subject.

“My prostate cancer is advanced and so I’ve not only had to come to terms with living with the disease, I’ve also had to get used to talking about dying from it. I’ve found that everyone reacts differently when you talk about dying and sometimes not how you’d expect. Some people shut down and it’s clear they are very uncomfortable talking about it. But most people are curious.”

Karen Sumpter, Clinical Lead at Prostate Cancer UK said; “Out of the 47,000 fathers, brothers and sons who are diagnosed with prostate cancer every year in the UK, 1 in 3 will die of it. Facing up to death can be incredibly hard but being practical and getting some control back can help. Our site has got useful sections about what to expect and how to prepare – all things you may want to know but might be afraid to ask. Mo and her late husband Mick

“Plenty of support is available to help men and their families understand more about what to expect as prostate cancer progresses and how to manage problems, such as pain or sickness.”

Karen heads the charity’s team of specialist nurses who provide support and information to men living with prostate cancer every day over the phone and through a Live Chat service. Every year the nurses receive around 1,000 calls from people with concerns about advanced prostate cancer.

Mo lost her husband Mick to prostate cancer in 2014, just a year after he was diagnosed with the disease. At first Mick didn’t want to talk about his prognosis. Mo said:

“In 2013, our doctor told us that Mick had advanced prostate cancer and it was terminal. Mick told the doctor that he didn’t want a prognosis. He said, ‘I do not want to know how long, I do not want to be forever looking at a clock on the wall and thinking time is running out.’

“I held him very tight and told him how much I loved him and that I would be there with him and for him every step of the way.”

After a few weeks the couple felt ready to start talking about his death.

Mo recalls: “A few weeks later Mick surprised me by asking me to sit down and go through everything with him. Nothing too specific at this stage – just sharing our thoughts on what we could do to be prepared for his death. Whether it was six months or three years away, we would still need to be prepared.

“We made a list of things to try and deal with. It covered finances, communication with friends and family, funeral wishes, end of life care, and holiday planning. In the end Mick was very open about things which made the difficult conversations not quite so difficult.”

Some 10,900 men die from prostate cancer every year in the UK but recent research(i) released by Prostate Cancer UK revealed that 92% don’t know what their prostate does. It’s now thought that poor awareness of the gland may blind men to their risk of prostate cancer and stop them from taking action that could catch the disease early and save their lives. Mo and her late husband Mick

Prostate Cancer UK has recently launched a campaign urging men to stop ignoring prostate cancer, to talk about it, and to join the fight to beat it.

Karen Sumpter continued; “Prostate cancer doesn’t have to end in death. It’s often successfully treated when caught early enough. But ignorance can be lethal – whether turning a blind eye, being scared to talk about it, or just not being very clued up about the dangers. The fact that these men facing their own death are courageously defying taboos and their own fears to share knowledge and insights is incredibly generous. Men need to know that they have a prostate hidden away, wise up to their risk of getting cancer, and realise they could be one of the 1 in 8 men who’ll get the disease.”

Further information for men living with advanced prostate cancer and their families is available here: www.prostatecanceruk.org

To read the stories of other men living with advanced prostate cancer go to: prostate-information/advanced-prostate-cancer/personal-stories

Anyone facing issues with prostate cancer may contact Prostate Cancer UK’s Specialist Nurses in confidence on 0800 074 8383 or online via the Live Chat instant messaging service: www.prostatecanceruk.org.