Home / Your Views / What does the poppy now represent? 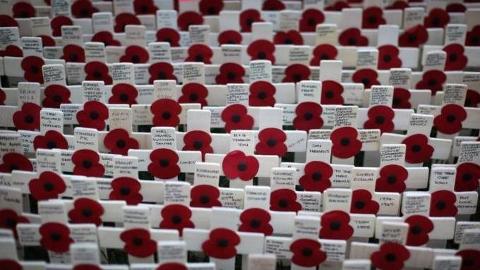 What does the poppy now represent?

I thought that the red poppies were optional. However, you wouldn’t think that if you watched the BBC. Their presenters don’t seem to have the freedom to chose not to wear them. Ironic isn’t it?

Does anyone actually remember what the red poppy actually represents? I ask because the original meaning has been lost, and the military public relations machine has ambushed it. They’ve now turned it into a way of manipulating the public into “supporting the troops”, and by extension, backing current, often illegal and unnecessary conflicts.

In World War 1, the vast majority of fatalities were military. A hundred years on, around 90% are civilian. It is therefore far more fitting that people buy the white poppy, because that represents all of the people who die in war. The refugee crisis is a good indicator of this.

If we really want to move towards ending all wars (and we must), we should remember everyone who is killed, from all nations, and not just ‘our boys’.