Home / NEWS / CAMPAIGNS / We will remember them 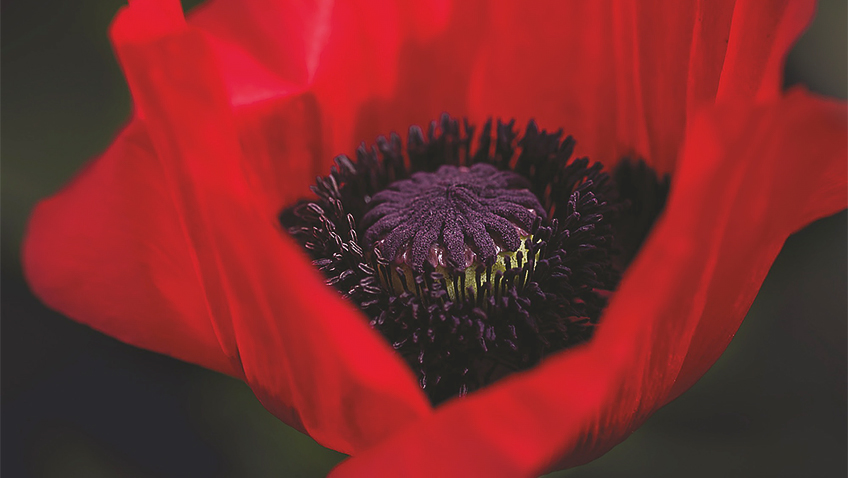 We will remember them

Remembrance is part of modern British life, culture and heritage and has become a particular feature of the public calendar each year when public, private, formal and informal Remembrance events take place throughout the UK. But have you ever wondered why we use the poppy as our symbol of Remembrance?

During the First World War, much of the fighting took place in Western Europe. Previously beautiful countryside was blasted, bombed and fought over, again and again, and the landscape swiftly turned to fields of mud: bleak and barren scenes where little or nothing could grow.

The delicate bright red Flanders poppies, however, were very resilient and grew in their thousands, flourishing even in the middle of chaos and destruction. At the second battle of Ypres in 1915, shortly after losing a friend and during a lull in the action, Colonel John McCrae, a Canadian doctor, wrote, in pencil, on a page torn from his despatch book, the following verses:

In Flanders’ fields the poppies blow
Between the crosses, row on row,
That mark our place: and in the sky
The larks, still bravely singing, fly
Scarce heard amid the guns below.
We are the dead. Short days ago
We lived, felt dawn, saw sunset glow,
Loved and were loved, and now we lie
In Flanders’ fields.
Take up our quarrel with the foe;
To you from failing hands we throw
The torch; be yours to hold it high,
If ye break faith with us who die
We shall not sleep, though poppies grow
In Flanders’ Fields.

An American academic, Moina Michael, read the poem and was greatly impressed and saw wearing a poppy as a way to keep faith. She used a bequest from the War Secretaries of the Young Women’s Christian Association to make and sell 25 red silk poppies. The French Secretary, Anna Guérin, purchased one and thought that the sale of large numbers of artificial poppies in her home country could raise funds to help ex-servicemen and their dependants in need, especially orphaned children.

Anna travelled to many countries delivering her message and in 1921 she came to Britain and met with Field Marshal Earl Douglas Haig. The poppy was adopted as an emblem for the Legion and the first British Legion Poppy Day appeal began in the autumn of 1921. Nine million poppies were ordered from France and sold on 11 November, selling out almost immediately. That first “Poppy Appeal” raised over £106,000; a considerable amount of money at the time. This was used to help WW1 veterans with employment and housing.

The following year, Major George Howson set up a Poppy Factory in a room over a shop in Bermondsey in South London, employing five disabled ex-servicemen. The demand for poppies in England was so high that few were reaching Scotland and so Earl Haig’s wife established the “Lady Haig Poppy Factory” in Edinburgh in 1926, to produce poppies exclusively for Scotland.

Today, the Legion’s factory in Aylesford, Kent, produce millions of poppies, wreaths and remembrance crosses each year. Scottish poppies (which have four petals and no leaf) are still made by hand today by disabled ex-servicemen at Lady Haig’s Poppy Factory.

At the end of WW1, the plight of returning soldiers, the injured and the dependants of those who had lost their lives, so moved Lance Bombardier Tom Lister, that he decided that if the government was unable, or unwilling, to do anything to improve the lives of ex-servicemen, he would do something about it himself. This eventually led to the formation of The British Legion on 15 May, 1921. (The Legion became ‘Royal’ in 1971).

Today, the Royal British Legion provides lifelong support for armed forces serving men and women, veterans and their families, all year round. They campaign to improve their lives, organise the Poppy Appeal and remember the fallen.

So this year, when you buy your poppy, remember the fallen and those who devised this enduring act of remembrance.

During The Great War, 1.1 million service men and women from the commonwealth made the ultimate sacrifice and never returned home. The Royal British Legion is calling on the public to leave online tributes to over 600,000 unremembered service men and women who gave their lives in the First World War.

If you have access to a computer and would like to leave a commemoration, please visit: www.everyoneremembered.org.