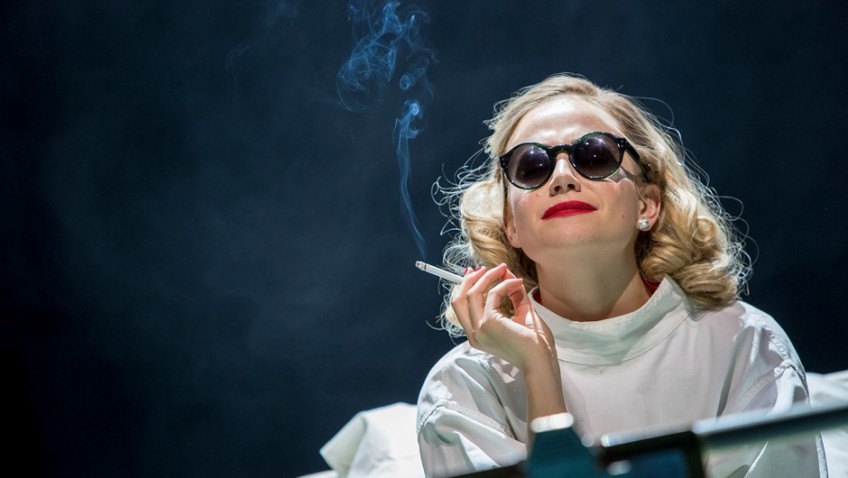 Pixie Lott makes her play debut in “Breakfast at Tiffany’s”

For film buffs, Breakfast and Tiffany’s and Audrey Hepburn as Holly Golightly are synonymous, but Truman Capote, who wrote the novella on which the 1966 movie was based,  loathed her performance, thinking her violently psychologically miscast. 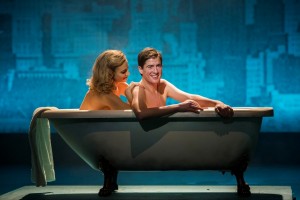 Pixie Lott as Holly Golightly and Matt Barber as Fred

Hepburn didn’t think she was right either for so extrovert a role.  Capote had wanted Marilyn Monroe to play the unscrupulous Manhattan socialite, a high class call girl, a real phoney.

Hepburn sanitized Holly’s promiscuity and turned a hooker into an ingénue. 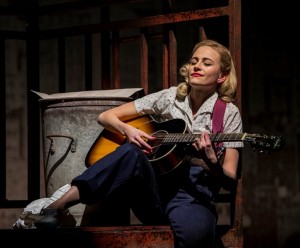 The multi-award winning singer Pixie Lott, making her play debut, very naturally wants to make the role her own.

But she and Matt Barber, who plays the gay writer who befriends her and acts as narrator, are defeated by Richard Greenberg’s bitty adaptation, which moves from one dead scene to another without ever engaging.

The over-loud supporting characters, with the exception of Holly’s elderly husband (played by Robert Calvert) fail to interest.

Lott thrums her guitar and sings three songs, including Henry Macini’s “Moon River”, but will this be enough for her fans?