A survey has found that 20% of elderly people would refuse to go into care or sheltered accommodation if they had to give up their beloved pets, while a shocking 4.3% of elderly pet owners would actually consider taking their own lives due to their concerns about leaving their pets behind.

Now specialist website www.myageingparent.com has produced advice to help families make informed choices about how to deal with the dilemma of elderly relations who cannot bear to say goodbye to their pets.

“The problem is quite simple,” says the website MD Deborah Stone. “While all of us love our pets, for many elderly people the bonds can be even closer – especially for those living alone. Having to leave their pets behind to be rehomed, or possibly put down, is an emotional and upsetting decision facing a growing number of elderly people who are no longer able to look after themselves.”

One solution, says Deborah Stone, is to consider live-in care.

“Sheltered housing and care homes work for some people… but not for everyone. Sharing your home with someone who provides domiciliary and possibly a level of nursing care can actually be a cost effective as well as practical solution for many. It can also keep people close to their existing support network and social circle.”

The survey on the dilemmas faced by elderly people going into care was conducted by The Live-In Homecare Information Hub. The Hub was set up by a coalition of 13 leading live-in homecare providers, and their website sets out the pros and cons of this approach as well as the costs. Says Dominique Kent, one of its founding members, explains: “There is plenty of evidence to show just how beneficial pets are to the health of older people.

“Added to that, the vast majority of older people don’t want to move away from familiar surroundings, friends, family and pets. Having someone living in your home to care for you can provide a real alternative – for both short term and longer term needs.”

The Society for Companion Animal Studies promotes the study of human-companion animal interactions and raises awareness of the importance of pets in society. Its research “Measuring the Benefits: Companion Animals and the Health of Older Persons” shows the benefits pets can bring to people suffering acute illness. According to the report: “Pet ownership, particularly dog ownership, is probably associated with a decrease in cardiovascular dementia risk and may have some causal role in reducing CVD risk.”

The option of live in care also has the support of Government. Dr. Glen Mason, Director of People, Communities and Local Government, Department of Health comments: “Live-in care is a long established, but relatively unknown, growing alternative to residential and nursing care, which substantially extends the care choice available to the individual. I expect live-in care to continue to grow in popularity and to become the high quality first care choice of many people.” 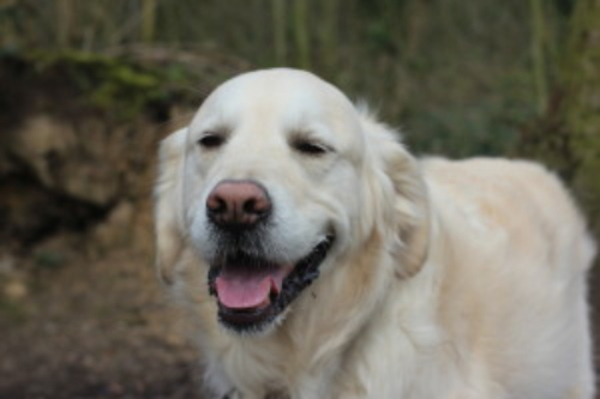 For many people, being able to stay in familiar surroundings whilst retaining independence is really beneficial. Margaret is 83 and she benefited greatly from live-in homecare, which allowed her to stay with her golden retriever, Henry.

Margaret’s family became concerned in 2012 when she seemed to become more distant and vague. After a fall, she was hospitalised and her one concern was to get back to Henry. Margaret was diagnosed with early stage dementia. It was clear she needed care, support and guidance for her memory impairment. Margaret’s family found out about a live-in homecare provider who matched her with her carer Anne. Anne began to build a relationship with Margaret in hospital and managed the transition from hospital to home. Margaret is now well and supported by two carers, Anne and Olga, she walks Henry regularly and sees friends and neighbours.

Carer Anne says: ‘’Henry has been such a comfort to Margaret over the years, that I firmly believe he has been a fundamental influence to her wellbeing and recovery.” As Margaret’s niece Jane said: ‘’Margaret would be lost without Henry; he is her rock and the one constant in her life. Henry helps her to maintain relationships in the community as everyone knows him. Margaret is the fittest we have seen her for a long time and we are so grateful to her carers.’