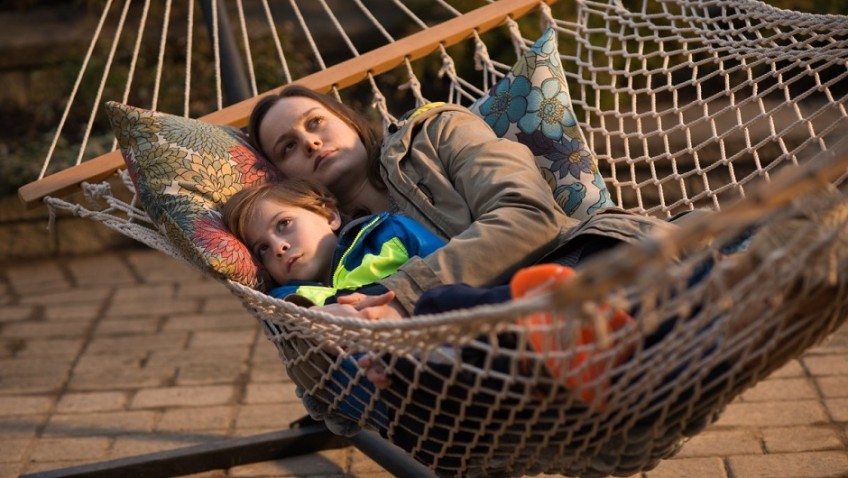 An Oscar-winning performance by Brie Larson

ROOM (StudioCanal). Lesley Abrahamson directs Emma Donihue’s adaptation of her best-selling novel which was inspired by a true horror story.  A young woman (Brie Larson) is abducted, imprisoned and constantly raped in a garden shed for seven years. The 11 by 11 foot apace is shared with her son (fathered by her abductor) who knows no other world. On his fifth birthday she plans their escape.  Adapting to the outside world proves no less a traumatic experience for both of them. The relationship between mother and son is perfectly realised. Larson won an Oscar for her performance. There is an amazing performance by the 9-year-old child actor Jacob Tremblay, who also went on to win many awards.

THE LESSON (New Wave Films). A Bulgarian drama: a fraught schoolteacher (Margita Gosheva) is unable to pay the debts, accumulated by her feckless drunkard husband, and their home is about to be auctioned. Desperate, she turns to a moneylender (a very creepy Stefan Denolyubov) who makes more and more demands, leading her to take extreme and unlikely measures. Kristina Grozeva and Peter Valchunanov’s film gets a bit out of hand towards the end but it remains totally involving, and this is largely due to Gosheva’s resourceful performance.

JANIS  LITTLE GIRL BLUE (Dogwoof). Were you a fan? Amy J Berg’s documentary is about Janis Joplin (1943-1970), queen of the Blues, a wild, soulful, non-compromising meth freak, who was famed for her unruly hair and emotional honesty. She always did rock the boat. Her heyday was the 1960s. She was loud and she shouted and she screamed a lot. (“I am inside the music,” she said, “when I do it.”) Her breakthrough was the 1967 Monterey Pop Festival. Once she left the Big Brother Bad Company she lost out and became a caricature of herself. There’s good footage and good interviews with band mates and contemporaries.

STREETS OF SHADOW (StudioCanal) is a 1953 British thriller. Cesar Romeo (like so many out-of-work American leading actors at that time) is in Britain making a B picture which has pretensions to being a film noir. He is cast as the owner of a pin-table saloon who is falsely accused of murder. Kay Hammond is the unhappily married woman he fancies. 25-year-old Victor Maddern is at the beginning of his career. He went on to become a stalwart supporting actor in so many British films. Here he is actually playing the leading role, an unhappy cripple, but not getting leading role billing.

SPEED SISTERS (Dogwoof). An all women’s motor racing team – the first in Arabia – represent Palestine. The four women have a hard time finding a decent space to train. They use parking lots. Life is not easy under Israeli occupation. It’s dangerous, negotiating Israeli military check points and rubber bullets. And then there is the bias of male judges and the social disapproval of their elders. They are lucky their self-sacrificing parents are so supportive. The documentary is too superficial to be effective at either a political or a cultural level.