Home / TRAVEL / DAYS OUT / Orestone Manor is a Devon delight 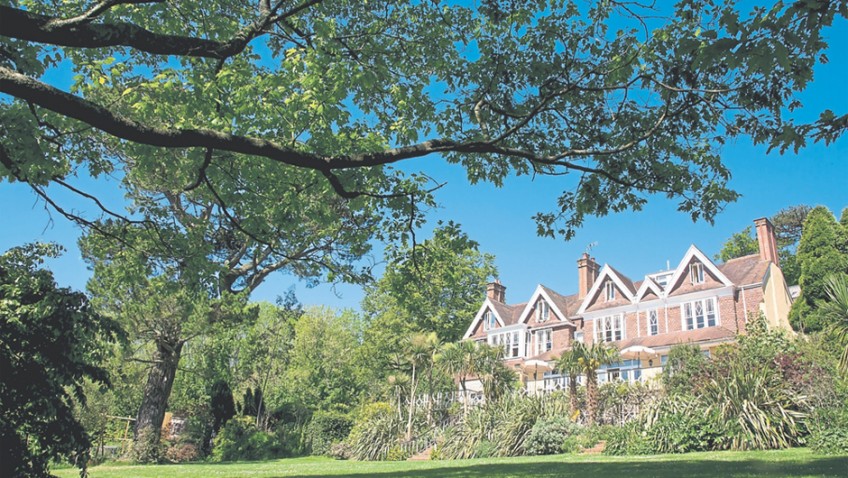 Orestone Manor is a Devon delight

With Christmas just around the corner many of you will be starting to think about getting your Christmas cards ready to send. Despite the emergence of electronic media, I know that Mature Times readers prefer the personal touch of an individually addressed and written Christmas card – after all it shows that you have thought about the recipient – not just decided to send a ‘text’ message on a whim or at the very last minute.

Wherever you get your Christmas cards from, there will be many and varied designs that catch your eye – some costing just a few pence each and others a little more, dependent on the quality of their design and production. However, one thing is for sure, I bet none of you would contemplate spending £25,000 on a Christmas card – well this is exactly what a mint version of the world’s very first Christmas card that sits in the V & A in London is valued at!

This was designed in 1843 in a house in Maidencombe, a small village on the outskirts of Torquay, called Orestone Manor by the renowned artist, Sir John Calcott Horsley, brother-in-law of the great engineer, Isambard Kingdom Brunel. Just 1,000 cards were printed in the original batch and there are believed to be fewer than 20 in existence today – hence their value. The design depicted a family scene and caused controversy because it showed a small child drinking from a glass of wine.

There must have been something in the water around Maidencombe – as well as being the home of Sir John – it was here that he painted a portrait of his famous brother-in-law which now hangs in the National Portrait Gallery – meanwhile, the Jungle Book author, Rudyard Kipling once lived next door in Rock House which was believed to be his inspiration for his story, The House Surgeon.

Having visited, you can see why – this must have been a sleepy, rural hamlet providing peace and tranquillity many years ago whilst being in an area where the scenery can be quite simply stunning. Rolling Devon hills meet red sandstone cliffs. The sea has over the years created many sandy coves and rocky outcrops that are a delight to explore especially out of season. You are close to the South West Coast Path, so walking is plentiful and the sea really does put on a show, especially when there is a swell, crashing to the shore and creating plumes of salty water that I could sit and watch for hours on end.

History clearly plays an important part in Orestone Manor but back to the here and now – a modern day version of the card has now been created by the current owners, the D’Allen family who run the property as a boutique luxury hotel specialising in delicious food and high quality accommodation in peaceful and tranquil surroundings. But it’s fair to say that it’s creativity of another kind that is now on display at Orestone.

From the minute you walk through the front door to the minute you leave, you feel welcomed, relaxed and like a guest in a familiar old friend’s home. The surroundings are intimate and cosy, but not in an ostentatious manner, the staff are friendly and helpful without being obtrusive. The hotel has 14 rooms, three with hot tubs, and all are individually decorated and furnished to a high standard. Many have great views out to sea and across Lyme Bay – my room even had a bath with a view – an excellent way to while away a lazy hour.

But for me, what really makes this hotel stand out is the food – it’s clearly a passion of the owners who are hands on in the kitchen, and the hotel is rapidly gaining a reputation in the local area as a place to eat. Dishes are individually prepared, using high quality locally sourced ingredients, many of them grown in their own kitchen garden on site. It’s fair to say that the food is not pretentious, but that doesn’t mean to say it’s prepared without skill and care – in fact it’s the skill and care that is taken that makes it stand out. With a menu changing daily to reflect what’s available and in season, it really is as fresh and tasty as it could be – an approach that is reflected in the fact that the restaurant holds two AA Rosettes as well as many other awards and accolades.

Orestone Manor is a treat – whether you stay overnight, or visit for lunch or dinner – you are sure of a warm welcome. The hotel clearly reflects the personality of its owners, Neil and Catherine, and that is relaxed, friendly, welcoming and unpretentious – quite simply a Devon delight.

For more information call the hotel direct on 01803 897511 or visit the website at www.orestonemanor.com.