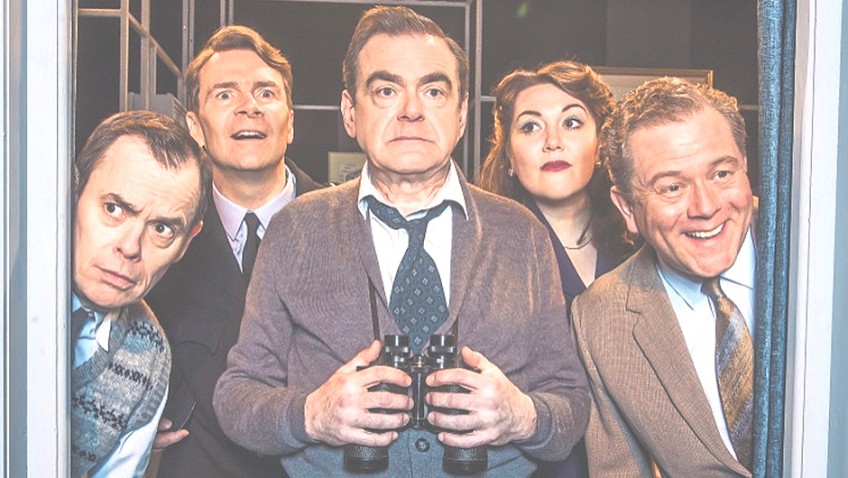 My sofa partner and I settled down in our leisure wear to indulge in a nostalgic wallow through the old sitcoms that the BBC has been promoting in its recently.

There are lots of remakes, prequels and sequels in the Sitcom Season, which ran from 28th August to 16th September, and while some were entertaining, many were disappointing.

Four favourites have been remade bringing classics back to our screens in a one-off format.

Interestingly each were given a different treatment: Are You Being Served was made using the same characters (with the exception of Young Mr Grace) being played by different actors. The talents of Sherrie Hewson as Mrs Slocome, Roy Barraclough, Mr Grainger and as Mr Humphries, Jason Wilkins to name three, were scarily like the originals and as an exercise in impersonations all were superb. However, the plot was appalling and the innuendos embarrassing: very like the original. Goodnight Sweetheart was updated by the 17 years since the last episode with Gary Sparrow jumping between 1962 and 2016. The original cast played their characters all looking 17 years older. For sheer interest in the passing of time and the changing faces of Gary, Phoebe, Yvonne and Reg we enjoyed this programme.

Porridge was cleverly modernised with Fletcher being the grandson of the original inspired Ronnie Barker character, inside for cyber-crimes; probably the best of the bunch.

Keeping Up Appearances was remade with a prequel of Young Hyacinth which I am sorry to say was so bad we turned over after 10 minutes.

BBC Four aired recreations of classic Lost Sitcoms (Hancock’s Half Hour, Steptoe and Son and Till Death Us Do Part). The scripts for these shows still exist but the original recordings have vanished from the archives.

Hancock’s Half Hour is written by Ray Galton and Alan Simpson and this year marks 60 years since the iconic sitcom started on BBC Television.

Steptoe and Son, also written by Ray Galton and Alan Simpson, originally ran from 1962 to 1965.

Till Death Us Do Part, written by Johnny Speight, sees Simon Day reprise the role of Alf Garnett in the episode A Woman’s Place Is in The Home: nowadays a dangerous statement.

They all did their best and again this was an interesting way of using the original scripts. The contrivance did more to indicate the changing attitudes to comedy and social exchanges. Hancock has all the right characters but was not very funny.

The BBC has used this season to introduce five new shows:
The Coopers vs The Rest
Home from Home
We the Jury
Motherland
Our Ex-wife

We watched some of them, particularly enjoying the exploits of Johnny Vegas in Home from Home and will most likely watch the others on iPlayer.

Hopefully the BBC will have some hits on their hands and we can look forward to a cosy winter laughing at new characters and comedy.

Let me know what you thought of the Sitcom Season, what you think would make a good series and who are your past and present favourites?