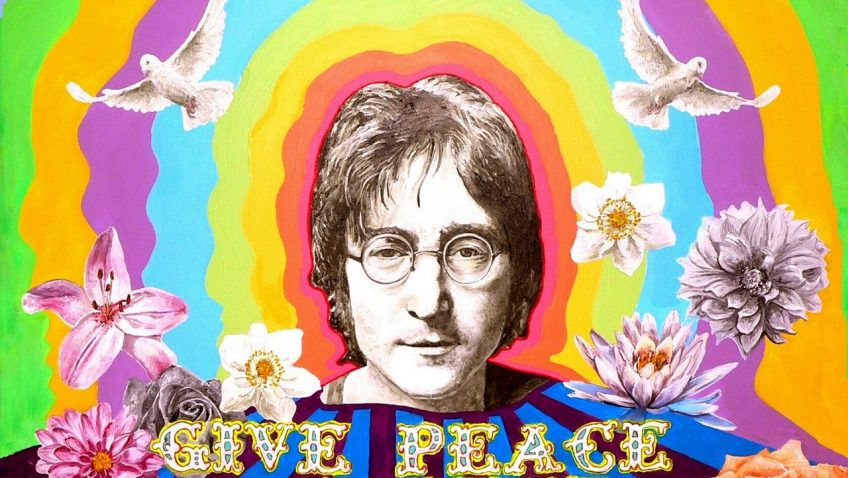 LENNON: A WEEK IN THE LIFE

Mention the names of Dick Clement and Ian La Frenais and Porridge and The Likely Lads spring instantly to mind, these being the classic comedies for which the writers are best known and most widely revered. Another work created by the pair is Lennon:A Week In The Life. Adapted for radio by Lizzie Nunnery, the play focuses on the immediate aftermath of that sad, momentous day when Beatle John Lennon was shot down and killed in New York, a city where, ironically, he felt less “bugged” by his fans. I read the news today, oh boy, John Lennon had sung, and on 8th December 1980, forty years ago this month, Lennon’s own death was the shocking news everybody was reading about.

Interspersing fact with fiction, real people with invented characters, the dark and sad with the light and joyous, the play has been re-broadcast this year to commemorate the 40th anniversary of this loss by celebrating the man and by also paying tribute to those who knew Lennon in the early days, to Liverpool, and to the living legacy of John Lennon’s music, philosophy and aspirations. As bursts of music intermix with snippets of authentic news reports, with John’s own words and with emotionally-charged vox pops from the time, we can all Twist and Shout, Imagine and Give Peace a Chance. Meanwhile, imagined dramas also unfold, threading the piece through with added interest, a bit of suspense, and with hope.

Real life main character, Sam Leach (played by Tony Maudsby), the Beatles’ first promoter before Brian Epstein came along, is incensed when just a paltry forty people turn up at a memorial service for the former Beatle at St Nicholas’ Parish Church, Liverpool – though this is the result of really poor advertising rather than a lack of caring. Sam’s bent on putting things right by organising a fitting, grand-scale memorial concert himself, even if, to his wife’s deep dismay, it’s much easier said than done and their life savings have be spent to fund it.

The script injects various little dramas that keep the play bobbing along, sometimes at quite a breathless, flitty lick: as well as the relationship of Sam and wife Joan (Joanna Monro) and the problems of setting up the event, there’s the extra-marital romantic liaison of Janine and Morris and then the relationship of wayward, runaway youth Kenny with officer Clive Inch who must find the rebellious, truculent lad and persuade him he should set his life on a different course – just as a rebellious, truculent Lennon once did. The mini-dramas of the characters link to their encounters – past, present and ongoing – with Lennon and his music, encounters that bring them all, in the end, to certain, sudden realisations about their own lives and relationships, injecting them with fresh impetus. Yes, there’s a lot packed in there!

Billy Butler, on local radio at the time, also recreates his earlier self in this tribute, which is a celebration of life, music and community, which urges us all to remember that All You Need is Love.