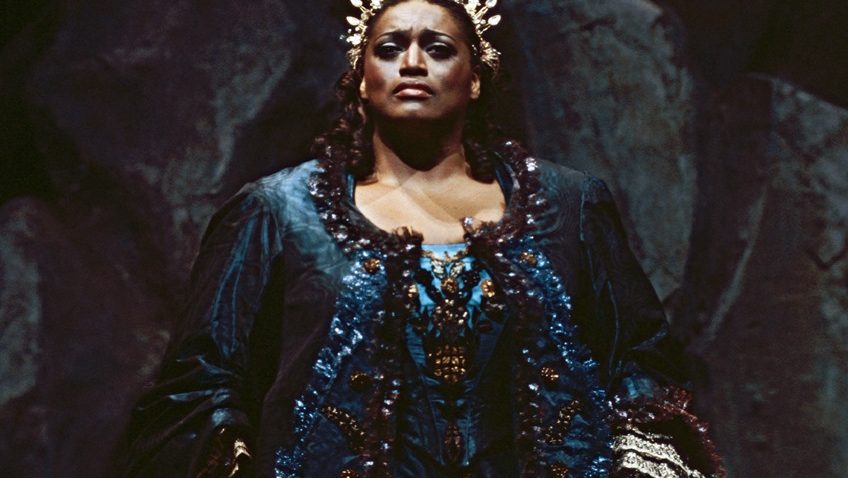 Richard Strauss’s Ariadne auf Naxos, which premiered in Stratford in 1912 and then was revised and performed in Vienna in 1916, is an opera-within-an-opera. The libretto is by Hugo Von Hofmannsthal.

The opera opens with a Prologue. The richest man in Vienna, a nouveau riche, commissions an opera. The composer writes an opera about Adriane’s betrayal by Theseus and is outraged when the patron says the opera will be either preceded by or followed by an Italian farce and fireworks.

The buffoonery is to be improvised by a commedia dell’arte troupe. The composer says his opera is a serious and profound work and argues that you can’t mix high tragedy and low comedy. But that is exactly what Strauss and Hofmannsthal have done.

The patron then changes his mind and says the opera and farce have to be performed simultaneously. The jokes about patronage, backstage chaos, tantrums, egos and tenors behaving like prima donnas and demanding cuts and rewrites will be familiar to anybody in show business.

The composer (Tatiana Troyanos) falls in love with Zerbinetta (vivacious Kathleen Battle), a member of the troupe. Troyanos singing about music being the most sacred of arts is one of the finest moments.

The second act is devoted to the actual opera. Ariadne, you will remember, fell in love with Theseus and gave him the thread which enabled him to find his way out of the labyrinth after he had killed the Minotaur. Their affair was brief. He ditched her when they got to Naxos.

The distraught, weeping, inconsolable Ariadne (the wonderful Jessye Norman) has a great aria of pain and anguish. She is interrupted firstly by Harlequin and then by the whole troupe. Their poorly choreographed antics irritate rather than raise a smile

Zerbinetta has a long coloratura aria. Her joie de vivre is a welcome antidote to Ariadne’s morbidity. Battle’s glorious singing is another of the production’s high spots. So, too, is the three nymphs’ announcement of the arrival of the not-so-young god Bacchus (James King) whose voice, offstage and on-stage, is so soothing. Jessye Norman and James King’s duet has a tremendous Wagnerian power and takes Strauss’s opera to another level.