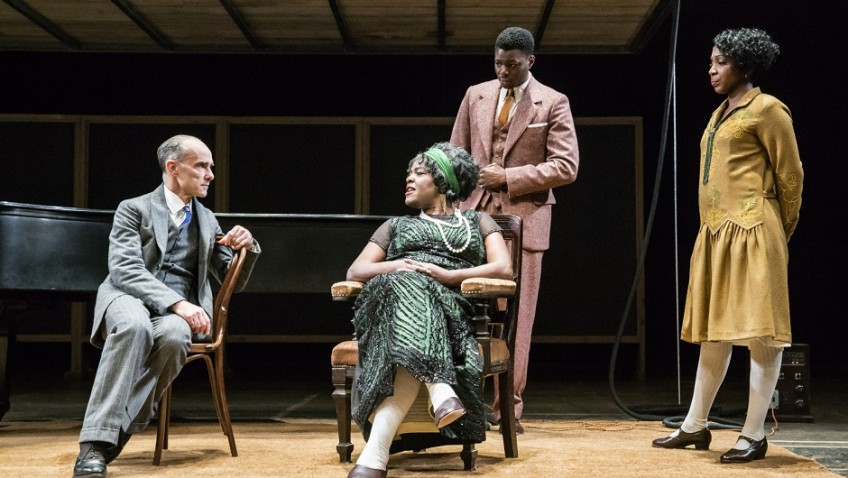 August Wilson is one of the great American playwrights of the 20thcentury, up there with Eugene O’Neil, Tennessee Williams and Arthur Miller.

The National Theatre had one of its biggest successes when Howard Davies directed Ma Rainey’s Black Bottom in 1989 and it’s great to have the opportunity to see it again with a fine cast directed by Dominic Cooke. 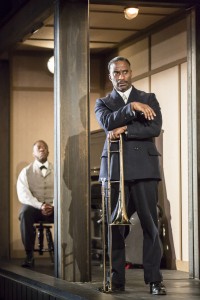 The play, set in the 1920s, is part of August Wilson’s Pittsburgh cycle, consisting of ten plays, one for each decade, charting the Black experience in 20th century America.

Ma Rainey and her band have come to a Chicago studio to record “Black Bottom”. The white record company wants her to sing an up‑dated jazzy version, aimed at a white market. Ma Rainey wants to sing her old Blues version.

Ma Rainey, a formidable, tempestuous black diva, the most popular Blues singer of her day, behaves like a prima donna. She arrives late, delays recording until she has drunk a coke (which involves somebody going shopping) and insists her stuttering young nephew makes the introduction to the song.

Ma Rainey is a star role and Sharon C Clarke has the star quality and the voice to play her.

But the play is as much about the band as her. They are rehearsing in a very long and very narrow room in the basement. Wilson concentrates not only on the friction between them but also on their lives and their histories, which include the rape of a mother in front of her child and the humiliation of a black preacher. 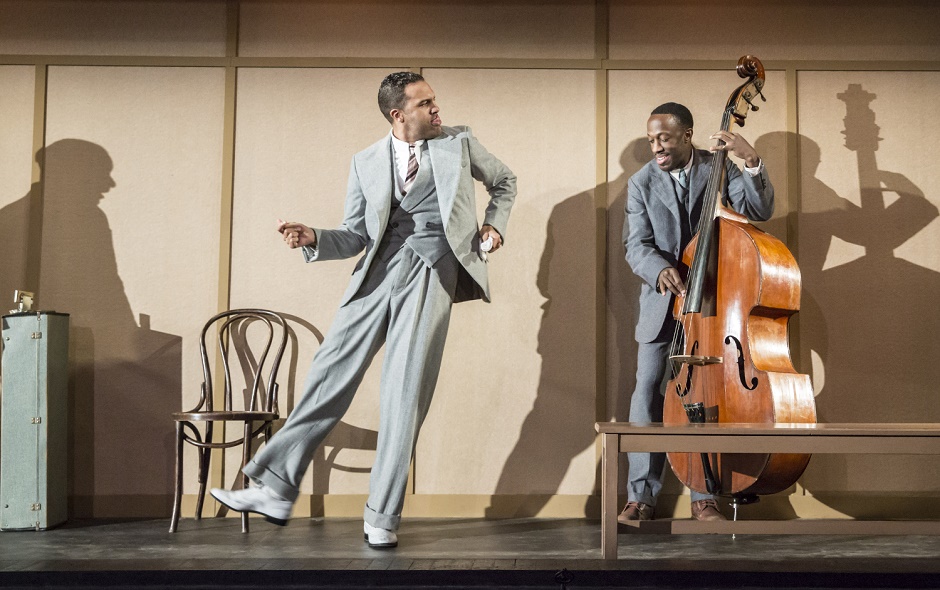 Lucian Msamati is particularly impressive as the philosophic pianist who believes that too many blacks think that there is nothing more to life than having a good time.

O-T Fagbenle has the showiest role and makes a big impression as the brash, sexy horn player, in fancy white shoes, who has ambitions to form his own band, and reacts badly when he is rejected.

There will be a lot of people, like myself, coming out of the National Theatre, hoping that somebody will be brave enough to stage the whole ten play cycle as a cycle. Casting would be no problem. There is plenty of Black talent out there.