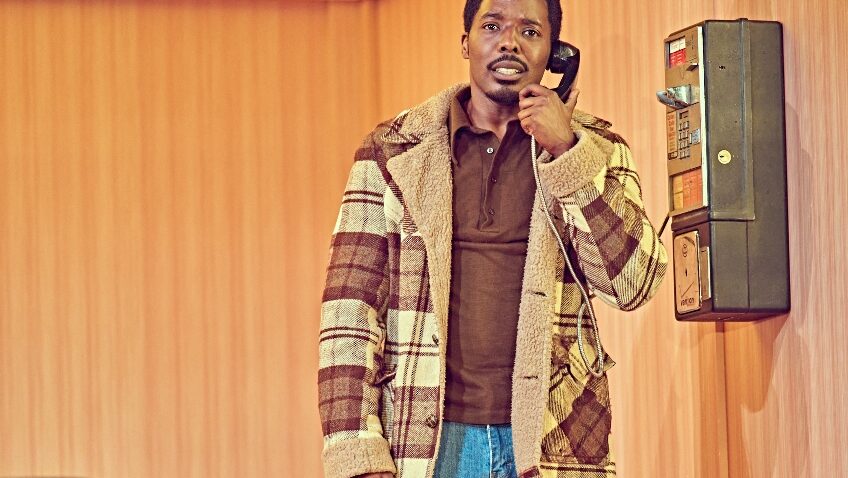 August Wilson (1945-2005), the great African-American multi-award-winning playwright, wrote a cycle of plays, The Pittsburgh Cycle, which covers the American-Black man’s experience in the twentieth century. Wilson grew up in the Hill District of Pittsburgh.

There is one play for each decade Jitney, the seventh play, was last seen in the UK in 2001 in an excellent American production at the National Theatre. It’s good to see it again in this excellent co-production between Headlong, Leeds Playhouse and The Old Vic, directed by Tinuke Craig.

I must admit, initially, I had a language problem in the first scene and thought I was going to need sub-titles. But the longer the production went on the more attuned I became to the dialogue. The actors are highly physical, using their whole body, and verbally dexterous.

Wilson goes in for big speeches and is not afraid to lecture his black audience on how they should behave. Words like respect, decency and pride figure large in his vocabulary.

Jitney is set in the 1970s in the run-down office of a jitney (unlicensed taxi-cab) firm in an area which is being pulled down for redevelopment. The drivers will soon be out of a job.

The boss’s son (Leemore Marrett Jr) has just come out of prison having served a 20-year sentence for having murdered his white girlfriend, who, caught in flagrante dilecto in the back of a car by her daddy, told a lie (to defend her reputation) and accused him of rape. Marrett is a bit young to be playing a 39-year-old.

There is a blazing confrontation between the boss (Wil Johnson, impressive) and his son, each blaming the other for the death of the boy’s mother, who had not wanted to live to see him go to the electric chair.

An older cabman (Geoff Aymer), who had fought in Vietnam, “cleaning up the dead from the battle field,” reminds a younger man (Solomon Israel, a charmer) that there are plenty of opportunities for blacks and that he has got to get out of thinking that “White folk is against you” and realise that “White folk don’t even know you exist.”

The other cabbies include a compulsive trouble-maker (Simon Sule, hyperactive) who wields a gun and a rasping drunk (Tony Marshall) in danger of being sacked.

I hope the success of Tinuke Craig’s strongly cast revival will lead to more revivals of August Wilson’s plays. When it comes to playwriting, Wilson is right up there with Eugene O’Neill.

In America, Denzel Washington has a deal with HBO to bring all ten plays to the screen. It would be great if a UK theatrical management could stage the whole cycle over a three-year period.