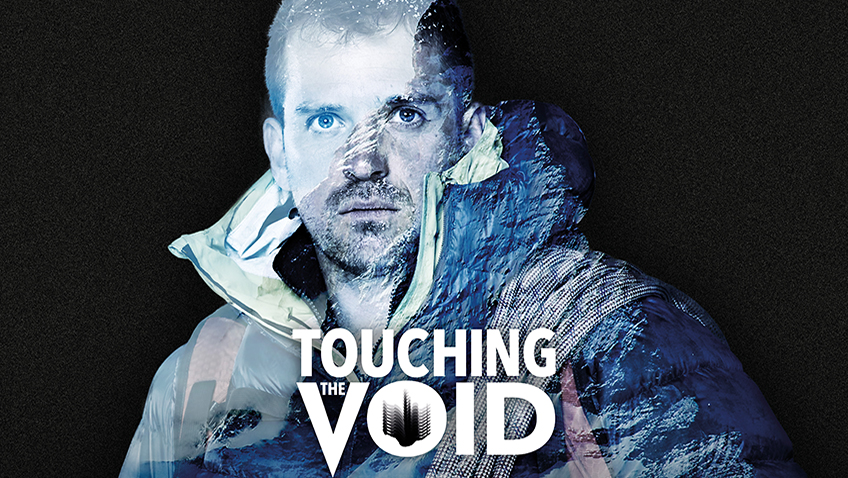 “Simon!” A desperate voice booms and echoes out of the darkness; we are immediately gripped.

Who would have thought that Joe Simpson’s novel

, the epic story of the survival of Joe Simpson following the tragic turn of events with climbing partner, Simon Yates, on Siula Grande in the Peruvian Andes in 1985, would ever make such a spectacular, transfixing and moving stage production?

Director Tom Morris not only brings this epic story to life, but also unravels, in the intimate space of the Old Vic, the deep themes of loneliness, friendship and human approaches to life and death. What’s more, writer David Greig has managed to sew threads of humour amidst the horror of Joe and Simon’s ordeal.

Ty Green’s set, a chilling crazy-paving meshed metal structure that cleverly represents the peaks of mountains and jagged, frightening edges of crevasses, hangs, twists and turns to act as the mountain on which the characters heave, climb and cling to for dear life. The rugged wood furniture of the Clachaig Inn in Glencoe, the set where much of the story is explored, also doubles up as rock faces, which the actors climb with feeling and gusto, imposing a real sense of precariousness and fear as white knuckles grip the edges of the wobbling table propped against the stage wall.

Ingenious lighting from Chris Davey plays tricks with perspective, giving an unnerving, realistic effect of vertical drops, steep slopes and uncertain blackness, while the soundtrack, taken from Joe Simpson’s ‘Desert Island Discs’ as an inspiration, features loud, timeless classics that give the production a cinematic edge.

Writer David Greig describes the production as a ‘fantasia’ and explains: ‘what I mean by that is that we’ve let the show explore the many worlds, characters and possibilities, which fizz and pop and come alive in our minds when we’re fighting for our lives.’

Regardless of your interest in mountain climbing, this is an absolute must-see.