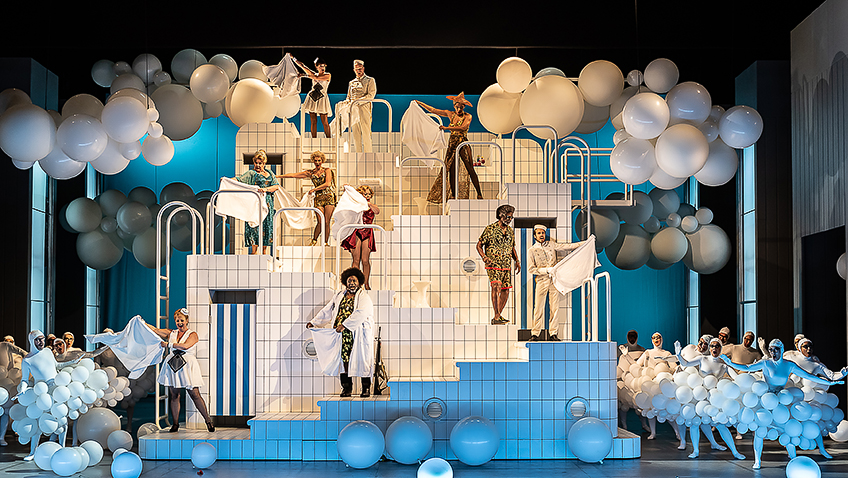 The first great full-length classical French operetta was Jacques Offenbach’s Orpheus in the Underworld and it premiered in Paris in 1858 with scenery by Gustave Dore. Gay Paree loved it, the tunes, the double entendres and the comic subversive irreverence.

The critics, however, thought the operetta vulgar, indecent, coarse and grotesque. What riled them most was the lampooning of classical antiquity and Gluck’s opera. 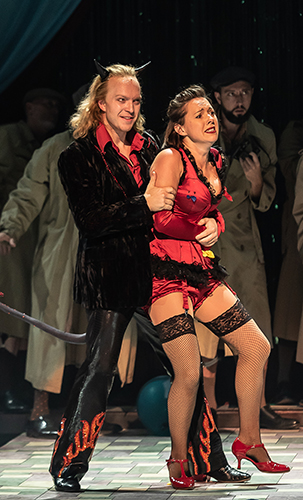 The revised four act version premiered in 1874. Richard Wagner described it as “a dunghill in which the whole of Europe wallowed.”

Offenbach’s satire is at the expense of Parisian high society during the Second Empire, an era famous for its glamour and sexual frivolity, for its grand horizontals and its oh-la-la debauchery in luxurious brothels and, of course, the can-can.

The last time I saw ENO perform the operetta, Offenbach was completely eclipsed by cartoonist Gerald Scarfe. Only one singer had a big enough comic personality to compete with the sheer size and vulgarity of his outrageous sets, backdrops and costumes.

The present production, conducted by Sian Edwards, is directed by Emma Rice, who has never directed an opera before. Finding the original libretto was not funny she has rewritten it and set the action in London in the 1950’s. The lyrics are by Tom Morris.

The show has now lost whatever French charm and sparkle it once had and it’s not funny at all. Where’s the nectar? Where’s the ambrosia? Where, for hell’s sake, is the can-can, the Gallop Infernal?

Without a fully choreographed exuberant high-kicking can-can with lifting of skirts and petticoats, screams and yelps, cartwheels and splits, Offenbach is not Offenbach.

The movement throughout is so limited and so amateurish. It is very much a balloon production. There are balloons everywhere. The chorus in white body suits wears balloons. Balloons even pretend to be sheep.

Rice begins with a back story in mime during the overture. The marriage of Orpheus and Eurydice is instantly followed by the death of their baby. A funeral is not a good starting point for an operetta and ITT isn’t until the gods make their frantic descent to the underworld – “we are going to Hell” – which closes the second act that the production momentarily comes to life.

The story is much more about Eurydice (Mary Bevan) than it is about Orpheus (Ed Lyon) who is off-stage for so much of the time that (a nice joke, this) even the cast on stage comment on it.

Whilst Orpheus is being driven around in a black taxi by Public Opinion (Lucia Lucas), a London cabbie, Pluto (Alex Otterburn, a devilishly camp scene-stealer) in sleazy hell, turns Eurydice into a sex worker for the Olympians and locks her up in a sordid little unfurnished room where Jupiter (Willard White), disguised as a fly, gives her the orgasm of a lifetime. The fly is played by a puppeteer with a fly at the end of a long rod which goes everywhere, and I mean everywhere.

Orpheus in the Underworld is alternating with Gluck’s Orpheus and Eurydice and will very soon be joined by Harrison Birtwistle’s The Mask of Orpheus and Nicholas Cage’s Orphée, an adaptation of Cocteau’s film. 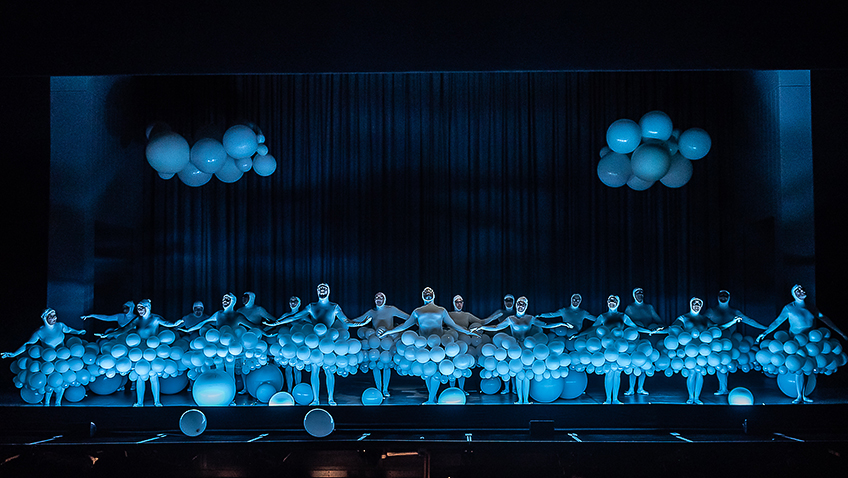 ENO’s Orpheus in the Underworld