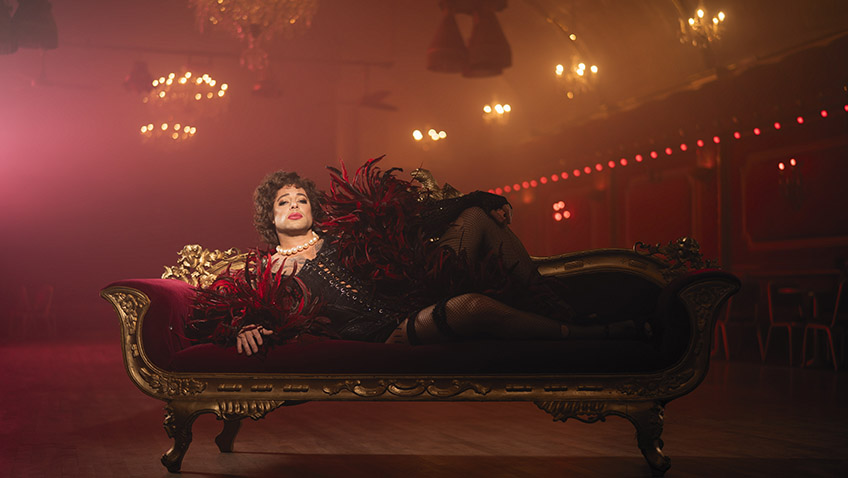 Oh What A Sight!

A slightly balmy evening in the centre of Bristol with a throng of people massing outside the city’s premier theatre, the Hippodrome. What must the workers returning home after their day in the offices have made of the spectacle that they witnessed?

Confronted, as they were, by men and women of all ages outrageously attired in their favourite characters from the production opening that evening – it looked like a drag club had set up residence outside – heads couldn’t help but turn and mouths couldn’t do anything other than gasp at some of the sights on show. 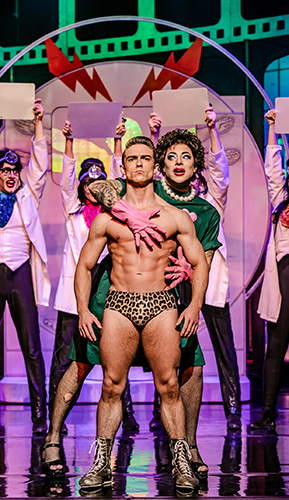 This was of course the opening night of the Rocky Horror Show as it hits town on its latest world tour. The musical, as you may well know, is a cult classic with a strong and loyal following amongst its audiences who like to immerse themselves fully in the “Rocky” experience and tonight was no different – hence the spectacle that confronted those innocent passers by!

The show is camp, it is outrageous, it is over the top, it is hammy and it is thoroughly enjoyable. If you’ve never seen it, go along and immerse yourselves in the experience, it’s probably the most interaction between cast and audience that you will ever see in a theatre. It sometimes feels as though the audience know the script better than the cast as heckles and one liners are thrown out towards the stage on an almost constant basis – something of course that the cast expect to happen and which they thrive off!

The show isn’t short on energy either, telling the story of mad transvestite scientist Dr Frank N. Furter, as he corrupts newly engaged and innocent Brad and Janet (yes that’s right Janet as the audience constantly tell you) who unexpectedly turn up at his house after their car breaks down. What follows beggars belief as Brad (James Darch) and Janet (Joanne Clifton) meet a motley cast of characters including creepy butler, Riff Raff, Furter’s creation the magnificently muscly Rocky, Magenta and others as their innocence is slowly but surely lost!

Darch and Clifton play the innocent couple just right whilst Duncan James commands the stage as Furter, his performance dominating proceedings. Other special mentions should go to Kristian Lavercombe whose portrayal of Rif Raff is so creepy, but so perfect, it would probably get him locked up should be do it in real life, Callum Evans who plays Rocky not just for his muscles and physique but also for his spectacular gymnastic moves and of course to Dom Joly who plays the narrator with just enough understated aplomb.

And that’s before we get to the shows score which is powerful throughout – I challenge anybody who was there not to be humming the Time Warp on their way home – after all everyone was up doing it in the theatre! 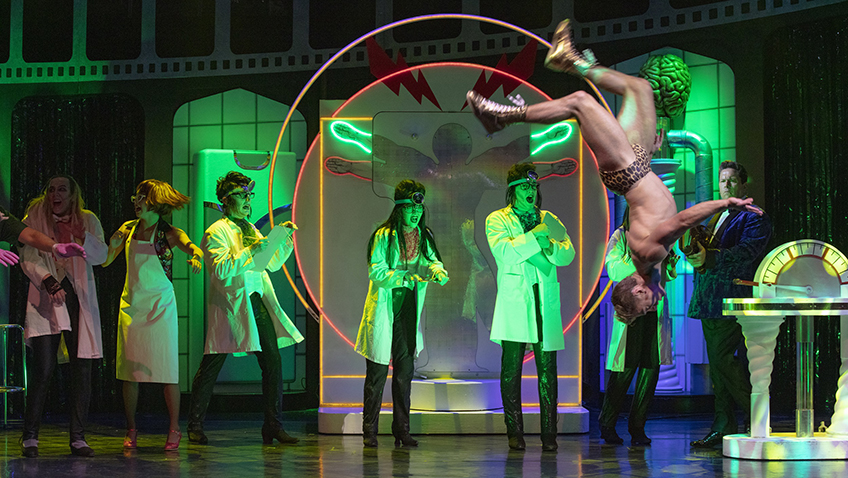 You can see why this show has been going for over 45 years now. If you want to be thoroughly entertained, if you want to lose yourself in the moment and if you want to participate in what must surely be an “institution” in the theatre world go and see it – you won’t be disappointed – and by the end I guarantee you’ll be doing those pelvic thrusts just like the cast and everybody else in the audience!

The show is at Bristol Hippodrome until Saturday 22 June for tickets call 0844 871 3012, online via www.atgtickets.com/Bristol or visiting the box office in person.