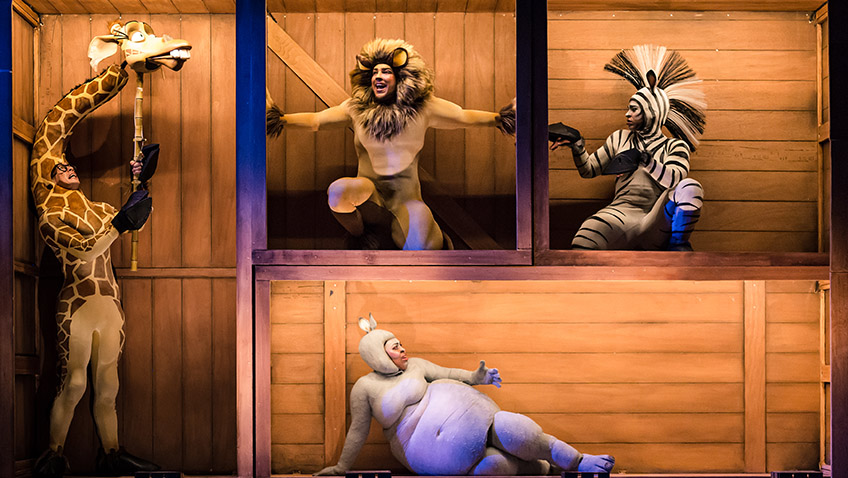 Mature Times reviews Madagascar the Musical at the Bristol Hippodrome

If you if know anything about Madagascar the Movie, you may be wondering how on earth its iconic cartoon characters could be matched in a stage performance. Well, look no further: Selladoor have successfully brought the Dreamworks classic to life and laughter in their colourful, tuneful stage production.

Based on the 2005 DreamWorks animated film, the plot follows Alex the Lion, Marty the Zebra, Melman the Giraffe, Gloria the Hippo and a band of plucky penguins from their comfortable lives in New York’s Central Park Zoo, to an adventurous escape and subsequent journey into the wilds of the island of Madagascar.

The uncomplicated story allows even the most fidgety of five year olds to follow the action with ease, while Fabian Aloise’s fast-paced choreography sees both actors and puppets throwing fun and funky moves throughout. 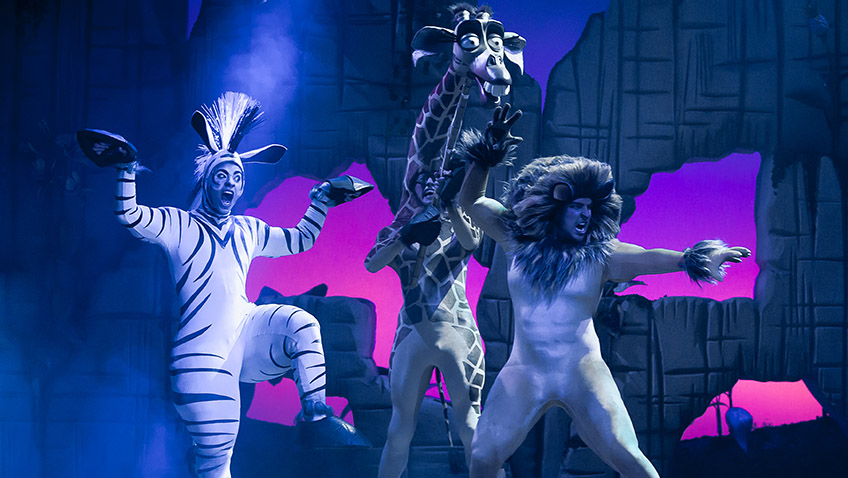 The music is lively and engaging and the enthusiastic cast delivered faultless performances on every track. The audience (kids, adults and grandparents alike) struggled to stay in their seats once the familiar-to-all ‘move it move it’ number took over the stage. The puppets are surprisingly convincing and enriched by the resounding voices of the show’s accomplished puppeteers.

The show is a feast of entertainment for all ages. From the hypochondria of Melman the Giraffe (Jamie Lee-Morgan) and his subtle gag about his gift of a thermometer slipped into the script, to a fleeting floss (much to the delight of my seven year old) it was smiles and bright eyes all round.

The second half sees Alex the Lion and friends meet King Julien and his clique of lemurs; this is when the comedy really begins. Jo Parsons’ hilarious portrayal of this crazy character really did steal the show. Who knew that retching could be so funny? 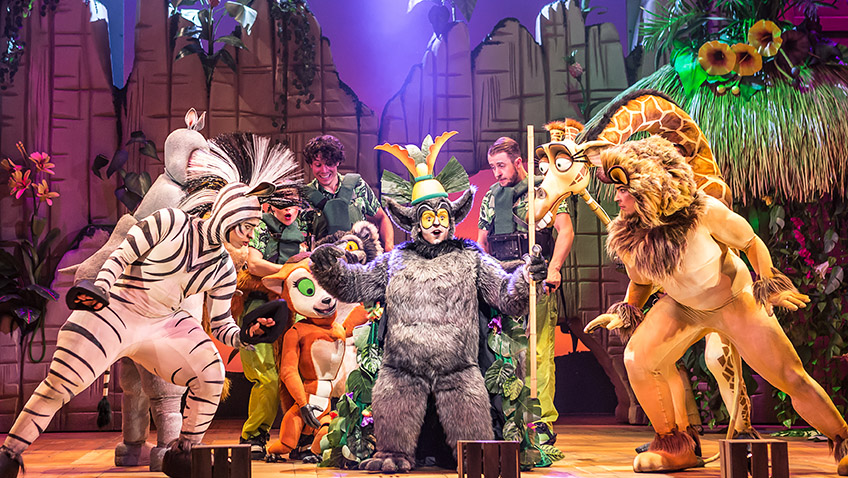 Alex the Lion was played by understudy, Brandon Gale, in this performance, but unless you are a particular Matt Terry or X Factor fan, there was no disappointment. Gale seamlessly threw out the dance moves, hit the right notes and delivered a thoroughly convincing and lovable Alex the Lion to the Bristol stage.

All in all, Madagascar the Musical is well worth seeing and would make a fantastic evening out for all the family.

Madagascar the Musical is at the Bristol Hippodrome until Saturday 13th October and touring until summer 2019.

Details of tour dates and tickets, priced £16.90 – £45.40, are available via: https://www.atgtickets.com/shows/madagascar-the-musical/