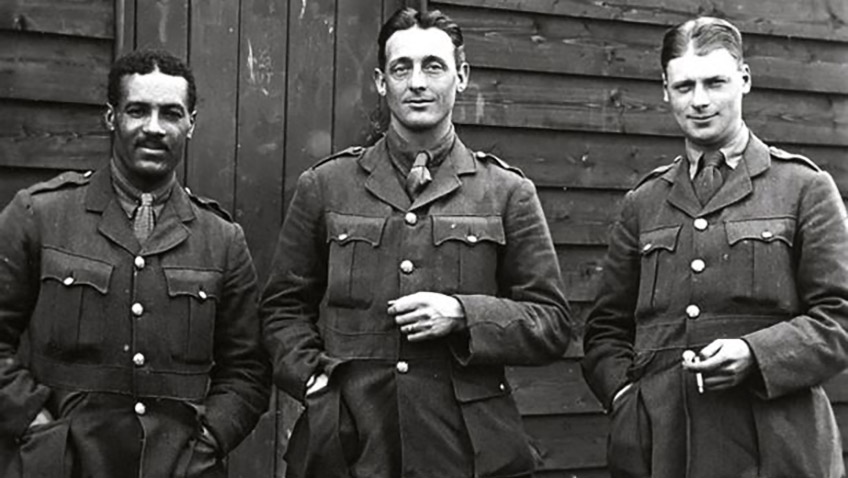 Black History Month has been marked in the UK for over 30 years and takes place every October. It aims to celebrate the achievements and contributions of the black community today and throughout history.

As part of Black History Month 2018 and the centenary of World War One, we remember the significant contribution of black soldiers during the First World War.

Black soldiers have played an important part in British military history for centuries, but during the First World War, the service of black soldiers was more far-reaching than ever before. According to the British Council, involvement was hugely widespread and included South African and Caribbean soldiers who joined the British army; African Americans in the American Expeditionary Force; North and West Africans in the French army and East Africans in the German army. Overall, at least 80,000 black Africans fought, and of these, more than 10,000 died.

According to National Army Museum documents, there was: “a reluctance to deploy West Indian soldiers in front-line positions, especially on the Western Front. Instead, they were given support roles, performing labour-intensive duties away from the fighting. However, towards the end of the conflict, two battalions of the British West Indies Regiment saw front-line action during the campaign in Palestine.”

In the UK, many men from Britain’s small black communities joined the war effort, including the professional footballer Walter Tull. Despite becoming one of the most celebrated black British soldiers of the First World War, many people know little or nothing about him. Tull was the British Army’s first ever officer of black heritage to command white troops.

Tragically orphaned at the age of nine, Tull learnt his love of football in an orphanage and went on to play professionally for Tottenham Hotspur and Northampton Town; he was one of English football’s first black players. During his time as a professional footballer, Tull was subjected to terrible racial abuse.

In the autumn of 1914, Tull enlisted with the British Army’s Football Battalion and went on to rise through the ranks to second lieutenant, despite laws at the time preventing it. He fought in the battle of the Somme and was decorated with the 1914-15 star and other British war and victory medals. In 1917-1918 he fought with the 23rd Battalion; he was praised for his “gallantry and coolness” and was put forward for a Military Cross.

On 25 March 1918, Walter Tull was killed in action. Despite the efforts of his men, his body was not recovered from the battlefield. He is commemorated on the Arras memorial.

A campaign for Walter Tull to be awarded the Military Cross is ongoing.

After Britain joined the First World War on 4 August, 1914, black recruits could be found in all branches of the armed forces.

Many, many black servicemen contributed to the war effort and some, like Walter Tull, made the ultimate sacrifice. All of them must be remembered. It is hoped that the centenary of the First World War will help achieve this.