Home / LIFESTYLE / REVIEWS > / THEATRE REVIEWS / Alexandra Burke is powerful, and her confidence strong enough to carry off the show on her own 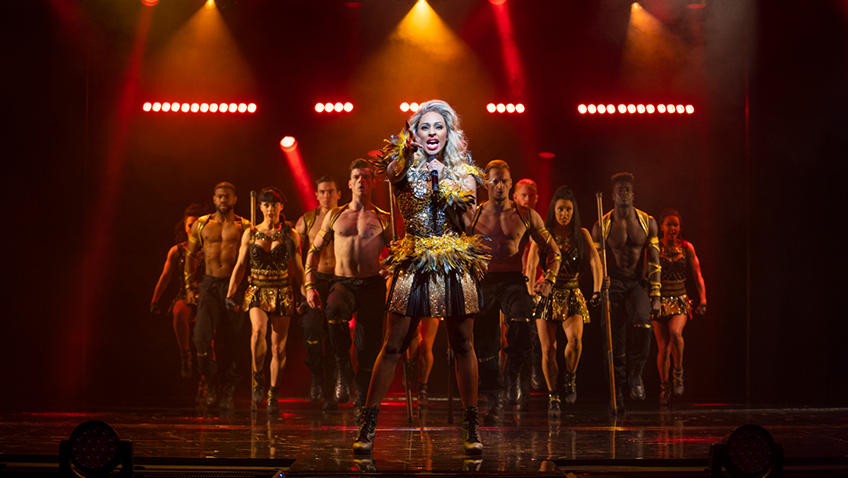 Alexandra Burke is powerful, and her confidence strong enough to carry off the show on her own

Make no mistake about it this is one big musical! It opens with a bang and continues to deliver all the way through, so much so that when you exit the theatre your ears will be ringing…and not just with applause for the cast.

It must be hard for anyone to step into the shoes of that great performer Whitney Houston, who memorably played the lead, Rachel Marron, in the 1992 movie version, but it’s fair to say that Alexandra Burke does just that and does it with aplomb. Perhaps it’s because it is Burke’s third time playing the lead in the show that helps, the experience and comfort that comes from playing the character night after night clearly shows, or perhaps it’s the fact that Burke, with her voice doesn’t attempt to imitate Houston. She doesn’t need to, her voice is powerful enough, and her confidence strong enough to carry off the show on her own.

But Burke couldn’t do it alone and she is ably supported, in more ways than one, by her new bodyguard, Frank Farmer played by the excellent Benoît Maréchal, whose slick performance deals with everything that the superstar and her entourage throws at him. You know the story, you don’t need me to tell you that, but Maréchal is superb in the role. 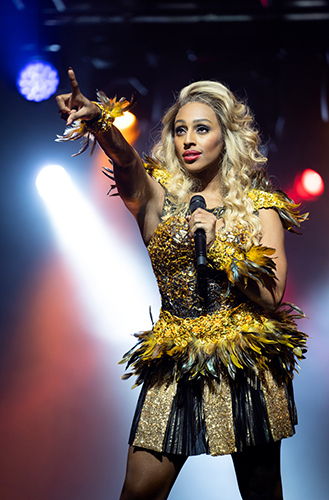 Alexandra Burke in The Bodyguard

This show is not just about the two main protagonists; the show would be nothing without the supporting cast. Special mention goes to the chilling little cameos from Phillip Atkinson, who plays Marron’s stalker, and Micha Richardson who plays Rachel’s sister Nicki Marron, and who clearly has a crush on Frank, but who has little chance of success.

The whole ensemble deserves credit, especially when the “big” dance numbers kick in and the music starts to boom. Burke delivers the songs, but it’s the dancers who deliver the spectacle. At times you are hard pressed to keep up with the action on stage, there’s so much going on. This show is well worth going to see, you certainly won’t be disappointed!

The show is playing at Bristol Hippodrome until Saturday 6 April and then goes onto Cardiff, Norwich, Canterbury, Southampton, Nottingham, Wolverhampton, Edinburgh, Newcastle and finally Dublin.

For tickets visit www.atgtickets.com/bristol and for more information go to www.thebodyguardmusical.com/uk-tour/