Home / LIFESTYLE / REVIEWS > / THEATRE REVIEWS / How many American Presidents have been assassinated? 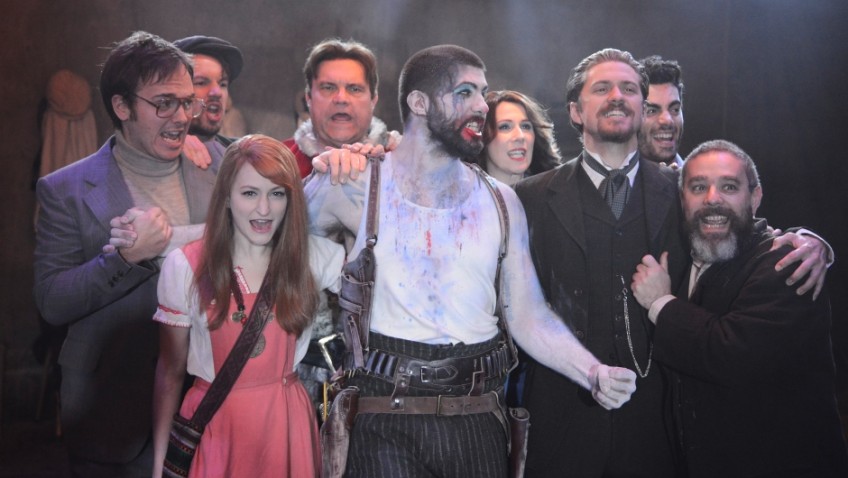 How many American Presidents have been assassinated?

Everybody knows John Wilkes Booth, the actor, shot Abraham Lincoln whilst he was watching a play in 1865 and everybody knows Lee Harvey Oswald shot John F Kennedy in a Presidential motorcade in Dallas in 1963.

But do you know how many other American Presidents were assassinated and can you name their assassins? Four Presidents escaped assassination. Do you know who they were?

An unusual and original way of finding out would be to see Stephen Sondheim’s Assassins, which provides all the answers with distinctive lyrical wit and a score which is in a variety of styles.

The Menier Chocolate Factory Theatre, under the artistic direction of David Babani, is a great champion of Sondheim and regularly and successfully revives his works.

Assassins is the American Dream as the American Nightmare. The action is set in a fairground. Jamie Lloyd’s production is in traverse with the audience sitting either side of an oblong stage and facing each other

John Weidman’s book takes an ironic yet sympathetic line towards the killers. Aaron Tvett’s John Wilkes Booth is a classy and stylish act. Andy Nyman, who plays the crazy Charles Guiteau, who killed William McKinley in 1901 (because he wouldn’t let him be ambassador to Belgium), is very much in the robust vaudeville tradition.

Catherine Tate and Melle Stewart have a lot of fun with two silly brash vulgar girls, who having failed to kill Gerald Ford, throw their bullets after him. There is also very funny scene when Tate is arguing with her bawling son, who is played by a puppet and hilariously bawled by Simon Lipkin.

The most dramatic scene is when all the assassins gang up on Lee Harvey Oswald (Jamie Parker) and urge him to kill JFK: “Make us proud… All you have to do is squeeze your little finger…”

Assassins is strictly for sophisticated and adult audiences who are prepared to listen to the lyrics; and as always, with Sondheim, when you come out of the theatre, you will want to read the published lyrics; and even more so since they are not always audible.