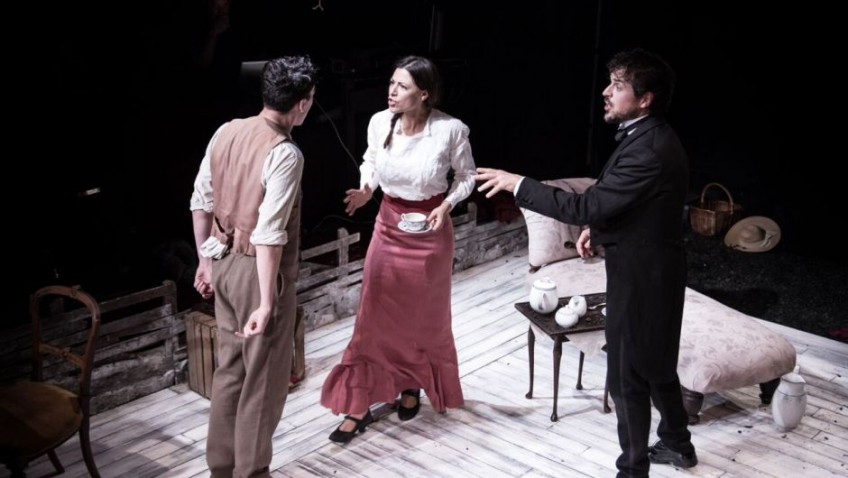 “I love stories that frustrate you,” says Ashley G Holloway

Ashley G Holloway’s strange, hysterical psychological drama is set in rural France in 1921. An English couple is still haunted by the horrors of World War 1.

Things get worse for them when they are visited by a man in a dinner suit (Richard Atwill), brandishing a revolver, and telling them “it’s time to get acquainted with your past” and that lies are no longer acceptable.

“If you really want to shine a light on something,” says Holloway, “put it in the dark first.”

Lesere is the surname of the couple and lesere means “good circumstances” – an ironic title in the circumstances.

The husband (Leon Williams) is forced to confront to the truth of what he actually did during the Battle of the Somme. The wife (Cassandra Thomas) is forced to reveal to whom her secret love poems are really addressed.

There are strong performances from the three actors. The story might be less frustrating if it were told on film, a ghostly surreal film with clever photography.