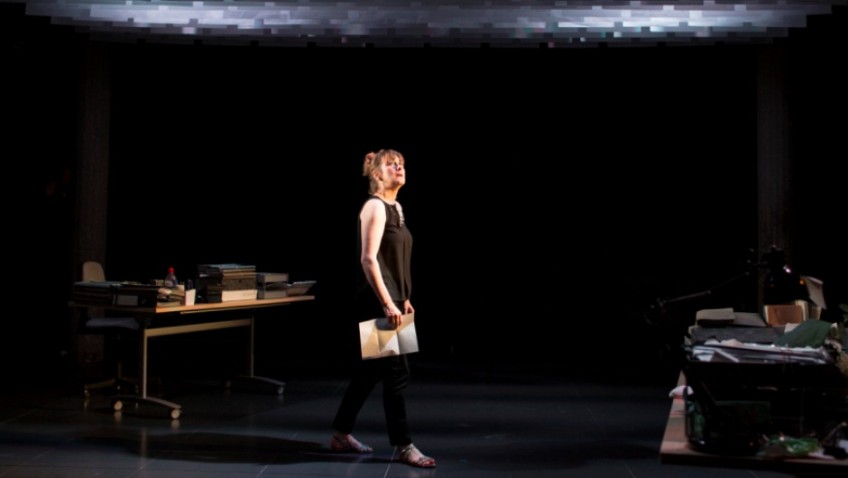 There is no justice unless there is justice for all

The government has made cuts for legal aid and funding for social welfare law advice. The poor and vulnerable have been hit hard. 600,000 fewer people are now entitled to aid.

You might think this would be a good subject for a television documentary, perhaps? Or you might think it would be great as an epic production at a subsidized theatre, which could afford a really big cast of destitutes and it could be really theatrical? Rebecca Lenkiewicz has only five actors and one of them is a lawyer. She examines the human cost in three cases: a black father (Nicholas Bailey) denied access to his children; an elderly Irishman (Niall Buggy) in debt and unable to pay his bills; and a Pakistani wife (Sirine Saba) abused by her husband (Scott Karim) and by her unseen mother-in-law.

Other cases are mentioned in passing, notably one about a dog, which, were it shown on television, you know would get the most response from the public.

The leading character is an over-worked legal aid lawyer (Alexandra Gilbreath) in her forties who runs a centre which is about to be closed down due to lack funds. She is inundated with paper work, symbolized by rows and rows of paperwork hanging above the stage and which you feel at any moment should come down and bury her alive.

The lawyer rarely has time for herself. Seeking relaxation she tries an on-line dating service, only to find that what her dates really want is free advice.  Niall Buggy is very funny as one such elderly date.

Worthy though The Invisible is and well acted, too, it is too thin to be successful either as a polemic or as a drama. The characters are too sketchily drawn to be truly involving and Lenkiewicz doesn’t tell us anything we don’t already know.

The most shocking moment is reported: the abused Pakistani wife goes to the police and an interpreter in the police station advises her to go back to her husband and put up with the abuse and not bring shame to her family.