Home / LIFESTYLE / REVIEWS > / THEATRE REVIEWS / “Lord, what fools these mortals be!” in A Midsummer Night’s Dream 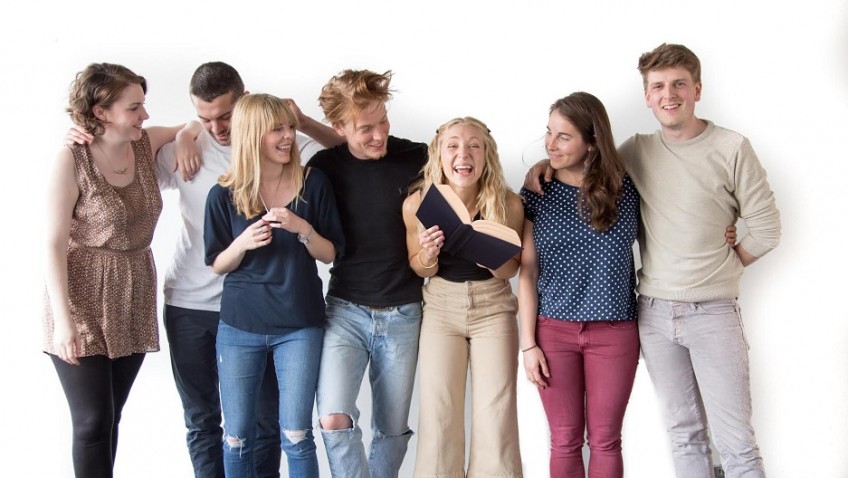 “Lord, what fools these mortals be!” in A Midsummer Night’s Dream

This month there has already been four productions of Shakespeare’s A Midsummer Night’s Dream: one by the RSC, another by Shakespeare’s Globe, a third by the BBC on television and a fourth by a punch-drunk company.

Now there is a fifth production by Simon Evans. How many more bad Dreams do we need?

Purists should definitely stay away. And I would not advise anybody coming to A Midsummer Night’s Dream for the first time to see Simon Evans’s modern traverse production.

The play has been severely cut and audiences who do not know the plot or the characters will have difficulty following the interweaving of Shakespeare’s three separate strands: court, fairies and rude mechanicals.

There is a lot of rushing around. The one and only bit of magic is the light bulbs in the ceiling at the finale.

Freddie Fox’s Bottom is not Shakespeare’s Bottom but he does have a high spot when he physically transforms his head, face, hands, legs and body into a donkey before our very eyes.

The most original moment is when Freddie Hutchins’s Flute (in his role as Thisbe) in the middle of a performance of Pyramus and Thisbe decides it’s pay-back time and teaches the upstaging bully Bottom a lesson he will never forget.

There is audience participation. Warning: if you sit in the front row you are liable to be chosen to play either the love-in-idleness flower potion or the cranny in the wall through which Pyramus and Thisbe speak.