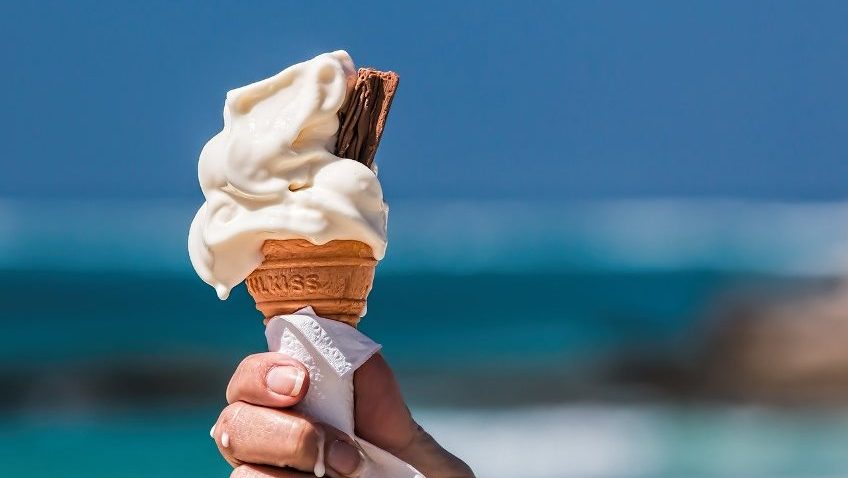 Mature Times travel writer Nigel Heath was so inspired by the clearer skies and enhanced sounds of nature all around his hillside cottage home just outside Monmouth following lockdown, that he set himself the task of writing a poem a day.

‘Funnily enough, I started writing short poems while a pupil at Clevedon Secondary Modern School in North Somerset back in the early 1960s and my English teacher would take them home and type them out for me,’ he recalled.

‘I later became a junior reporter on the local paper and spent the rest of my working life as a journalist and forgot all about writing poetry again until after lockdown,’ said Nigel.

‘I guess I was probably prompted by hearing quite a bit about poetry popping up all around the broadcast media of late,’ he added,

One of Nigel’s first poems was all about the lockdown so here it is for you to read and enjoy.

In lockdown summer,
The skies were mostly blue,
With few vapour trails,
To spray pollution over you.

In lockdown summer,
The birds were heard to sing,
Without the din of traffic,
Drowning everything,

In lockdown summer a million deeds,
Were bravely done,
By NHS staff, our admiration quickly won.
While in the nation’s care homes,
Where even close relatives were not allowed,
Loyal staff carried on,
Despite that Covid cloud,

In lockdown summer,
We were no longer free to roam,
With school and office work,
Mostly done at home.

So, in lockdown summer,
We learned to live and play on line,
With Zoom, WhatsApp and Facebook,
Helping to fill our time,
Keeping in touch with family and friends,
Now coming to the fore,
Probably we’d actually find,
More than we did before!

In lockdown summer,
Home deliveries they went mad,
Supplying food to the elderly,
For which they were most glad,

But in lockdown summer,
Many millions shopped on line,
And for all those delivering the goods,
They were doing fine,

Yet during lockdown summer,
Poets and musicians rose to the fore,
By performing in their homes,
To those many who adore,
Having other ‘spirits’ lifted,
Beyond those walls of four!

While in lockdown summer,
Across at the Albert Hall and Wigmore Halls,
Famous artists of only one,
Sang their Diva’s hearts out,
To auditoriums of none,
City roads were quiet and clear,
And cyclists could venture out,
Almost free from fear,

During lockdown summer,
Social distancing became an art,
As we all struggled to keep,
Those metres two apart,
And during lockdown summer,
Cash was no longer king,
As we paid with contactless cards
For almost everything,
Who wants to handle contaminated money,
While hearing those cash tills ring?

Early in Lockdown summer,
The nation’s gardens were a show,
Because thousands of frustrated gardeners,
Had nowhere else to go!
Yet all those Chelsea lovers,
Got an unexpected treat,
When prize clips
From previous shows,
Were broadcast on repeat.

Conference calls they went on line,
With empty vessels having the most to say,
And squandering precious time,

In lockdown summer,
Ministers gave a daily update,
But for total freedom,
They said we’d have to wait,
Until they knew for certain,
The virus was on the run,
And then they’d take the brakes off,
So, we all could have more fun,

But in lockdown summer,
Poor old Britannia was torn in four,
With Wales, Scotland and Northern Ireland
Not united as before,
For when fighting deadly Corona,
They all had differing views,
On how the lengthy lockdown,
They should eventually defuse,

Before lockdown summer,
Chancellor Sunak splashed the cash,
To keep our companies going,
And to help avoid a crash.
But paying the nation’s wages,
Does not come on the cheap,
We’ll have the biggest debt,
Since the end of World War Two,
But borrowing’s cheap at the moment,
So might that pull us through?

And during lockdown summer,
Leaving the EU’s gone on hold,
But we’re still off before year’s end,
Or at least that’s what we’re told.

By the end of lockdown summer,
Millions more may be on the dole,
So positive new ways,
Will have to be found,
To support them, body and soul,
President Roosevelt achieved it,
With his new deal for all,
So maybe we too can do it too,
Depression for to stall,

So, after lockdown summer,
Will we take a different view?
And from all the lessons we have learned
See the world a new,
Will mighty cities, once plagued with smog,
Want to keep their skies of blue?
Might those jetsetters who need to roam,
Fulfil their desires nearer home?
And might the world’s millions of commuters,
Switch to working on home computers?
Could we change from globalisations,
To being more self-sustaining nations?
And if we all followed that trend,
Might we beat global warming in the end?