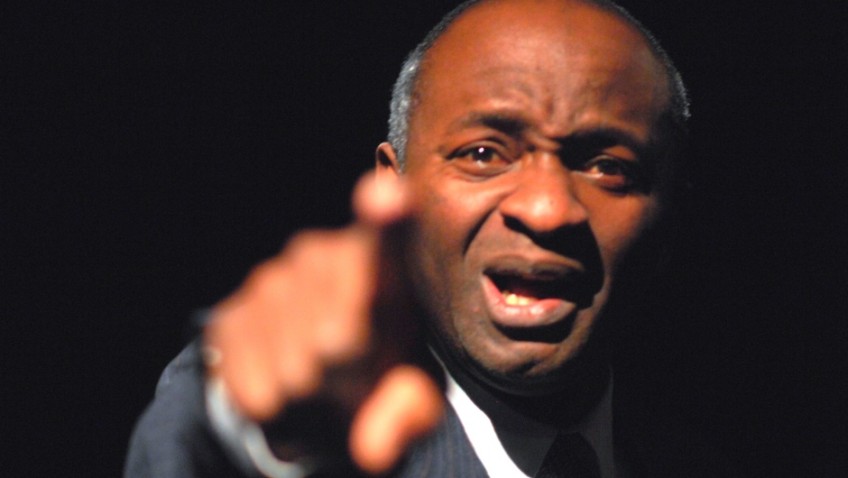 A life with the songs of Paul Robeson

Mention Paul Robeson and, for many, it’s the wonderfully rich, round, deep, deep notes of Ol’ Man River that spring instantly to mind.

Fewer, perhaps, though, recall the wider life and achievements of that man, filled, as it was, with controversy, turmoil, injustice and constant battling, both at a personal level and in the public world of politics and Civil Rights.

In Call Mr Robeson: a life with songs, it’s Tayo Aluko, the writer of the play, who takes on the role of this big man. Son of an escaped African slave in the USA, Robeson became a revered actor, singer and musicologist, a trained lawyer, orator, fine football player and inveterate womaniser.

At the same time, he was someone who, in spite of massive persecution, the wrecking of his career and his health, and threats to his life at a time when Malcolm X and Martin Luther King were both shot dead, still saw it as his duty to carry forward the fight for justice and equality and the eradication of racial and class discrimination. For a while, at least, he became one of the brave drivers aboard the Freedom Train. 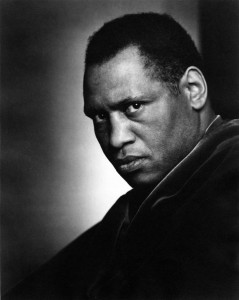 It’s not hard to see why the piece has won numerous awards at various UK and Canadian festivals: Aluko, like Robeson, works with purpose and fervour, holding the audience in the Robeson world for ninety consecutive minutes, powerfully conveying the man’s spirit as he rides and crashes through the ups and downs of life, demonstrating both his strengths and frailties.

Via skilful interweaves of narrative, enactment, movement, music, renditions of those highly celebrated songs and the use of props and recorded sounds that bring in other prominent characters, crowds and drumbeats, we engage head-on with the intense drama of Robeson’s life.

Alongside the grand piano and accompanist Nicki Allan, the stage is set with memorabilia, items that play their part in the story – books, photos, posters, sheet music, large files (that also serve as seats or platforms), and the flags of nations significant in Robeson’s life: the UK is where he lived and performed a great deal; Wales is where, through the miners, he first developed his strong bond with socialism, which spurred on his fight for justice and equality through solidarity; then there’s the USA, his homeland, where racial and political discrimination were still frighteningly rife in the 1950s and 60s, a homeland that hounded, accused and abused him and even took away his passport; and the USSR, where he sent his son to school to escape the massive racial violence and segregation of the USA, but at a time when even the slightest sympathy or friendship with the Reds was regarded as outright, punishable treachery in the US.

It was through music that Robeson entered the world of campaigning and had the chance to do his utmost in the fight against oppression. As a baritone, it’s true Aluko will never achieve the authentic deep bass tones of Robeson, nor will he ever grow to six foot four, but that’s not what matters. In poignant songs like Joe Hill or Goin’ Home, it’s emotion, dynamism, spirit, and commitment to that same cause that matter, and Aluko certainly has them.

The play now continues to tour in the UK, Eire and abroad until next May.