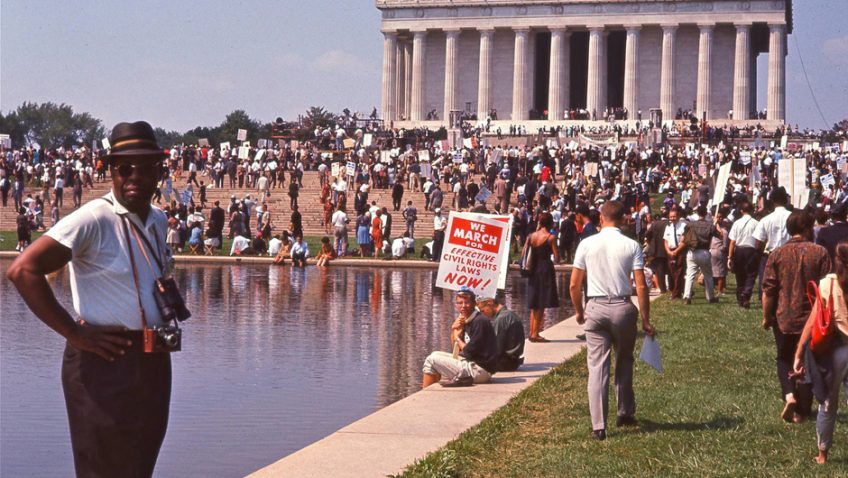 I Am Not Your Negro

is a remarkable film made by two remarkable black men: co-writer/director Raoul Peck, a 64-year-old polyglot Haitian filmmaker, activist and former Minister of Culture; and the late American novelist, playwright, poet, essayist and social critic James Baldwin. Peck’s fresh and sometimes shocking archival images; clips from talk shows – Baldwin’s Dick Cavett show appearance is worth the price of admission alone; the famous 1965 Cambridge (UK) debate, and many feature films complement Baldwin’s powerful words in such a poignant and revelatory manner, that the film was nominated for an Academy Award for Best Documentary. Peck no doubt appreciated the irony that his film lost out to O.J.: Made in America, a tragedy that illustrates Baldwin’s arguments about American history as though tailor-made.

Narrated with gravity and respect by Samuel L Jackson who reads where Baldwin’s own voice is not recorded, the film begins with a letter Baldwin is writing to his agent, Jay Acton, at Spartan Literary Agency on 30 June 1979, eight years before Baldwin’s death from cancer. He writes that he is about to undertake a journey, albeit reluctantly, to tell the story of America through the deaths of Medgar Evers, shot in the back in front of his wife and three children on June 12, 1963; Malcolm X, shot 21 times at an Afro-American Unity meeting on February 21, 1965; and Martin Luther King, Jr. shot outside his room, at the Lorraine Motel in Memphis on April 4, 1968. At the time of Evers’ assassination, he was investigating, on the part of the NAACP, the murder of another black man.

None of these leaders lived to be 40. Baldwin’s reluctance seems to have stemmed from the pain the journey would bring to their families (all three men left children and widows) and to Baldwin, who knew the men and attended their funerals. In his engrossing 1972 memoir No Name in the Street, Baldwin also writes about these deaths, but they serve as launching points for his brilliant insights, explorations of racial themes, observations and biographical stories. It is not meandering, but circling a subject from different angles for greater understanding. This is the style of I Am Not Your Negro

, a film that is not held together not by any order, structure or focus, but by Baldwin’s words, voice, and his unique, eye-opening perspective.

Baldwin never got past page 30 of his proposed manuscript, entitled, Remember This House. We never learn why he did not complete the book, but perhaps like Pablo Picasso, who was expected to design a tombstone for his close friend Guillaume Apollinaire, who died, age 37 (Medgar Evers’ X’s age), and never could, it is the impossibility of dealing with the emotions and struggles that would come in reducing such complex lives and people into one work.

After a miserable childhood in Harlem (his father was a drug addict, his stepfather, an abusive tyrant), which Baldwin wrote about in Go Tell It on the Mountain, Baldwin moved to France in 1948 at the age of 24. He left the USA not only because of the limited future racist America offered, but because of his homosexuality that made him an outcast in the black community as well. Fittingly, this is a subject dealt with in this year’s Academy Award winning film, Moonlight.

Baldwin tells us why he did not join the NAACP or any Christian group (despite having trained to be a minister). ‘I did not join the Black Panthers’, he tells us, ‘because I did not believe all whites were the Devil. He attributes this attitude to an influential white, female teacher, and adds that ‘she, too, was treated as a Negro and had no love of landlords.’ 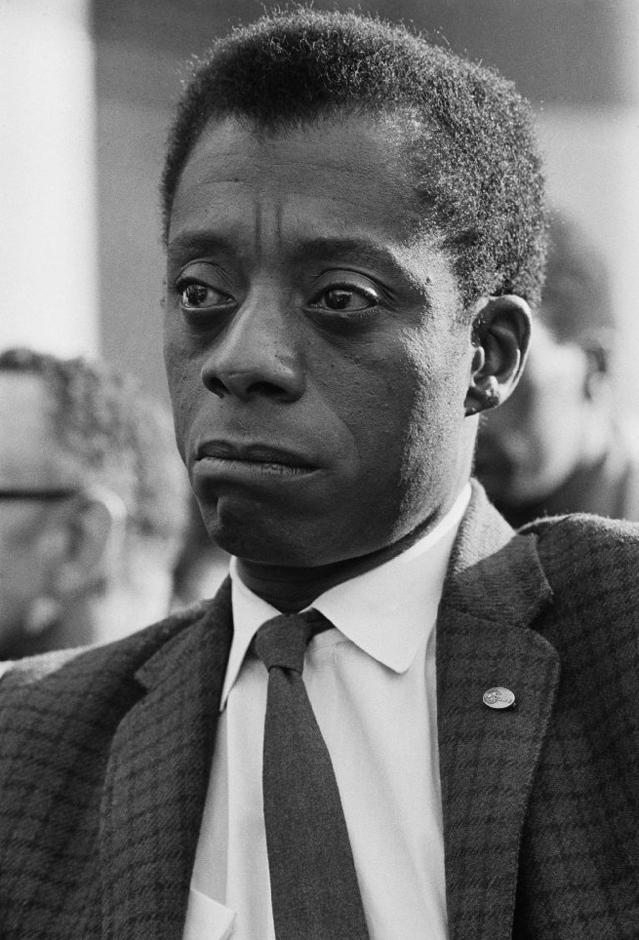 As he recounts in his letter to his agent, in 1957 he knew that he ‘could no longer sit around in France discussing’ the situation in America, and that ‘it was time I returned to American and pay my dues.’ The precise catalyst was a photograph he saw of 15-year-old Dorothy Counts, the first black student admitted to Harry Harding High School, in Charlotte North Carolina following the 1956 Pearsall Plan to integrate public schools. The photo shows white crowds mocking her as she walked to school and we see disgusting photos of school boys with racist signs around their necks.

He later mentions the last time he saw the Raisin in the Sun playwright and activist Lorraine Hansberry, at a disappointing meeting with Robert Kennedy to improve race relations. It ended with Hansberry walking out with a dignified, ‘Goodbye.’ ‘She was 33’, Baldwin writes. ‘When she died, she was 34.’ (She died of cancer).

What will really strike white audiences, in particular, about the film is how Baldwin’s perspective, whether in how he reacts to our cherished films, or in debates or in talk show discussions with ‘sympathetic’ guests, opens up our eyes to what we take for granted and overlook every day. We were blind, and now we can see.

Baldwin describes how a black child who grows up without a mirror seeing only white people in television, in shops, on advertisements and in movies, has no sense of identity, just of not belonging. In a debate with a professor who claims, ‘there are ways other than colour to connect men.’ He claims, ‘I have more in common with a black scholar than with a white person, who is not a scholar,’ Baldwin’s cogent, unrehearsed reply is so powerful it takes you a minute to recover. He ends by pointing out, ‘you are asking me to make an act of faith on evidence of some ideal that I have never seen.’

As Peck juxtaposes scenes from Doris Day’s Lover Come Back and the Pyjama Game that portray an exclusively white and carefree America, with the lynchings that Medgar Evers sees walking through Mississippi. Baldwin is adamant that, ‘the story of the Negro in America is the story of America and ends his triumphant 1065 Cambridge Debate with the words:

‘..until the moment comes, when we, the Americans, we the American people, are able to accept the fact, that I have to accept, for example, that my ancestors are both white and black, that on that continent we are trying to forge a new identity, for which we need each other. That I’m not a ward of America; I’m not an object of missionary charity. I am one of the people who built the country. Until this moment, there is scarcely any hope for the American dream, because the people who are denied the participation in it, by their very presence, will wreck it. And if that happens, it’s a very grave moment for the West. Thank you.’