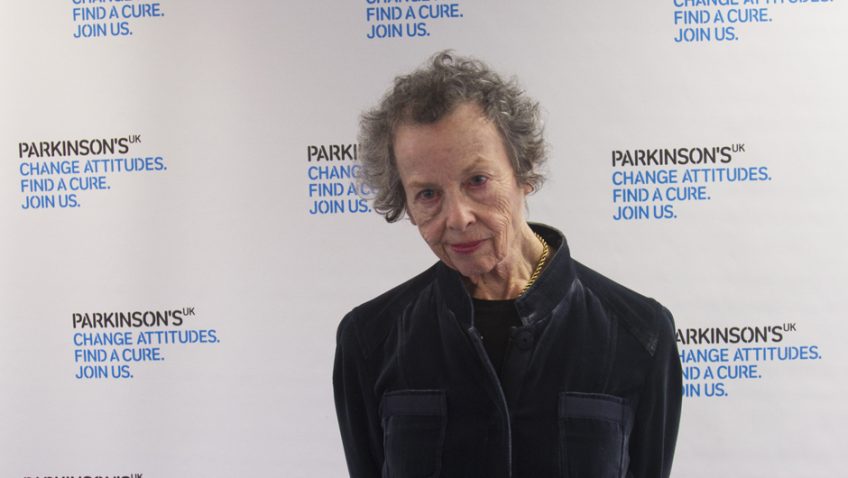 “You’ve got Parkinson’s” the GP announced.

He didn’t sound as though it was important, and he didn’t explain what it meant. But to me it sounded like a death sentence.

I was in my late fifties, busy and even successful, the author of well received crime novels, writing regularly for the Telegraph newspapers and appearing on programmes like Any Questions and Question Time; I was the chairwoman of a “quango”. I lived in a rambling country house in Cornwall with my archaeologist husband, two sons and two daughters.

I’d seen people jerking uncontrollably, flailing their limbs, contorting their bodies into painful poses you would have supposed were physically impossible. That was all I knew about Parkinsons. Sitting in my car in the surgery car park I thought, “I’d rather die.” Should I drive northwards, to the high cliffs that were known as a suicide spot? Or go home, to share this awful news?

Obviously I didn’t go and jump over a cliff. And less obviously, I turned out to be one of the lucky ones. Lucky, firstly, in that my real work, writing, is done alone in a room. Since the diagnosis, I have published six crime novels, two non-fiction books and hundreds of articles and book reviews.

I have also been lucky in that my Parkinson’s has progressed quite slowly and reacts well to medication. Twenty years on I can still live independently, though the condition has become impossible to disguise. I tremble and totter, shake and stumble. I can’t go to concerts or theatres because I’d be too disturbing to sit beside, and on public transport I get some very strange looks! During the early years denial and dissimulation were my default behaviour. I was not going to admit there was anything wrong. Looking back, I realize that my friends were wonderfully tactful, pretending not to know or notice. When the time came that I could no longer disguise the symptoms, everyone had known for ages what caused them.

It’s impossible to control or forecast the good moments (of stillness) and the bad ones when all my limbs uncontrollably jerk and shake – technical name: dyskinesia. Before speaking in public I now tell the audience: “I can’t keep still because I have Parkinson’s but please take no notice.” Before going on air in Any Questions, Jonathon Dimbleby allowed me to issue this warning, and after the programme a member of the audience came to tell me that she was immensely cheered up by seeing me. Her husband had just been diagnosed with Parkinson’s. “We thought our lives were over” she told me, and added that I had given them hope.

Parkinson’s is a condition that progresses – that is, the person deteriorates. Doctors define it by stages, from the mild and one sided beginning to the final stage when all movement is involuntary and the person might need non-stop nursing. I’m too frightened of the future to think about the end. Perhaps a miracle will happen. Somebody might discover a cure. Or something else might kill me first. But not yet, please! I still have lots to do: I must finish a book and write my monthly article for The Literary Review. Since my husband died in 2016, I have moved to London and am trying to get used to living alone. But I need to spend time with my 11 grandchildren and catch up with old friends. And Parkinson’s? Well, it’s getting worse. I’m getting worse. But there are many more interesting things to think about than my own health. As my husband said on the day I was diagnosed, we should live as if Mr. Parkinson had never existed; we wouldn’t let it spoil our lives.