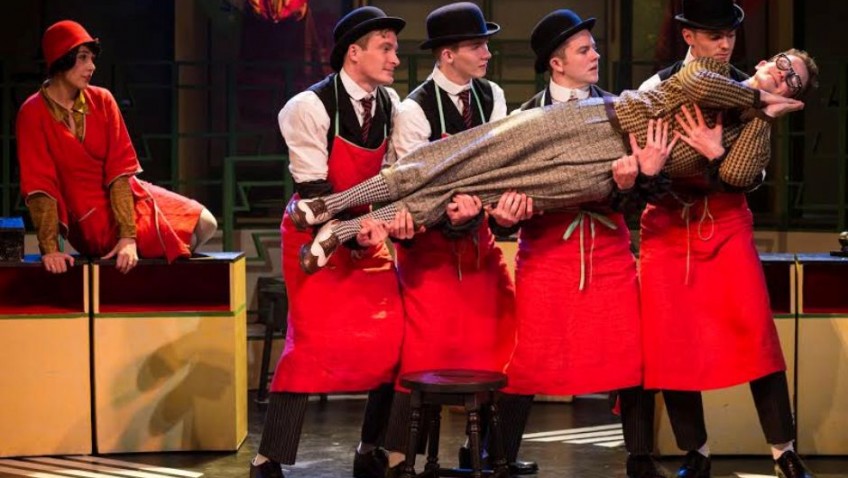 Let the punishment fit the crime.

THE MIKADO has been performed more times than any other Gilbert and Sullivan opera. Premiered in 1885, when things Japanese were all the rage in England, it ran for 672 performances. The only Japanese thing about it was the settings and fabrics.

There has been a Jazz Mikado, a Swing Mikado, a Hot Mikado, a Black Mikado, a Cool Mikado, a Catalonian Mikado, a Metropolitan Mikado and even a Cricket Mikado, which was not yum-yum but yuck-yuck. Jonathan Miller’s Mikado for English National Opera was a moneymaker for ENO and regularly revived by them whenever they were short of cash.

I have much enjoyed Thom Southerland’s productions on the Fringe of such musicals as Parade, State Fair, Victor/Victoria and Mack & Mabel. His brilliant production of Titanic at Southwark Playhouse deserved an instant transfer to the West End which regrettably it did not get because no theatre was available.

Two baby grand pianos, and no other instruments, can hardly be expected to do justice to Sullivan’s score. However, the real problem is Southerland decision to set The Mikado in a 1920’s Japanese fan factory. It doesn’t make any sense at all.

The performance was completely ruined for me by a member of the audience. Her silly loud whooping and loud clapping reaction to everything was so irritating that many people complained to the theatre manager during the interval.

Matthew Crowe, who was so right as the junior wireless officer in Titanic, hasn’t got the vocal guns for Nanki-Poo. The actor who comes closest to G&S is Hugh Osborne as Ko-Ko, the Lord High Executioner.

I hope very much Southerland’s Titanic finds a theatre in 2015.