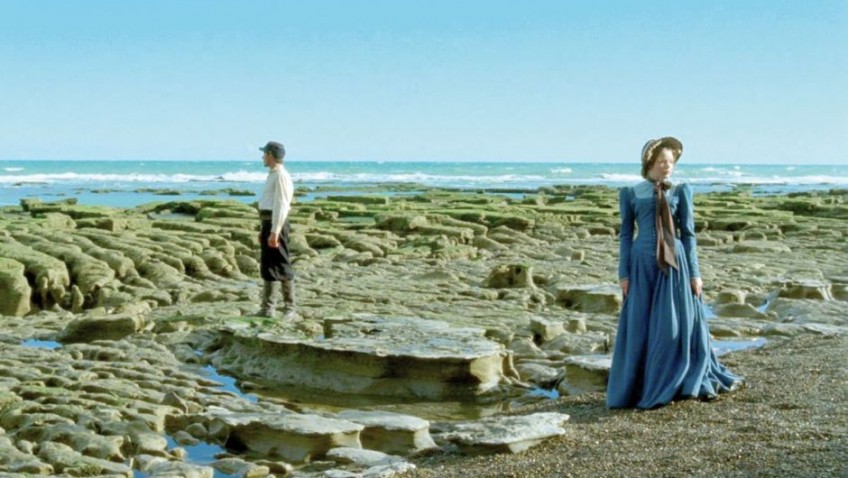 Let yourself go with the images and rhythm of this film

Argentinean Director Lisandro Alonso’s (The Dead, Liverpool) sixth feature,  Jauja, is a haunting, historic drama with a touch of magic realism and another beautifully nuanced performance from the handsome polyglot, Viggo Mortensen.

We are told at the beginning of the film that the ‘Ancient Ones’ said that Jauja was ‘a mythological land of abundance and happiness’. Reportedly, many expeditions tried to verify this and the legends around them grew.

Then, we learn that ‘the only thing that is known for certain is that all who tried to find this earthly paradise got lost on the way.’ The rugged Patagonian desert is beautiful, but for Danish Captain Gunnar Dinesen (Mortensen), it is anything but an earthly Paradise.

In an opening shot reminiscent of a Pre-Raphaelite painting, a man dressed in 19th century clothing sits on a rock with his back toward us, looking pensively out at the land and sea beyond.

He shares the rock with a pretty 15-year-old girl in a blue dress, who leans her head on his shoulder.  After a minute of silence, the girl asks her father for a dog.

‘Not until we return home’, he responds, softening the blow by asking her what kind of dog she would want. ‘One that will follow me everywhere,’ she replies.

Cryptic though the film is, nothing is random, and towards the end of the film a dog appears to guide the starving Dinesen to cave where an old lady gives him bread and speaks to him in Danish.

Captain Dinesen is an engineer employed by the Argentine Army in 1882 and their building on aboriginal territory appears to be part of a genocide.  The girl on the rock is his daughter Ingeborg (Viilbjørk Malling Agger), the only female around. Dinesen is eager to get back to civilisation, but Ingeborg tells her father, ‘I love the desert – the way it fills me.’ Dinesen is protective of Ingeborg to a fault. When his foreman, an uncouth, duplicitous man who calls the aboriginals ‘coconut-heads,’ asks Dinesen if he can take Ingeborg to a ball, Dinesen is disgusted for her and reacts firmly.

Little does either man know that Ingeborg has fallen in love with a respectful, but dim local soldier, Corto (Misael Saavedra), and has persuaded him to run away with her. He speaks no Danish and she speaks no Spanish.

When Dinesen discovers that Ingeborg has vanished, he dawns his uniform, complete with red striped trousers that stand out against the dull green, rocky desert. He loads his pistol and rifle, and gallops off on his beautiful horse to find his daughter, presumed kidnapped.

Filmed by cinematographer Timo Salminem in 35mm with the aspect ratio and rounded edges of old movies, we are naturally reminded of John Ford’s 1950s Westerns, and in particular, The Searchers.

But as Dinesen wanders further into the mythical realms of Patagonia, witnessing the indigenous warriors’ horrific reprisals, the film takes a distinctive turn.

This is another perfectly judged performance from Mortensen, an actor who seems to melt into his characters, leaving little trace of the real man. It is difficult to imagine how the actor looks and sounds off camera.

While Mortensen, who spent part of his childhood in Argentina, speaks fluent Spanish, as Dinesen, he struggles with a basic Spanish as a Danish Captain would.  He walks and stands like a military man, and looks straight out of the 1880s. The ending might prove too much for even the most patient of art-house fans, but let yourself go with the images and rhythm of the film, and a feeling will emerge, if not a clear understanding.

It might nonetheless be useful to know that the idea of the film came to Alonso after he received news of the murder of one of his friends in a foreign country.

In the production notes he tells us: ‘I feel that this film has come to me and taken its unreal form as a way of helping me to grasp the world and the time we live in, how we vanish in order to inexplicably return, in utterly mysterious ways.’

You can view the official film trailer here: