Home / LIFESTYLE / REVIEWS > / THEATRE REVIEWS / And what are you going to do on your 81st birthday? 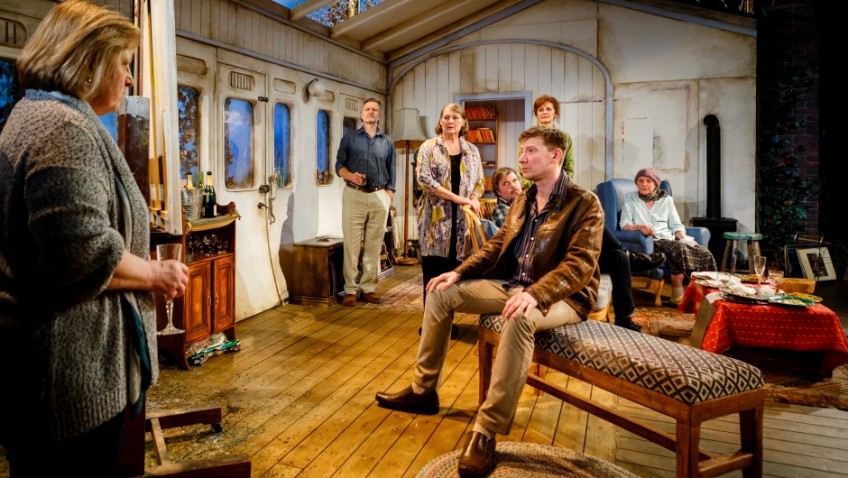 And what are you going to do on your 81st birthday?

Electra murdered her mother, Clytemnestra, because her mother had murdered her father, Agamemnon. The nearest, however, we get to Sophocles in April de Angelis’s disappointing new play is a quote on the front page of the programme from Sophocles’s Electra:

‘Death is the most hateful thing – Worse is when someone wants to die but cannot.’

Vergie (Marty Cruickshank) was an artist who, all her life, didn’t want to lead the sort of life most women did. On her 81st birthday she invites her sister, children and friends round to tell them she is going to commit suicide. She is going to walk into the sea and drown herself. The first act, with its jokes, acts like scenes from a sitcom and then, after the interval, the play gets more serious; but not any better.

There are three questions. The first question is if you are an artist should you put your art or your children first?

The second question is how long should a mother go on mothering her children? Should she still be mothering her daughter at 58 and her son at 52?

The third question is whether it is more sensible to commit suicide before you have a stroke and end up in a home?

The moment the audience enjoyed most was when Neil McCaul sang a version of Nina Simone’s “Ain’t Got No Life”.