Home / LIFESTYLE / REVIEWS > / FILM REVIEWS / Our kind of film, if not quite vintage John Le Carré 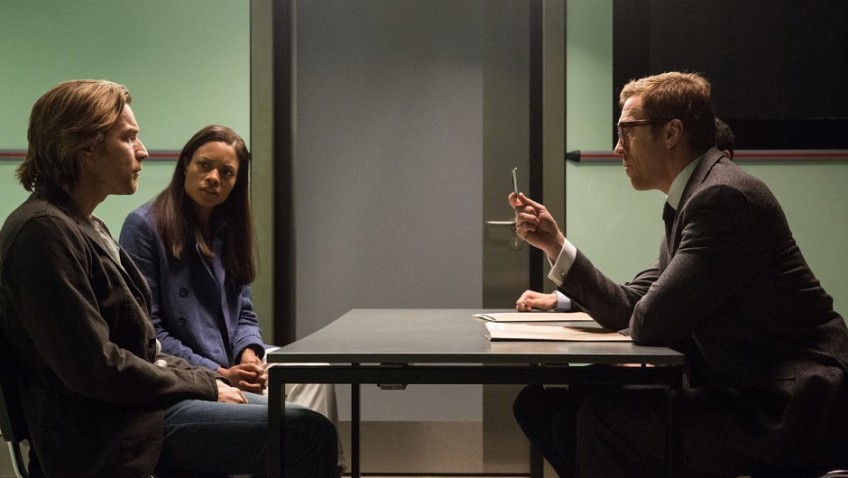 Our kind of film, if not quite vintage John Le Carré

You can’t go very wrong with a lavishly produced adaptation of a John Le Carré Cold-War spy thriller, particularly when it is co-produced by Le Carré’s two sons and stars Ewan McGregor, Stellan Skarsgård, Damian Lewis and Naomie Harris.  What’s more, the novel has been adapted for the screen by Hossein Amini, whose adaptations of The Wings of the Dive and Patricia Highsmith’s The Two Faces of January (which he also directed) were exemplary. And while television director Susanna White does not go very wrong, Our Kind of Traitor is not the most persuasive or thrilling spy thriller either.

While the film is imbued with Le Carré’s signature Russian villains, twists and turns, and cynicism about the UK’s intelligence service, there is also a decidedly Hitchcockian slant to the plot as an ordinary, innocent man becomes involved over his head in a deadly international web of deceit. Not a bad pedigree for any film.

Peregrine Makepeace (Ewan McGregor), about as loaded a name as you could hope for, is a professor of poetry on holiday in Marrakech with his partner, a City lawyer named Gail Perkins (Naomie Harris). They are hoping that this time away from their routine lives will rekindle the spark in their troubled relationship.  If high-powered Gail is becoming bored with her academic, tweed-jacket-and-blue-jean lover, this holiday provides more excitement than she, or Perry, bargained for. 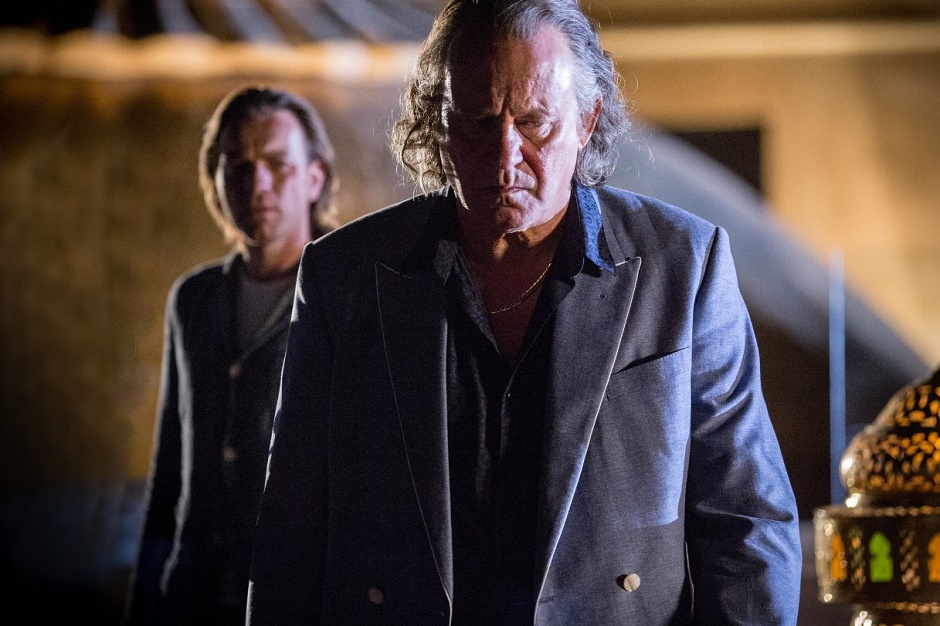 While dining on the over-priced hotel terrace, Gail takes a call from London and leaves Perry alone. A big, imposing, tattooed man from a noisy table across the room invites Perry to join them for drinks. The man, who speaks excellent English with a Russian accent, is Dima (Stellan Skarsgård). Perry is intrigued, and a bit flattered by the attention. The charismatic Dima persuades Perry to accompany him to a party where champagne flows out of fountains and a high class call-girl assures that Perry is not left alone.

Perry is not only the kind of ordinary guy you can trust, but he is a man of principle. Dima can’t believe his luck. He confides in Perry that he is the Russian mafia’s ‘number one money launderer’ and he wants out. The Prince plans to set up a bank in London with the dirty money and his contributors’ details must be kept secret. As we learn early on, Dima has a very good memory for numbers. Dima convinces Perry that his life and his family’s lives are in danger.

We are not asked to take Dima’s word for it.  White takes us back to the day when, in an ominous ceremony, a man called the Prince (Grigoriy Dobrygin) presents a strange gift to Dima’s predecessor. Shortly after, in a harrowing scene in a snow covered woodland road, the man, his wife and their pretty teenage daughter are assassinated.  Dima has a teenage daughter, too, She is a minor character who plays a pivotal role in the plot, even if it comes out of the blue.

Instead of jumping on the next plane home, Perry agrees to carry Dima’s USB drive, which contains details of the Prince’s money laundering empire, to London.  The idea is that this would persuade MI6 to help Dima and his family defect. When Perry tries to deliver the drive to customs at the airport, however, he finds himself answering questions from MI6’s crafty, dapper field agent, Hector (Damian Lewis), who, unbeknown to Perry, is about to mount an operation that is not sanctioned by MI6.

Hector is being kept on a short rope because of the influence of Aubrey Longrigg (Jeremy Northam) a corrupt minister in the Department of Trade and Industry who has an interest in seeing the Prince’s bank established in London. This plot device of a corrupt government insider was put to good use recently in another Le Carré adaptation, The Night Manager, but it’s nothing new.

Hector is so short-staffed, in fact, that, appealing to Perry’s civic duty and friendship with Dima and relying on blackmail, he persuades Perry and Gail to help him. At this point we embark on an obstacle course of an adventure as Perry, Gail, Hector, Dima try to reach London before The Prince or Aubrey reach them.   Anthony Dod Mantle, the cinematographer of Slumdog Millionaire makes superb use of locations in Finland, Bern, the French Alps and London in the second half of the film.

While there is a lot of built in suspense, there are scenes and shots that undermine that suspese.  Such a conspicuous amount of time is spent watching a certain helicopter, for instance, that you know it is going to blow up.  And while there is fine acting, particularly from Skarsgård and Saskia Reeves as Dima’s steadfast wife, Tamara, neither McGregor nor Harris are used to their advantage.

It is difficult to believe that an ordinary professor would turn into an action hero so fearlessly, volunteering when the family are under siege, to go out in the dark with a pistol he has never fired.   If you ever believed Perry were a professor of poetry, the transition is too swift.  Harris’s role is even more problematic.  Why bothering making her a high-powered lawyer if the plot makes no use of her skills?  By the time we get to the Alps, she is a passive wife-figure, comforting children in the safe house.  The film lights up when Skarsgård and Lewis’s Hector are on the screen, which leads to the problem of point of view.  There are three main male characters in the film, and the central character, Perry, proves to be the least dynamic or interesting.