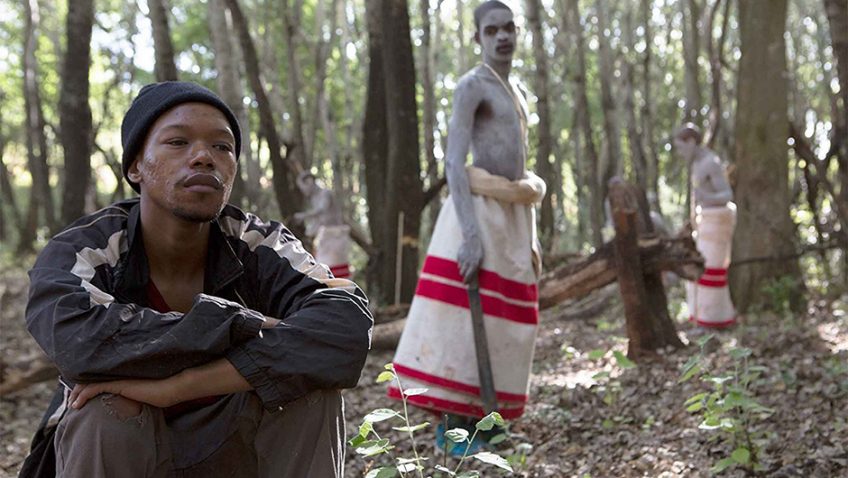 This unsettling film about Ukwaluka, a male coming-of-age ritual in South Africa’s Xhosa culture, is beautifully shot and well-made, but hard to watch. You can nonetheless understand why it won the Sutherland Award for Best First Feature Film at last year’s London Film Festival. In treating a taboo subject openly, respectfully, and as objectively as a drama permits, Director John Trengove abandons us in a foreign land without a guide, exposing us to a culture that has remained largely secret, despite being described in Nelson Mandela’s autobiography. If you don’t remember this from Long Walk To Freedom: The Autobiography of Nelson Mandela

(like having ‘fire shooting through my veins’) it could be because Trengove introduces characters whose clashing experiences of masculinity threaten the convenience of the status quo.

The Ukwaluka ritual takes place in different locations in Southern and Southeast Africa, but one teenage candidate attending this Eastern Cape mountain wilderness is dropped off by his father and assigned to Xolani (Nakhane Touré), one of two khaukatha or caretakers we get to know. The father tells Xolani that he is worried that something isn’t right. His son, Kwanda (Niza Jay Ncoyini) has been mixing with the wrong crowd in Joburg and needs toughening up. Xolani tells Kwanda, ‘your parents asked me to help. They trust me to bring you to manhood.’ Whether or not that trust is betrayed has to be viewed within the context of the culture.

After the ritual circumcision, apparently performed by a surgeon who makes his rounds in a split second, the boys, covered in a white muddy paste so that they look like zombies, remain in their tents without food while the caretakers apply medicine. When the boys emerge in their coloured blankets they undertake various tasks on the mountainside for several weeks.

Xolani, a single, thirty-something factory worker from Queenstown has not done much with the adult life ushered in by his own initiation to manhood years ago. The highlight of his year is the Ukwaluka: not because of any passion for helping toughen up city boys, but because of the opportunity to spend time with his childhood friend Vija (Bongile Mantsai), another caretaker. While Vija is married, and has just had his third child, he and Xolani are drawn to one another sexually and have been enjoying their mountain trysts in the isolation of what is ironically, an initiation ceremony celebrating masculinity.

After being cut, each initiated man (or Abakwetha) is told to cry out, ‘I am a man’. As we see, that statement, like the title of the film itself, has more than one meaning. The accepted definition is determined by society and custom, and Xolani, a closet homosexual, has no interest in challenging it. Vija, a heterosexual with a certain reputation to maintain as a married and family man, has every interest in denying his true identity and his love for Xolani. It is, Kwanda, an educated, rich city boy from Johannesburg, unfazed by the homophobic bullying from the other boys) who is unwilling to remain silent in the face of the hypocrisy he sees around him. 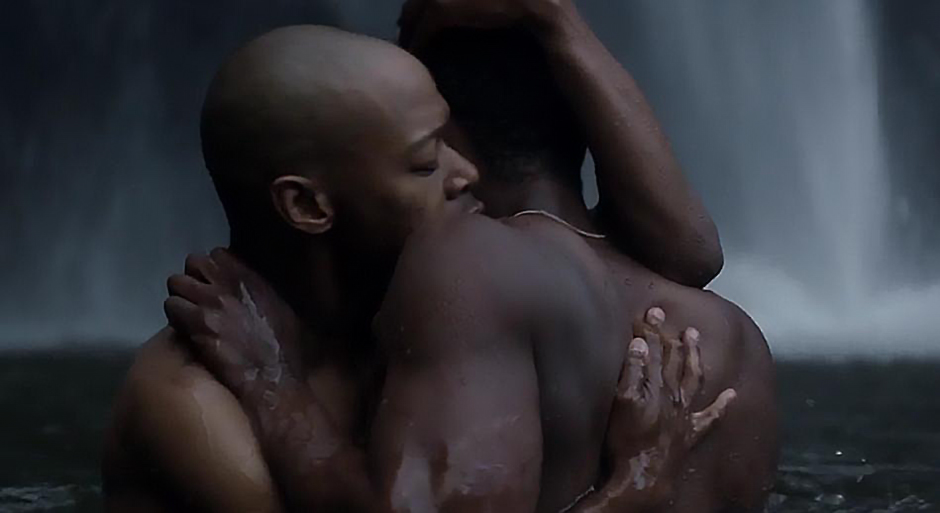 Recognising that Xolani is stuck in a rut, but not fully understanding the reasons, Vija encourages his friend to ask his white boss for a promotion. Kwanda, eager for Xolani to stop hiding behind a lie, tempts him to check out Johannesburg, asking him, ‘don’t you want to see new things?’ As Kwanda challenges the two caretakers and the ritual itself he risks upsetting the cherished status quo.

Based in part on co-writer Thando Mgqolozana’s novel about the ritual, A Man Who is Not a Man

, with the addition of testimonials from many Xhosa men, Trengove combines this accuracy with authenticity by casting all the roles from men who have had first-hand experience with the ritual. Bongile Mantsai, who plays Vija, and Nakhane Touré who plays Xolani, are both experienced actors, but the Xhosa men and elders we see who have cameo and/or non-speaking roles are non-actors. 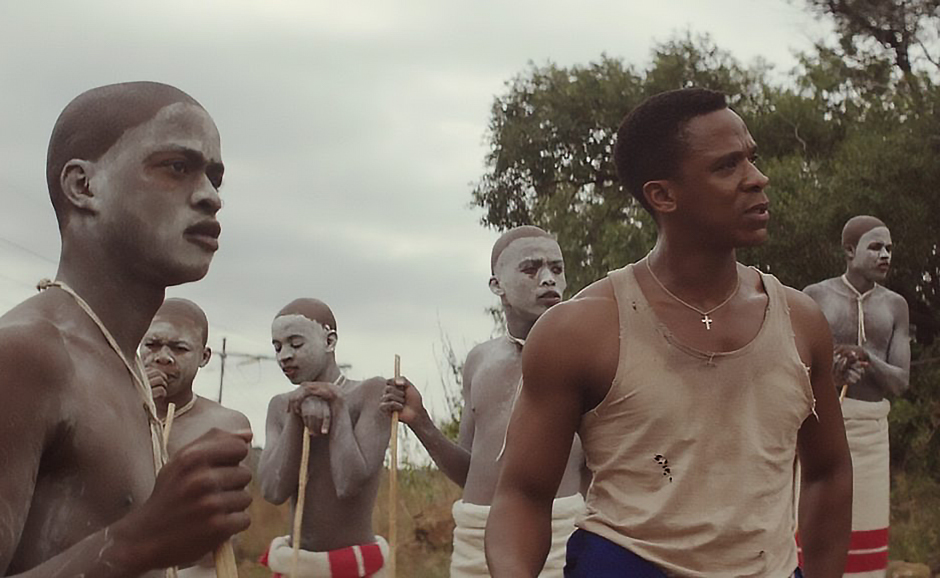 If Trengove, who is white, is the odd man out, so is Niza Jay Ncoyini, who plays the ‘outsider’, Kwanda. Their roles are similar as it is through the eyes of the outsider that we gain insight into the deep-seated ritual. While the authenticity of the film is impressive, there is nonetheless something a tad heavy-handed about this point of view, and Kwanda’s strand is predictable. Perhaps because Ncoyini appears much older than 16 – the average age, it seems of the initiates – he seems both terribly confident and perceptive and yet naively foolhardy in his meddling.

bears the hallmarks of a film festival darling, it is reassuring that Trengove and his producers are equally interested in getting their film seen in South Africa, where the reception has been controversial to say the least. In the production notes Trengove attributes his inspiration to Robert Mugabe. Statements made by Mugabe, and other African leaders since the early 1990s (although let’s not forget Vladimir Putin), implied that homosexuality is a symptom of western decadence and risks eroding traditional values.

But, also since the early 1990s, the tradition of Ukwaluka has been responsible for some 850 deaths and many cases of HIV spread from unclean knives used on more than one Abakwetha. While The Wound

does not totally ignore the pain and physical risks of the ritual, it is more interested in exploring the relationship between the ritual and the survivors.