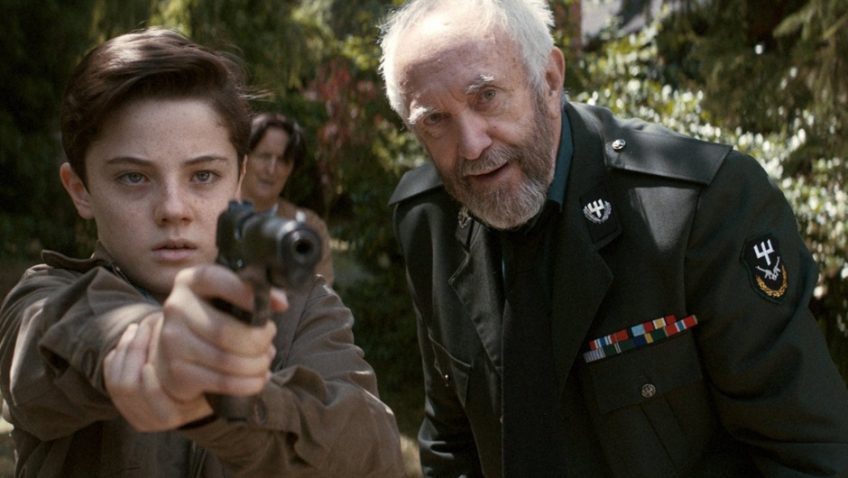 There is a subset of the fantasy/dystopian post apocalyptic thriller genre in which a totalitarian dictator has subjugated his people in a world that still resembles our own just enough to make the transformation frightening. These novels or scripts do well on screen because filmmakers can use all the tools of cinema to conjure up worlds that correspond to, or surpass our imaginations.  Divergent, Logan’s Run, The Hunger Games and the film 1984, to name just a few, succeed because they force us to inhabit a horrific society for the film’s duration.  Not all such genre films are of the same budget and quality, but they have one thing in common: they create a world with enough internal consistency and reality that the viewer can fill in all the gaps that the filmmakers have not. 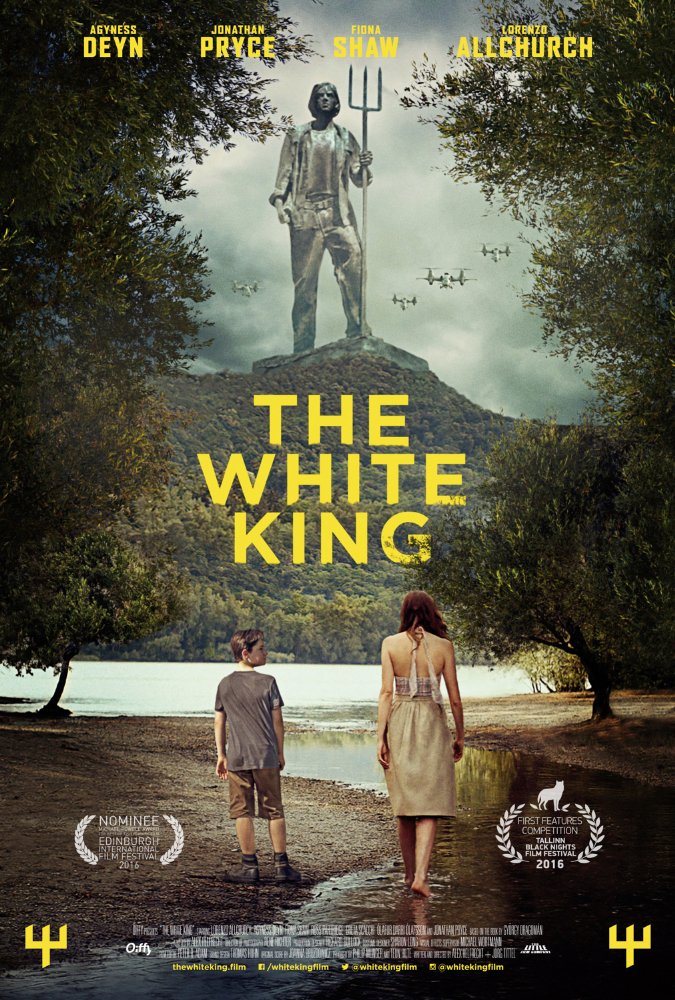 In Alex Helfrecht and Jorg Tittel’s The White King, adapted from György Dragomán’s novel, there are only gaps. It’s as though the meat of some totalitarian nightmare was snatched by Pickaxe’s (Ólafur Darri Ólafsson) black dog and we are left with the brittle bones.  Not only do the filmmakers fail to create a world to house the characters and events, but many of the scenes, which seem to be taken out of context, make no sense or serve no purpose.

The beginning is fairly straightforward.  Eleven-year-old Djata (Lorenzo Allchurch), his mother, Hannah (Agyness Deyn) and father, Peter (Ross Partridge), are enjoying quality time together in the countryside under the colossal statue of the heroic farm boy Hank Lumber who supposedly founded The Homeland.  ‘Don’t believe anyone,’ Peter warns his son, and after a few irreverent words about Pickaxe guarding the treasure under the statue, Peter is hauled off to a labour camp by two men.  Mother tells Djata that they are Peter’s work colleagues who require his expertise.

Lumber could be seen as a Soviet Stalin, or, more precisely, a Romanian Ceauşescu, except that there isn’t any evidence to suggest we are in a Soviet block or East European country.  Given the number of American/British accents and actors, a better guess would be America after it is taken over by L. Ron Hubbard.

Hoping to return to his routine, Djata visits his dad’s parents, the affluent and well-connected Colonel Fitz (an excellent Jonathan Pryce) and his harpy wife Kathrin (Fiona Shaw).  Hannah is estranged from them because they have never forgiven their son for marrying an ‘undesirable.’ This might mean that Hannah does things like show her contempt for the Homeland by failing to attend a celebration for the 30th anniversary of their independence.  She tells her neighbours that she ‘blends in.’

In a disturbing scene, Grandpa Fitz teaches Djata to shoot and forces him to shoot a helpless cat.  When he refuses, Grandma steps in and Grandpa celebrates the cruel death.   We see Djata slipping into this lifestyle, as though he is being brainwashed.

Later on in the film Grandpa confesses to Djata that the Homeland is ‘stupid.’ He suddenly turns human, even embracing his daughter-in-law.  Clearly something is missing?  And how can we square that about-face with a man who forces a boy to shoot a cat?  Moreover, you expect the shooting scene is there for a reason, for instance, that Djata will use his new skill to free his father or help his mother; but we never see a gun again.

And that is the big problem with the narrative. None of the episodes that we see are connected in any logical way. This means there is no narrative flow, no action and reaction, and no suspense.  It seems that the novel is comprised of almost separate short stories, which might explain, if not excuse, the disjointed nature of the film.

There is a long sequence for example, in which mother takes Djata with her to visit ‘The General’ (Gretta Scacchi), claiming she has some information to trade for information on Peter’s whereabouts. But Mother has no information (what information does the General want?). Their ‘negotiations’ erupt into an argument that seems to be of a sexual nature.  Meanwhile Djata wanders through the house and discovers an audio-visual wonderland with images of modern cities, and a weird child inviting him to play.  Nothing comes of any of that either.

If the unimpressive setting of Grandpa’s funeral is a reflection of the inadequate budget, so too is the fact that there are never more than two guards around at any time. It’s hard to believe a man the size of Pickaxe couldn’t resist them, although in another episode we learn that his face was disfigured as punishment for not toeing the party line.  But if his face is to be a lesson to others, why he hidden away?

There is something faintly Eastern European about the story and setting, but it has lost all of its identity. György Dragomán’s family left Transylvania and moved to Budapest after his father had trouble with the Ceaușescu’s brutal Communist regime in 1988 – a year before Ceaușescu was ousted and shot by a firing squad.  So there is an autobiographical element here and a potentially fascinating coming-of-age story.  But the filmmakers have not only failed to construct a credible totalitarian world in which Djata and his family are imprisoned; they have failed to tell their story.