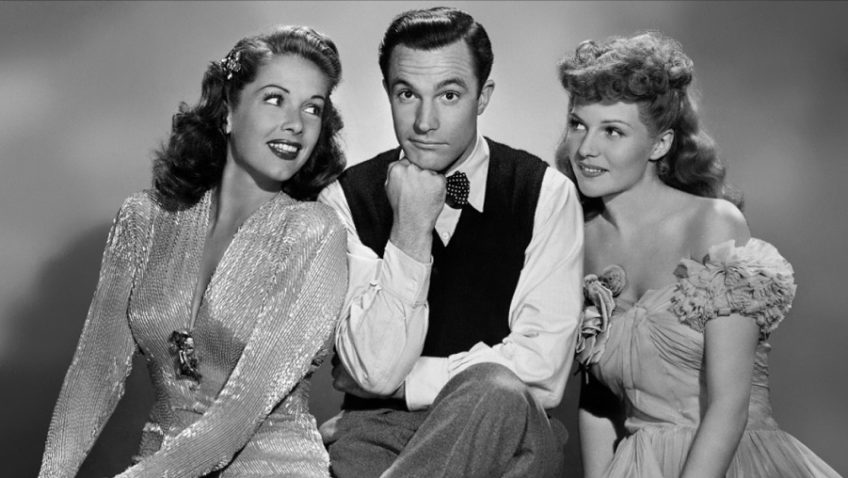 A big break for Rita Hayworth and Gene Kelly

COVER GIRL (Eureka), a musical showcase for Rita Hayworth and Gene Kelly directed by King Vidor in 1944, was good for both their careers. The songs by Jerome Kern and Ira Gershwin include “Long Ago and Far Away”. Hayworth plays a singer who had to choose between a tiny Brooklyn night club and a big Broadway stage. High spots include a dance in the street (“Make Way for Tomorrow” shot in one long take) and Kelly dancing with his ghostly alter ego, both sequences choreographed by Stanley Donen. Hayworth moves with grace in the big Cover Girl number. Phil Silvers is tiresome. The wedding finale is a classic screwball cliché.

BEFORE THE FLOOD (National Geographic). Leonardo DiCaprio has been an activist since his early twenties. Now in his role as UN Messenger for Peace and with director Fisher Stevens he has made an interesting documentary. Ice is melting. The sea is rising. Are we in denial? Global warming is a fact. It is not a figment of our imagination. We’ve known about it for the last 50 years. Pollution is visible. We need to do something about carbon emission. We need to change our life-style. Have politicians the will? Will Trump and Big Business continue to discredit scientists? Can we do anything about it?  We could switch from beef to chicken and use less palm oil, for starters.

THE WHITE KING (Signature). This over-rated sci-if drama, directed by Alex Helrecht and Jorg Tittel and filmed in Hungary, is set in a brutal Fascist state. A huge totalitarian statue of a dictator dominates the landscape. The hero is a 12-year-old boy (Lorenzo Allchurch) whose dad has been arrested and imprisoned. The story is poorly plotted and so inconclusive as to leave many strands in the air. It feels like the first episode of a television series aimed at teen audiences. Jonathan Pryce and Fiona Shaw as the boy’s grandparents are wasted. The best thing is the cartoon credit titles.