Home / TRAVEL / Bergen and beyond! 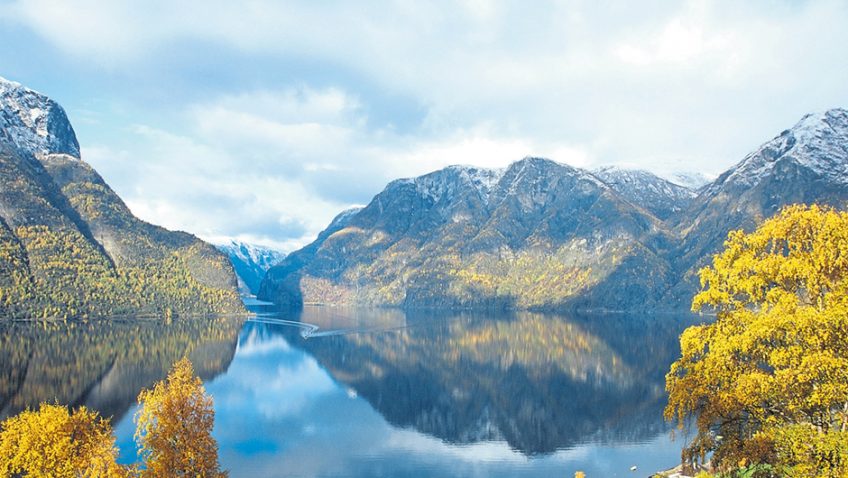 So much history, so much scenery, so much wealth and… so laid back. Welcome to Norway’s second largest city, Bergen. Located just a short flight from the UK, Bergen was my entry point to Norway – and what an entry point it was! Sheltered from the sea, and caressed by the Gulf Stream, the city is known for its beauty, its history, its heritage and for the prosperity that it has helped bring to the country over the ages.

The city of ‘seven mountains’, as it is often called, is centred around Byfjorden, ‘the city fjord’, so named because the fjord comes right to the heart of the city – it really is the hub around which everything else is based. From here you can appreciate just how much the sea has dominated this city over the years. The harbour has a long and colourful history as a trading port and was, and arguably remains, the main source of the City’s wealth. That’s not to say that Bergen is just a trading city – far from it. Its beauty and easy access to the fjords mean that it’s a mecca for tourists as well – and on a trip there, it’s not hard to see why.

The harbour is a delight. On one side you have the delightful Bryggen waterfront, the city’s old Hanseatic trading wharf and now a UNESCO World Heritage site. On the other you have the thriving fish market set in its modern, state of the art building. You might not be familiar with Bryggen, but trust me you will recognise it – the pictures are iconic. This is the oldest part of the city with some of the buildings dating back to the 15th Century and was the real source of the city’s wealth. Bergen was part of The Hanseatic League, an alliance of cities across northern Europe stretching from London to Russia, and it is in these buildings that massive amounts of dried cod fish was traded and sent across Europe. On the other side of the harbour there remains, to this day, the bustling fish market. If you are a fish lover this is not to be missed, and it’s a great place to sit and have lunch or supper – although I’d shy away from the smoked whale meat if I was you! 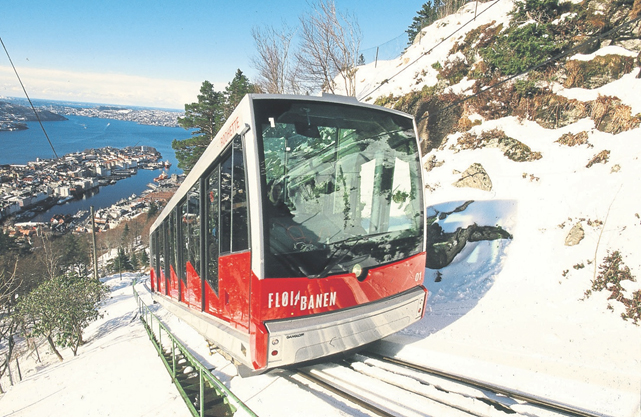 Then to the mountains that surround the City, and help protect it from the harsh winds. The best way to experience these is to take the Fløibanen Funicular railway to the top of Fløyen Mountain which goes right from the heart of the city centre to the summit, taking just minutes to ascend the 320 metres. But when you get to the top are you rewarded with spectacular views looking down over the city itself and across the fjord out to sea – there are also plenty of waymarked tracks to help you enjoy the spectacular scenery.

After Bergen, my next destination was Flåm. Catching the train from the city centre, The Bergen Railway rises across the ‘roof of Norway’ on what is Northern Europe’s highest altitude train line, and one of the most scenic, ultimately connecting the city with the capital, Oslo. Embarking at Myrdal Station, high in the mountains, you begin to appreciate the desolate beauty of the area before connecting to the Flamsbana – The Flam Railway. In a journey of about an hour you experience the sheer size and beauty of the area as you are taken down the steep valley to the fjord by Flåm, stopping at Kjosfossen where you can get off the train to admire the sheer scale and power of the 300 foot plus waterfall as it plunges down the mountainside. This alone is worth the journey. The journey is awe inspiring, but don’t take my word for it, Lonely Planet named it the best train journey in the world back in 2014!

It was then onto Oslo, the oldest of the Nordic capitals, and perhaps one of the cleanest and most efficient cities I think I have ever visited. And what a city it is! As capital cities go it is relatively compact, but packed with attraction after attraction. It also stands at the end of a fjord; this time Oslo Fjord, and therefore, not surprisingly, is dominated by water.

The city has a rich cultural heritage evidenced by its thriving arts scene, while it is also packed with museums. Architecturally it is cutting edge with its famous Barcode area and its Opera House where you are openly encouraged to walk around its roof!

The best way to see Oslo is to buy The Oslo Pass, which gives you free public transport and free entry to over 30 museums around the city. You can buy a one, two, or three-day pass – it’s certainly worth a visit.

My journey was quite a whistle stop affair but no less enjoyable for that. It was based around Great Rail Journeys, Fjords Cruise and Historic Cities of Norway holiday – for more information on this and how to book see the Fact Box below.

Great Rail Journeys offer a 7-day tour, Fjords Cruise & Historic Cities of Norway, from £1,395pp. The itinerary includes a sightseeing tour of Bergen, a journey on the Flåm Railway, and a cruise along the Aurlandsfjord. Price includes return flights, all rail and coach transport, 4* hotel accommodation, and selected excursions.

GRJi can tailor make holidays for those inspired to visit Norway on an individual basis www.greatrail.com/grj-independent or 01904 527181