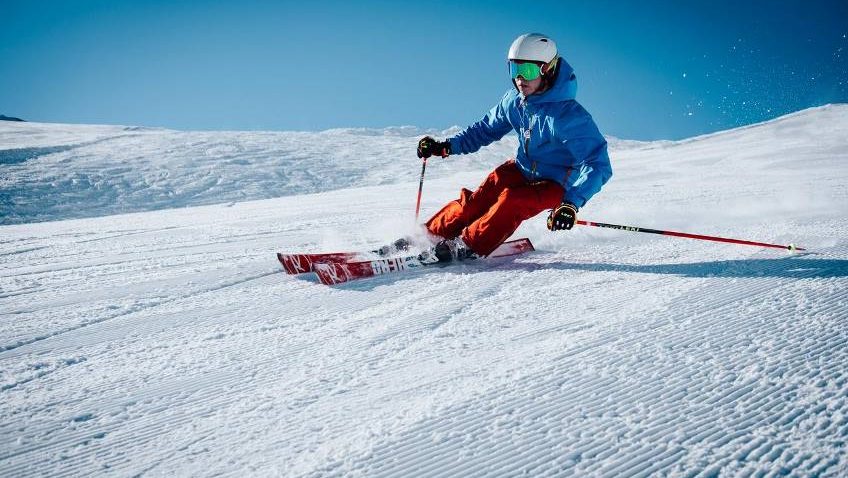 Even if you have never hit the slopes before, the likelihood is you will have heard of the major ski resorts across Europe. These include Val d’Isere, Zermatt and of course Chamonix. People flock from all over the world every ski season to these popular destinations. This, in turn, pushes prices up. Therefore, if you are looking for a value for money skiing trip or one where you don’t have to contend with big crowds, there are several to choose from. Here are some great undiscovered ski resorts in Europe that fit the bill.

Located between France and Spain in the Pyrenees mountains, the tiny principality of Andorra is a great place to head if a ski holiday is on the cards. With several great value ski resorts, this ski destination offers visitors a lot for their money. Also, many consider Andorra to be the perfect place to learn to ski and snowboard. This is due to its varied slopes and number of ski schools with English speaking instructors.

Even though Soldeu is located in the Granvalira ski area, the largest linked ski area in the Pyrenees and Southern Europe, it is still relatively undiscovered. It is considered to be one of the best budget skiing resorts in Europe. It is also extremely family-friendly compared to some of its neighbours. With several hotels, bars, restaurants and shops it is a hidden gem on the Andorra ski scene.

You can book Andorra ski holidays with Esquiades.com. They offer a range of deals and choice when it comes to different resorts and types of accommodation.

Many often overlook Slovenia as a skiing destination. However, it has a lot to offer. Maribor Pohorje is the largest ski resort in Slovenia and is ideal for skiing, boarding and sleighing. The resort consists of three sections, Snow Stadium (lower), Bolfenk (middle) and Areh (upper).

As well as 5 ski centres, Maribor Pohorje also hosts several winter events. The biggest of which is the Golden Fox (Zlata Lisica) skiing competition in giant slalom and slalom for women. It has been held here since 1964 and now attracts approximately 10,000 people each year.

Macedonia is another country that many may not consider being a ski destination. However, the ski resort of Popova Sapka which is located in Polog amongst Macedonia’s highest peaks in the Shar (Šar) mountains is great for intermediate skiers and snowboarders. Because of this, it is not as family-friendly as some other European ski resorts.

The resort has 11 lifts (1 chair lift, 8 surface lifts). They offer visitors1,400 metres (4,595 feet) of vertical descent. There are also 30 kilometres (19 miles) of accessible cross country ski trails at the resort too. Popova Šapka is also a great value for money resort as food, drink, accommodation & lift passes are all incredibly cheap.

The snowiest week is the second week of March in Popova Šapka.

Switzerland is a firm favourite for skiers and snowboarders, with people in their thousands flocking to this small European Country every ski season. Switzerland is a big name on the ski scenes. The large ski resorts of Zermatt, Verbier and Saint Moritz are some of the country’s top visited attractions. However, there are a few others that often get overlooked. One such resort is Grimentz.

Grimentz is located in Val d’Anniviers in the southwest of Switzerland. The Grimentz ski resort, with slopes up to an altitude of almost 3,000 metres, offer amazing views over the Val d’Anniviers and Rhone Valley. Also, with 6 seater and soon to be 10 seater chairlifts, lift wait times are extremely low.

Even though it is a quieter resort than it’s larger neighbours there is still a great apres-ski atmosphere with local bars, several restaurants and even a nightclub, which opens during the high season.

Located in Northern Norway, sitting 220 kilometres (135 miles) north of the Arctic Circle, Narvikfjellet ski resort is surrounded by nature including deep fjords and of course mountains. It is an extremely family-friendly ski resort with something for all ages and ability levels. It is home to 20 km of slopes, several challenging trails, has one of Scandinavia’s largest drop heights and has excellent off-piste conditions.

There are some beautiful views and if you are lucky, you may also witness the Northern Lights dancing through the sky during your visit.

Ski season at Narvikfjellet runs between late November and early May.

With several undiscovered ski resorts to choose from, it is recommended that you visit them as soon as possible before they become just as popular as the “big” resorts on the skiing scene. Don’t forget you can book with confidence with Esquiades.com and don’t forget to book well in advance of the beginning of the ski season to ensure you get the best deal possible.