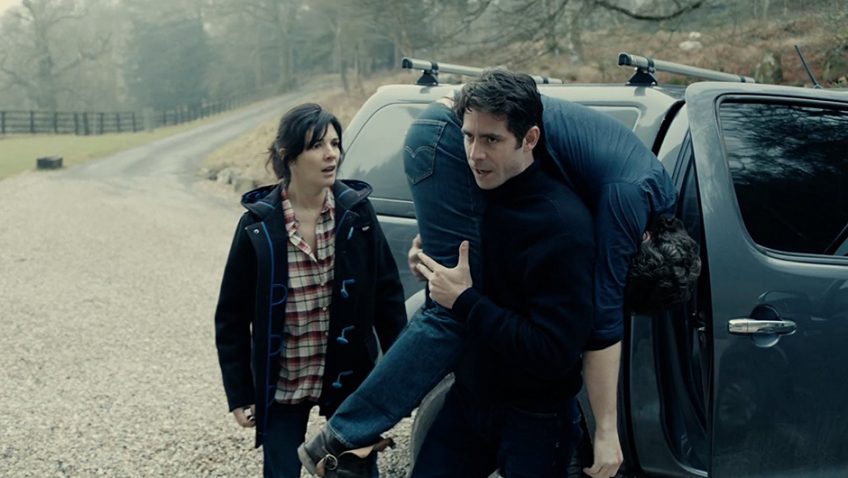 Gary Sinyor is best known for his breakthrough comedy, Leon the Pig Farmer, in which a Jewish estate agent discovers that his real father owns a pig farm in Yorkshire. He directed (but did not write) a vapid, but promisingly cast, romcom, The Bachelor, and the disappointing United We Fall, a mockumentary about five arrogant, homophobic and racist ex-Manchester United players.

Despite taking back control of the script, an ultra serious supernatural psychodrama and thriller, The Unseen

is not the comeback everyone might have wished. A vague attempt to relocate Nicolas Roeg’s Don’t Look Now from Venice to an out-of-season Lake District, The Unseen

You know right away that something awful is going to happen when the protagonist, Gemma Shields (a strong performance by Jasmine Hyde), a successful audio book reader and voice artist, comes home to her happy, healthy young son, Joel and a house with a small indoor swimming pool, presumably reflecting the family’s financial security. Later, Gemma’s handsome, loving husband Will (Richard Flood) joins her.

It’s obvious that life is too perfect to stay that way, which might explain why the pool is too small for adults to really swim in and as such is little more than a death trap for toddlers.

When Gemma discovers that Joel has vanished, a mystery man and ex-pharmacist, Paul (Simon Cotton) is close at hand to take her to hospital. Here Gemma is given a Diazepam-like pill that miraculously restores her vision and sound hearing.

Paul happens to mention to the grateful, grieving couple that he has inherited a house in the Lake District with a guest lodge that he rents out, but is now, in the winter, empty. Alarm bells start ringing, although not for Gemma and Paul, perhaps a commentary on the idea that a shared social class and professional status renders people above suspicion.

Jasmine Hyde, Richard Flood, and Simon Cotton in The Unseen

Here’s where Roeg’s masterwork comes in. The shock and guilt result in Gemma losing her sight and believing that she is hearing her son calling to her. This condition is sparked by a couple of horror movie tropes: the boy’s talking teddy bear (microphones and batteries come into play) and the music that she was listening to during her last swim before the toddler’s drowning.

Joel was under her supervision when he apparently fell into the pool and the marriage is crumbling under the pressure of the blame game. Gemma and Paul decide that they need a change of location and fresh air to try to rebuild their marriage, although here’s where the scripts lack of attention to detail proves a distraction. Not only is there little sign of the police investigating negligence or even murder, but there’s no discussion of a funeral or calls from friends, neighbours or, more probably, relatives. Is it possible that neither Gemma nor Will have friends parents or siblings to comfort them, or even to call them to find out how they are? 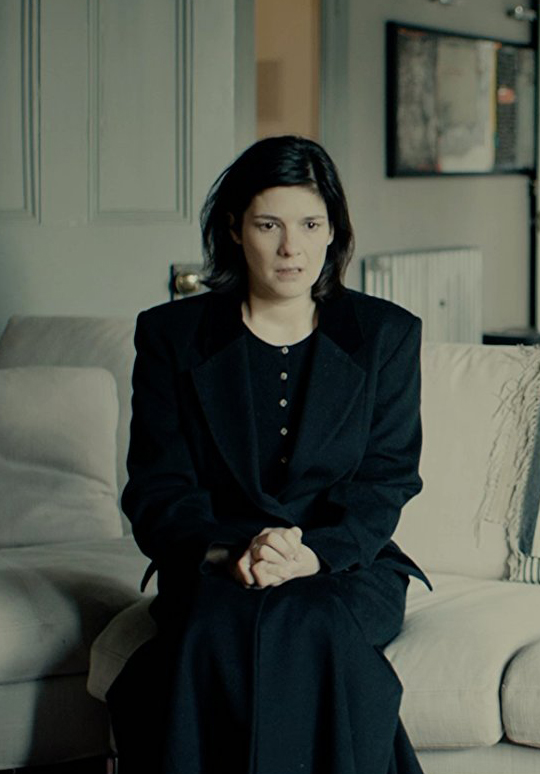 Jasmine Hyde in The Unseen

In any case, the couple rent Paul’s lovely lakeside ‘cottage’ down the hill from his manor house, and for the rest of the film they go back and forth between the two houses and between their house and the Lake District for no apparent reasons. Nor is there any reason for the couple to trespass in Paul’s house when he is out, although Gemma does protest while reluctantly following Will.

Will, who is becoming jealous of Paul’s attention to Gemma, discovers that he’s a birdwatcher. ‘No wonder his wife ran off,’ he proclaims triumphantly, and we immediately shiver at the thought of a voyeuristic or predatory personality.

It is soon obvious that the reality of his loss has kicked in and Will is now suffering a mental breakdown, causing Gemma to fear him as he turns violent, and worse, religious. We know how Gemma fells about religion for when Will finds comfort in the thought that ‘he’s in heaven,’ Gemma corrects him, as though the mere mention of heaven is grounds for divorce. Then, out of the blue, Will returns home without telling his wife, leaving Gemma on her own in the Lake District, without a car and unable (because of her panic attacks) to drive.

As the marriage falls apart and Gemma turns to Paul for comfort, guidance and advice on sedatives, it’s hard to feel any emotion. In a three-hander, chemistry is all, and while Paul is a runty creep, there is so little chemistry between Gemma and Will that we just have to take their word for it that they are really a loving couple.

Gemma continues to have her panic attacks and whenever she is blinded, so are we, a technique used in Terence Young’s truly scary classic, Wait until Dark and Michael Apted’s brilliant film Blink. Here, the momentary outages are not scary, but seem to be a way of cheating by fudging things. In the film Blindness, based on José Saramago’s novel, a country’s epidemic has obvious metaphorical implications but these carry little weight here as the couple are so understandably vulnerable and damaged.