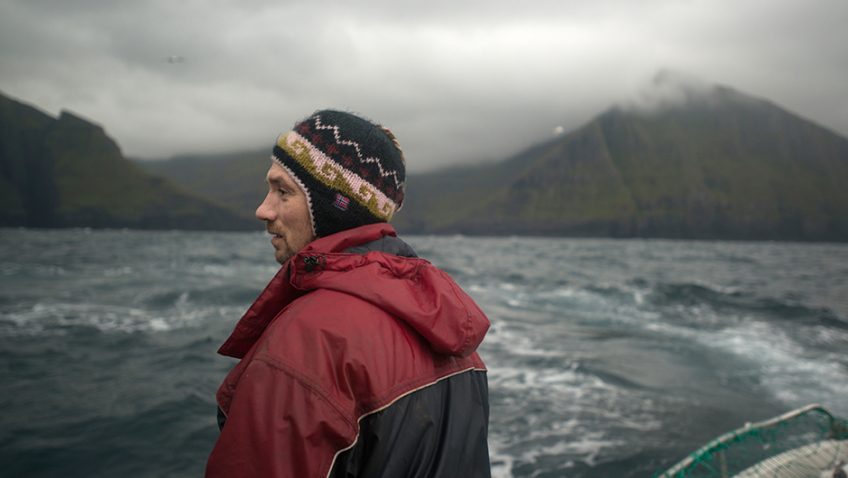 An ethnographic film becomes a horror movie in this riveting documentary

A recent local newspaper photo depicting 150 whales beached at Hamelin Bay, Australia was meant to be distressing: the rescuers who ran to their aid were losing the battle to save them. The Islands and the Whales

opens with a pod of whales, also beached in a shallow cove. But in the Faroe Islands young boys – it is their rite of passage – and men arrive in droves, not to save the whales, but to clobber, harpoon and rip apart the panicking animals. The men stand triumphantly waist deep in whale blood dreaming of the feast that awaits them. If there is a point where an ethnographic film becomes a horror movie, this might be it.

The Faroes, an autonomous part of the Kingdom of Denmark, are a chain of volcanic islands between Norway, Scotland and Iceland. The islands, reportedly settled by the Vikings, are home to about 50,000 residents who cling to their traditions in defiance of the times, scientific research, and generally negative public opinion.

Tourism is not a thriving industry. The islands are usually cold and under low clouds as if the sun refuses to shine on the modern residents who have scared away the mythical ancient founders, the huldufolk. Scottish director Mike Day, who made his film over a five year period, is taken by ‘the majestic landscapes and sounds’ of the islands. But some of those sounds are those of trusting puffins being beaten to death on the sides of the cliffs where they live and breed.

Day sees the documentary as relevant and vital. The 1,000 year-old traditions of the islanders are under threat from industrialisation, pollution, scientific knowledge and moral pressure from urban outsiders. Day focuses on two of the traditions.

The first is the puffin hunt. After experiencing the brutal hunt itself, we see an old man at home, surrounded by stuffed puffins. ‘My article on puffins was published in 1982,’ this one-stop-puffin-shop continues: ‘I do research, after that I eat the puffins and then stuff the puffins.’ Research and stuffing aside, he is not alone.

The second tradition is the grindadráp, or in local parlance, the grind. When the large, modern speed boats spot a pod of whales, communication (there’s a strong mobile phone signal) is quick, as is attendance, as the 18 islands are now connected by underwater tunnels. The speed boats drive the whales into the bay where they are trapped. Forty boats; 151 men; 402 enthusiast islanders on the beach mean the whales don’t stand a chance. Soon the happy hunters are waist deep in blood. The whales are cut up and hauled away in barrels and divided among the families. 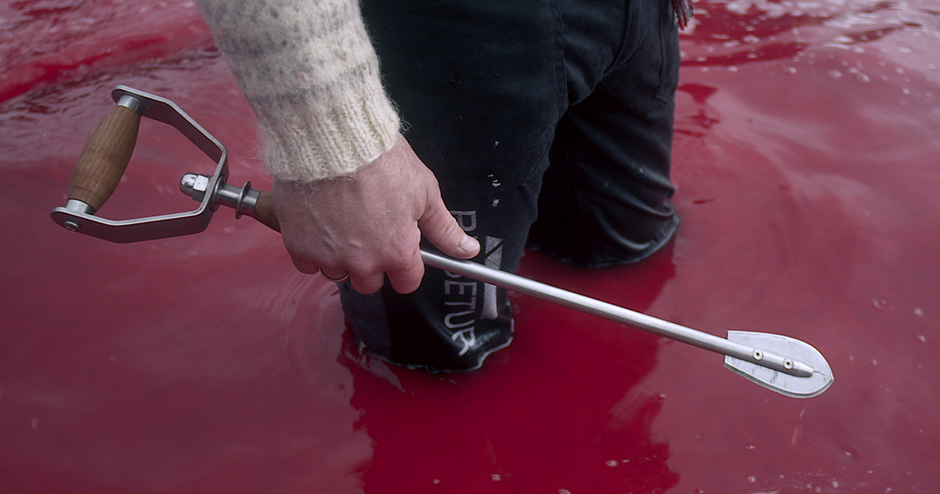 The efforts of the environmental group The Sea Shepherd and outside pressure from environmentalists or vegetarians like Pamela Anderson have made little impact. Following intervention from the Sea Shepherd, its boats have been banned from a 12 mile radius of the islands. ‘We must ensure that law and order is upheld and that the people of the Faroe Islands can go about their daily lives without the threat of illegal disruption of their activities.’

The islanders argue that their traditions grew out of necessity. The Faroes are volcanic islands and there is no agricultural land. Importing food has an environmental impact that must be weighed against the hunting.

More persuasive perhaps than the animal-cruelty argument is the threat of extinction, although even that remains a weak deterrent. The seal colonies have disappeared (reportedly, more from a loss of plankton, their food source, than hunting), and in twenty years, the puffins will have been killed off. In the 1960s there were an estimated 400,000 whales, and today the number is 80,000. 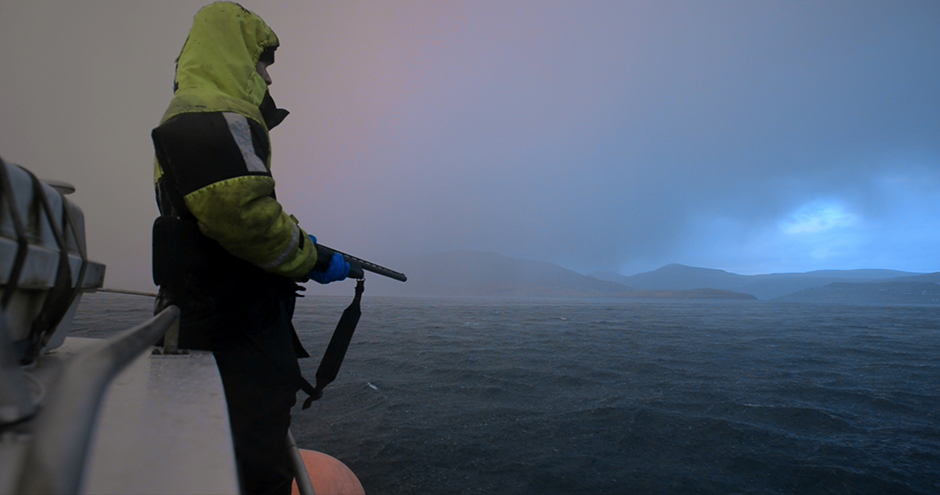 Bird-hunter Bárður Isaksen is typical of a new generation of defiant whale meat lovers. Off camera, Mike Day spends time with Isaksen, his two adorable daughters and his wife who works in a clinic where researcher, Dr Pal Weihe, has an unenviable job. He has been conducting a study to measure the rising levels of mercury on the population and its effects, such as Parkinson’s. Exposure to high levels can destroy the digestive and nervous systems, along with kidneys and lungs. Mercury enters the food chain through the coal burnt for electricity. There is other pollution, too, with a man telling us that he found a bird’s stomach was full of plastic.

Bárður’s mercury levels – now above the safe level – are beginning to worry his wife. Still, in the face of her husband’s denial, she can only say, ‘I don’t want us (the children are fed whale meat) to stop eating whale, but maybe he should eat less.’

Other islanders consider the research is ‘bullshit’ and Day records evidence of that scratched on the side of Pal’s car when he and his wife attend an oppressive looking local outdoor fête. We are told that the Faroe people are defensive and The Sea Shepherd’s campaign is dismissed as ‘global capitalism’.

Day’s film does not, however, tell the whole story. According to a spokesperson from Sea Shepherd who participated in the Operation Bloody Fjord’s campaign, the islanders kill dolphins – known to have a developed brain and to help humans in peril from sharks — as well as pilot whales. In 2017 (by which time Day had left the islands) 1203 pilot whales and 488 Atlantic white-sided dolphins were killed in 24 grinds, and that is not a year-end total.

A voiceover of an old man begins the film and emerges from time to time to continue the legend of the huldufolk, or hidden elves of folklore. For the huldufolk, the modern islanders became the enemy of nature. So the huldufolk retreated up on the hills. ‘Some people saw and heard them, and some didn’t.’ But with the advent of electricity (we see images of the islands all lit up at night), tradition has it that they were driven from the islands.