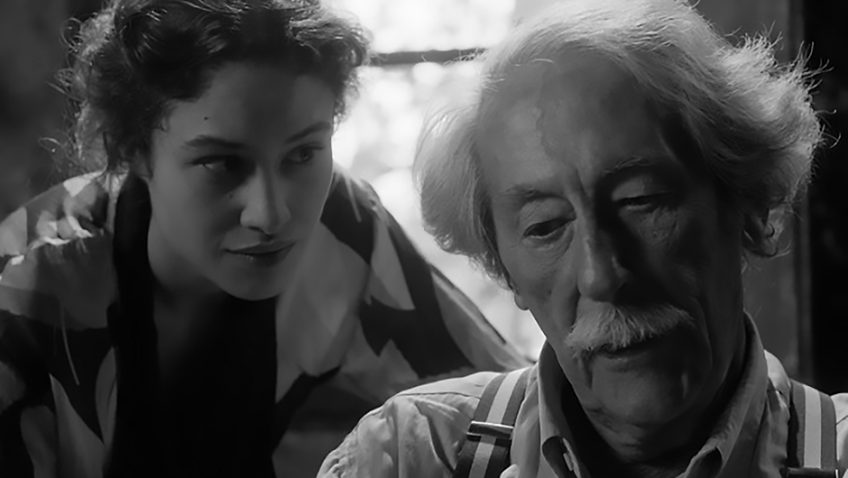 After a long hiatus following Jacques Rivette’s 1991 Palme D’Or winner, La Belle Noiseuse, 2013 has seen a mini-resurgence of films about artists and models including the misguided Summer in February and the dull, pretentious biopic Renoir. Now Spanish co-writer/director Fernando Trueba (Chico & Rita, La Belle Epoque) enters the field well armed. His co-writer is 82-year old Jean-Claude Carrière; and his cast includes 83-year-old French actor Jean Rochefort (Man on a Train, The Hairdresser’s Husband); and the 75-year-old actress, Claudia Cardinale (8 ½ , Once Upon a Time in the West).

We first meet octogenarian Marc Cros (Rochefort) roaming through a forest while observing the shapes he finds in nature. Nearby is the small French town near the Spanish border where he lives with his wife and former model, Lea (Cardinale). The only clue that WWII is raging beyond this isolated mountainous area are unannounced visits from an art-loving German officer (Götz Otto) who is writing a clandestine biography of Cros.

One day in the marketplace, Lea spots a beautiful young girl washing herself in the public fountain and brings her home for lunch. Learning that the girl, Mercè (Aida Folch), has escaped from one of Franco’s prison camps, Lea offers her refuge. This is no act of charity, however. Lea knows that her frustrated husband had retired without having achieved his masterpiece. The couple propose that the homeless Mercè move into their disused studio and work as a nude model.

Gradually the young girl and the old man adapt to one another and form a friendship that is never sentimentally portrayed. In fact, far from being a victim of the Cros’s engineering, Mercè finds her position ideal for furthering her own secret agenda.

The Artist and the Model

is not without problems, the most obvious being the fact that we’ve never heard of this ‘friend of Matisse’ who is nonetheless famous enough to attract a biographer. Cros must have been based on the sculptor Aristide Maillol, who died age 82 in the South of France near the border with Spain and who was, like Cros, obsessed with the female nude. 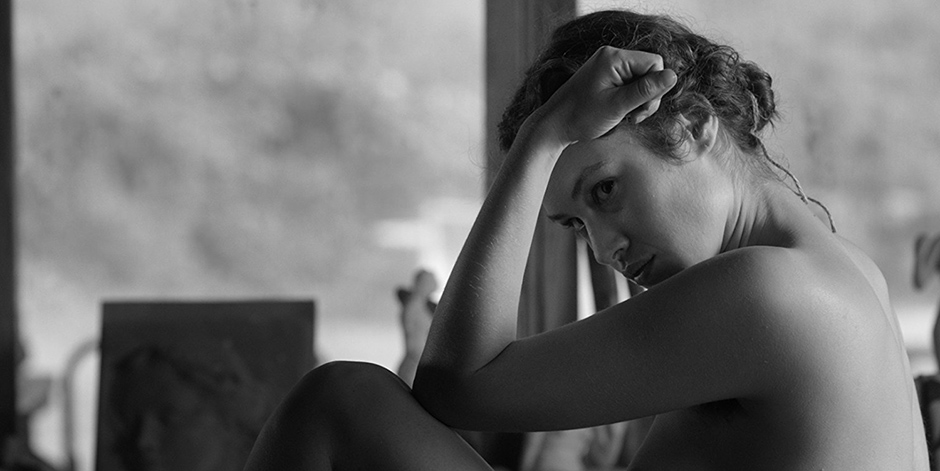 Aida Folch in The Artist and the Model

More importantly, whether it is the script, direction or Folch’s acting, she fails to capture Mercè’s ambiguity. Mercè is portrayed as a rough, peasant type, ignorant of the concept of nude modeling, but clever and savvy enough to trick Franco’s army, the Germans – and Cros. While Jean Rochefort expresses the introspective moods and frustration of his character, and has been well-trained in handling sketch and sculpting materials, portraying his art remains a problem. You almost wish you hadn’t seen the culmination of his inspiration through Mercè, as it’s a fairly bland cliché with a stock classical face.

But The Artist and the Model

succeeds where other films about artists fail in its depiction of the nude and the artistic eye. Trueba asks us to confront the female nude much as an artist would, so by the end of the film, her nudity barely registers anymore, and what we see are shapes of flesh to be turned into chalk drawings and stone.

Trueba goes further, too, revealing the nude from various perspectives. We see her through the eyes of an envious former model; titillated schoolboys; a disgusted Curate, indifferent workmen; a lover; and the artist for whom the body is no more than shapes of stone.

In one terrific short scene Cros, looking for Mercè, finds her in bed with a young resistance fighter and looks shocked that his model has a sexual identity. Later, however, he runs away in shame when he finds himself aroused, a betrayal of his art and his professionalism. Finally, there is Mercè’s own awareness of her body as a tool and source of inspiration for Cros and a source of pleasure, floating, alone, in a refreshing woodland pond.