Home / LIFESTYLE / REVIEWS > / FILM REVIEWS / This might be animation, but you feel like you are at the Palladium in New York 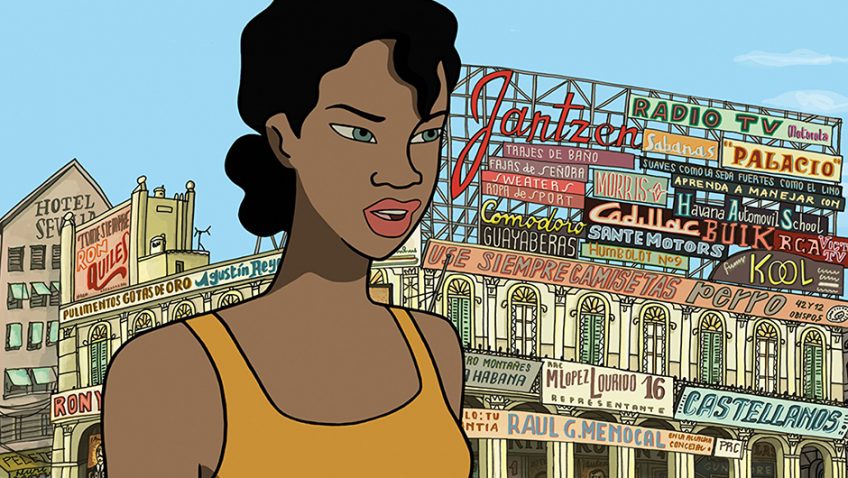 The love story might be trite, but co-writer/director Fernando Trueba’s (Belle Epoque) collaboration with artist/designer Javier Mariscal and Tono Errando is a beautifully atmospheric, utterly disarming animated film set in the world of jazz.

The passionate romance between a poor jazz pianist Chico (Eman Xor Oña) and a seductive singer-turned-film star Rita (Limara Meneses) stretches from 1948 Havana to modern day Cuba and Las Vegas via New York and Paris. Here are two creative people who can’t live with each other and can’t live without each other, caught in a love triangle where music is the ‘other lover’.

Rita and Chico meet up with joy and separate with heartache over the years, but they carry on with the resilience of true survivors. Though the story is intricately woven to produce these sporadic reunions, it never seems contrived.

Historic events are cleverly woven into the story, such as the dramatic gangland assassination of musician/composer Chano Pozo in a Harlem bar. The filmmakers do not shy away from issues such as racism, but these issues are made part of the story and never feel heavy-handed.

Believing that Chico (who has been arrested) has stood her up again, Rita gets drunk before a New Year’s Eve performance and unleashes her pent-up condemnation of the racism in the Hollywood film industry. The film turns political, too, when Chico, living in New York is framed for drug possession and deported back to Cuba. He arrives at the beginning of Castro’s Communist regime and the revolutionary authorities take his passport. He is not only a prisoner in Cuba, but forbidden to play jazz as it is deemed ‘capitalist music’. Chico renounces music altogether and when we find him many decades later, he is shining shoes.

The authentic music is fantastic (familiar tunes from the greats are mixed with original music by Bebo Valdés) while the animation, particularly of the cities, is dazzling. This might be animation, but you feel like you are at the Palladium in New York. Anyone who wept at Brief Encounter will shed a bucket of tears at the ending which will, in this review, remain a secret! Romantics and Jazz aficionados shouldn’t miss it.