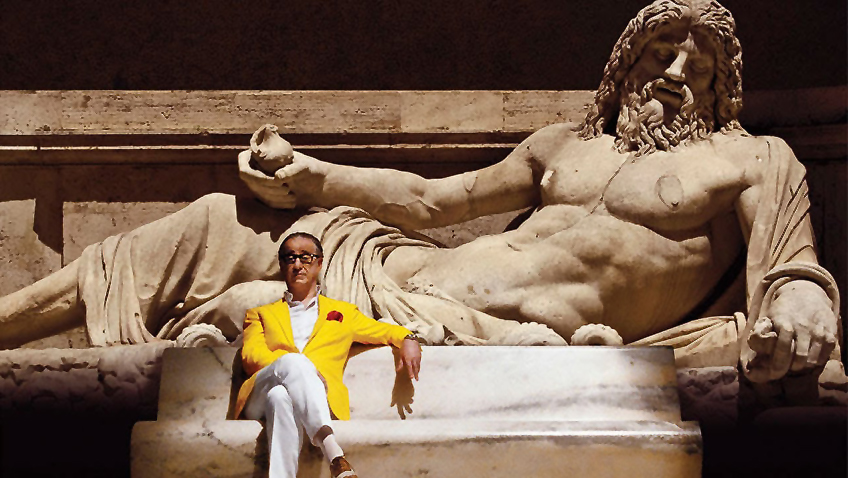 might be a blatant homage to Fellini (Roma, 8 ½ and La Dolce Vita spring to mind), but the film’s style owes more to Sorrentino’s The Consequences of Love and Il Divo, while his alternately profound and hilarious dialogue is very much Sorrentino’s (and his co-writer’s, Umberto Contarello) and particular to this film. The Great Beauty

is both a loving tribute to the beauty of Rome and a meditation on ageing and death. Sorrentino regular Toni Servillo is an older version of Marcello Mastroianni in La Dolce Vita in the way he wanders through the Eternal City. But his character laments, ‘everything around me is dying.’ Self-indulgent passages and scenes that drag on too long detract on occasion but not enough to ruin the pleasure of this sumptuous feast and entertaining, poetic discourse.

As a strange choir of women sing, a Japanese tourist takes a photo and collapses. Is it from the heat, a heart-attack or the beauty of the panorama before him? From Jep Gamberdella’s (Servillo) sprawling balcony overlooking the Coliseum, he can compare a tourist’s first glimpse of Rome with the superficial, jaded, plastic society crowds that attend his decadent parties.

Following the success of his debut novel, The Human Apparatus, a young Jep became the life of every society party and seldom slept alone. Unable to find the inspiration for a second novel, he takes to interviewing Berlusconi-manufactured celebrities, tearing them apart with his sharp, cruel wit or reducing a female party guest to tears when he can’t take her phoniness anymore.

‘You’re 53 with a life in tatters like the rest of us,’ he spits out. ‘Instead of treating us with contempt, look upon us with affection,’ a message he himself does not always heed. Although now cynical, self-deprecating and bored with his female conquests, Jep was an innocent young man when he fell for a great beauty who disappeared to marry a man she never loved.

(‘Our journey is entirely imaginary, which is its strength’) and continuing in the tradition of Dante and Fellini, the film follows Jep on a journey of self-discovery, beginning on his 65th birthday (Servillo is 54). Rome is the metaphor and the setting for this journey, but it is dream-like, beautiful and devoid of Rome’s horn-honking traffic. Jep throws parties, attends dinners; bumps into old friends; meets new people, and occasionally sees things that make life worth living. 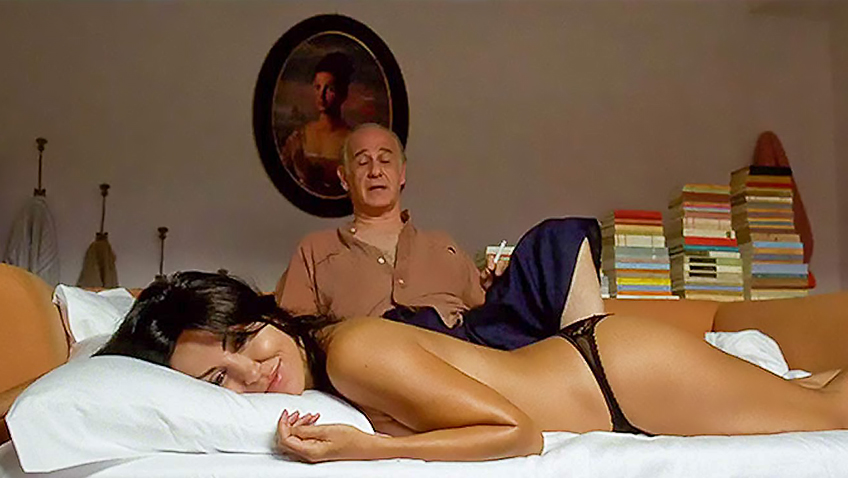 Sabrina Ferilli and Toni Servillo in The Great Beauty

Among the highlights of these numerous encounters, Jep attends an exhibition of a conceptual artist’s self-portrait. Filling the arches of a vast courtyard are hundreds of small photos of the artist’s face, from boyhood, when he first obtained his camera, until the present. As the camera pans across the images of a lifetime you can see that Jep is physically moved, and the emotion is such that you, too, might be feel a tear welling up.

Undoubtedly a pivotal scene, and arguably, the film’s best, is a long dinner party and its aftermath. The occasion is to honour a living Saint: a corpse-like shrivelled woman seated silently at the end of the table. The dialogue is brilliantly biting and funny, but these aren’t the one-liners of American comedies, or the punch lines of a stand-up comic. What we are hearing is natural dialogue in which the speakers throw away hilarious satirical lines for us to catch or not. Snippets of conversation include someone asking, ‘how old is the Saint?’ No sooner does her spokesman proudly reply, ‘she’s 104’ then you hear someone muse, ‘I thought she was older.’ 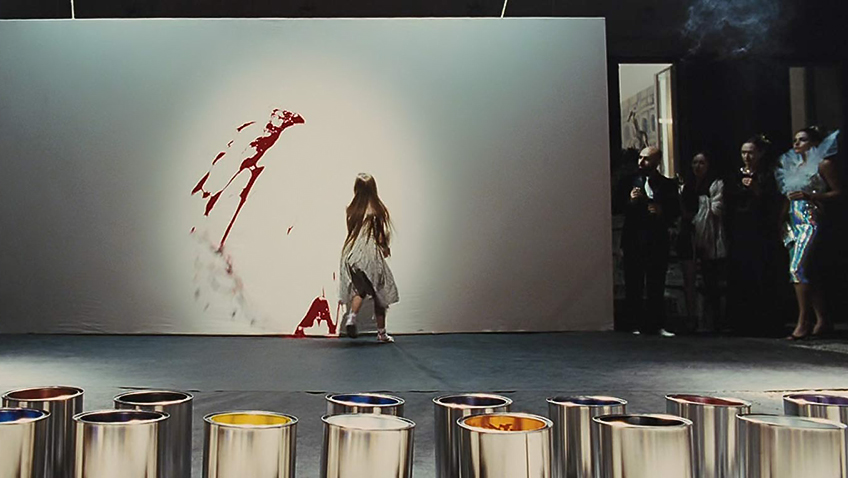 Francesca Amodio in The Great Beauty

This skilfully orchestrated dinner goes from humour (as her spokesman brags about her suffering like it’s top prize in a competition) to a kind of spirituality that leaves Jep, and the audience, slightly humbled. All the jokes cease when, slowly, the frail woman speaks for the first time in response to a question about poverty. ‘I took a vow of poverty’ she whispers slowly through her missing teeth. ‘You can’t talk about poverty, you must live it.’

Alone with Jep, who for once is the interviewee, she asks him, ‘Why did you never write another book?’

‘I was looking for the great beauty,’ he tells her, ‘and never found it.’ Even as he says this he seems to realise that it might not be true.

Lele Marchitelli’s beautiful theme music and Luca Bigazzi’s cinematography become the focus for the unmissable end-title sequence. The haunting theme music plays out – a mix of sadness tinged with hope and clarity – as the camera reveals the great beauty that is Rome. It pans along the Tiber and surrounds the Castello di Sant’Angelo, a tomb, a prison and the tower where, in the famous opera, Tosca commits suicide after the murder of her lover. The music ceases and the sounds of the city at dawn replace it. And then we hear distant church bells and a choir. A real tour de force.