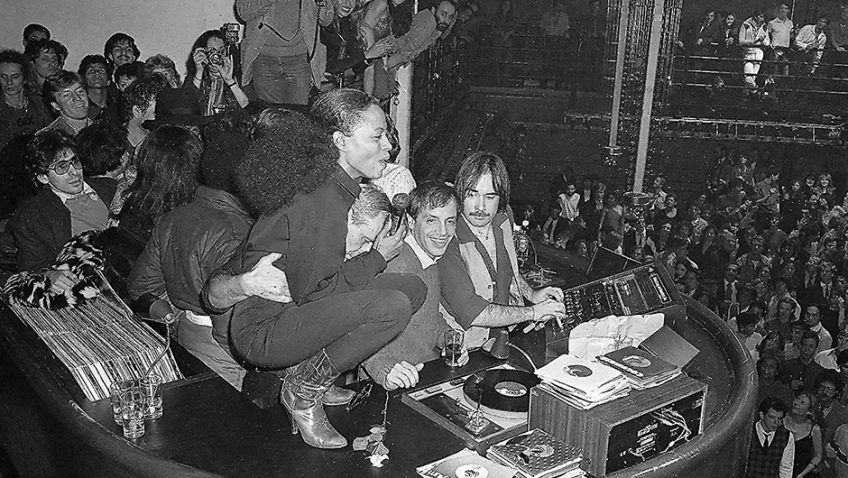 A riveting biopic of the legendary NYC disco club

Studio 54 was the kind of social and cultural phenomenon that passes into legend. From its euphoric, packed opening on April 26, 1977 until its scandalous closure just 33 months later, there was no other place in America to be or to be seen. For anyone who danced the night away at the former 1927 opera house-turned-theatre-turned-CBS-television-studio in Mid-Manhattan, Matt Tyrnauer’s enthralling, comprehensive documentary will bring back memories. For those who never made it the film will be the closest to entering the heavily-guarded doors into a pulsating disco haven that you will ever come.

Tyrnauer has rounded up a number of the original staff and creative contractors whose illuminating testimonials contribute to what has to be the definitive portrait of the nightclub. The key talking head is none other than Ian Schrager (now 71) who founded and ran Studio 54 with his best friend, the late Steve Rubell, whom he met at Syracuse University. Schrager tells us that he and Rubell came from typical Jewish immigrant families in Brooklyn who were out to better themselves and live the American dream.

Rubell was the extrovert who opened a chain of steak restaurants after university and Schrager was the introvert who became a lawyer. Rubell schmoozed with the guests on the dance floor while Schrager was happier working behind the scenes, controlling every detail. Schrager, whose father worked for the Mob, might have been the contract man, but he was as chuffed by the money pouring in and the trappings of success as was Rubell.

In the 1970s, disco dancing was the preserve of gay clubs. All the good looking girls and models went to dance at these gay club and all the straight men followed them there. Rubell was gay (although when he died of complications from AIDS in 1989 his mother was surprised to hear it) and he sensed an opportunity. It was the year of John Travolta’s Saturday Night Fever and Rubell and Schrager took a gamble on investing in a gay-styled disco worthy of Manhattan’s finest. Studio 54 would welcome all races, religions and sexual persuasions – and dazzle them all.

The location was another gamble. Would anyone come to 54th Street between Broadway and 8th Avenue? Tyrnauer makes a point of showing us that the partners also invested heavily in renovating the old theatre/studio, maintaining, as much as the theatricality of the original structure as possible. If Studio 54 were a palace, it would be Versailles.

Schrager and Rubell knew that they had to jump on the upward curve of the mixed disco concept. If time was of the essence, they didn’t skimp on quality. Scott Bromley (who designed homes for Diana Ross and Robert Redford) was the architect; lighting specialists Jules Fisher and Paul Marantz used moveable theatrical sets and the existing TV lighting circuits and fly system to make the dance floor an exciting and ever-shifting natural high, although there was no shortage of drugs. Before Studio 54 clubs were dark for privacy and intimacy. Studio 54 was bright. One witness recalls the feeling that you were dancing with everyone in the room – or could.

Rubell and Schrager spent $400,000 (the equivalent of $1.7 million today) in six weeks renovating the venue, although their silent partner and financial backer Jack Dushey estimates the costs were double that. Everything was ready for the opening except for – the liquor licence. It was easier and cheaper to get a daily catering pass, and uncertain of the longevity of the venue, that suited the owners. And then they waited nervously for their venture to bomb or succeed.

The pre-opening buzz guaranteed the crowds, but gave no indication of just how big they would be. Demand exceeded capacity, and if you didn’t make the cut, you stood outside gawking with envy at those who did. This might have been an equalitarian club where transvestites were welcomed, but squares were out; good looks and celebrity status were in. It was 1977 and an elitism based on the cult of celebrity took root in Studio 54, the ultimate spot for the stars to star gaze.

Those who managed to get in (and Rubell, high on cocaine, is seen outside playing god in a subjective selection process) perpetuated the hype that cemented the club’s reputation. One lucky person recalls the blasting music – Sylvester’s ‘You Make Me Feel’ drawing her to the dance floor (the former stalls) like a magnet. Before long the balconies were filled with people having sex in between dance numbers.

And then almost as suddenly as it opened, the bubble burst. It might have been a disgruntled former employee; or Rubell’s remark, quoted in the New York newspapers that Studio 54 had made $7 million in its first year and “only the Mafia made more money”. In any event, the IRS came calling and discovered cash stashed in the rafters and evidence of tax evasion to the tune of $2.5 million. The partners had 27 lawyers, but not even the notorious Roy Cohn could save them.

The postscript reveals that Schrager and Rubell were not entrepreneurs with just one big idea. It leaves you wondering what prompted these young entrepreneurs with the Midas touch to resort to tax evasion. Was it simple greed? Schrager tries to avoid or downplay the subject, as you might expect, and it leaves a gap. And we never learn how all the regulars dealt with the loss of their nocturnal habitat.