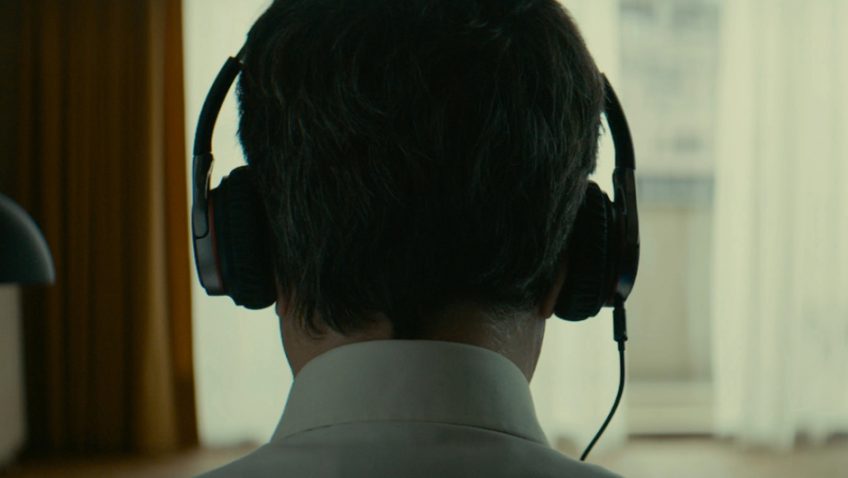 An unemployed, recovering alcoholic lands the job from hell in this timely thriller

One of France’s busiest actors, François Cluzet (Intouchables, Tell No One), plays Duval, a 60-ish, unemployed insurance company bookkeeper whose only wish is to find a new job. Be careful what you wish for is not the motto of Thomas Kruithof’s twisted thriller, Scribe

(La mécanique de l’ombre), but anyone over 50 may feel a special kinship with the compliant clerk.

While Duval’s colleagues at the insurance company enjoy drinks at the end of the day, Mr Dependable, who is called simply ‘Duval’, is asked to prepare a file for the following day. Visibly inconvenienced and exhausted, he promises his demanding boss that it will be done. As he tries to reconcile the receipts, he realises that once again he is at the mercy of an inept colleague who cannot be reached. And once again, Duval reaches for the bottle to get him through the night. This is the unassuming beginning of an increasingly twisted thriller in which an ordinary office worker finds himself at the centre of a timely political conspiracy.

Two years after his nervous breakdown that night, Duval is still unemployed and attending AA to stay off the juice. Duval tells his group that he can’t sleep. The doctor recommends sport, but Duval feels he is out of touch and structure in his life. ‘I think I just need to find a job – something that occupies my mind and body like everybody else…A framework, too.’

At a job interview Duval claims he would have no trouble working for a 32-year-old department head, but when it comes to recent job references, he draws a blank. Anyone over 50 who has been in the job market of late will recognise this scenario all too well.

The enigmatic Mr. Clément (Denis Podalydès) is less concerned about such formalities, phoning Duval late on a Friday night. Perhaps one should be wary of a man who proposes a Saturday interview, will not give the name of his company and tells Duval, ‘we are looking for a profile like yours for an immediate start.’

But aware that, with his record and his age, Duval knows that he cannot be choosey. Perhaps a perceptive former acquaintance, De Grugy (Philippe Résimont) forms the same opinion when the two catch up after spotting one another at a funeral. The suave and slippery De Grugy tells Duval that he is thriving in the family business. He is busy ‘buying factories in Brazil’ while lamenting that, ‘no one wants to invest in France anymore.’

Clément informs Duval that he manages a surveillance company and offers Duval a well-paid job transcribing tapes of telephone tapping in a room that he cannot leave between 9 and 6. It’s a lonely job and a tedious, thankless one, unless, that is, you start listening to the tapes instead of simply transcribing them… Outside, a hostage crisis looms and it is an election year, with a large poster ‘France est de retour’ (France is back) promoting a right wing candidate. Writer/Director Thomas Kruithof’s focus on surveillance during an election, and election tampering, is nothing if not timely.

The hostage crisis might be referring to the prolonged 1979 hostage situation at the American Embassy in Iran, which many thought President Jimmy Carter had bungled. His political rival, and the next President of the USA, Ronald Reagan, replaced Carter in the upcoming election. But, along with the France is Back slogan, we are also reminded of a more recent election where external influences may or may not have influenced election results.

Kruithof cleverly corners the ‘out of touch,’ docile clerk between the mysterious Clément and the equally imposing Inspector Labarthe (Sami Bouajila, excellent as usual), whose secure government phone lines may have been hacked. Realising he is being used once again and struggling to trust anyone, Duval decides to trust himself as his survival instinct kicks in. Duval, who told Clément at his interview that he isn’t interested in politics, becomes drawn into a dizzying political intrigue that more than occupies his mind and body.

If the excellent runs out of hang-dog or bewildered expressions, resembling at times a deer shocked by the headlights, the film’s big flaw is the introduction of Sara (Alba Rohrwacher). Sara, who joins Duval’s AA group and needs a little personalised attention, is a cliché and not a very engaging one either. There always has to be a younger woman, it seems, even if there is zero chemistry between the actors. Here, the Italian actress (22 years Cluzet’s junior) is unconvincing both as a love interest and as an addict.

is an assured and timely directorial debut that proves once again that you do not need a big budget to make a good thriller. Thomas Kruithof is a director to be watched. He co-wrote the unpretentious, intricate script that will keep your mind and body well occupied for its 88-minute running time.