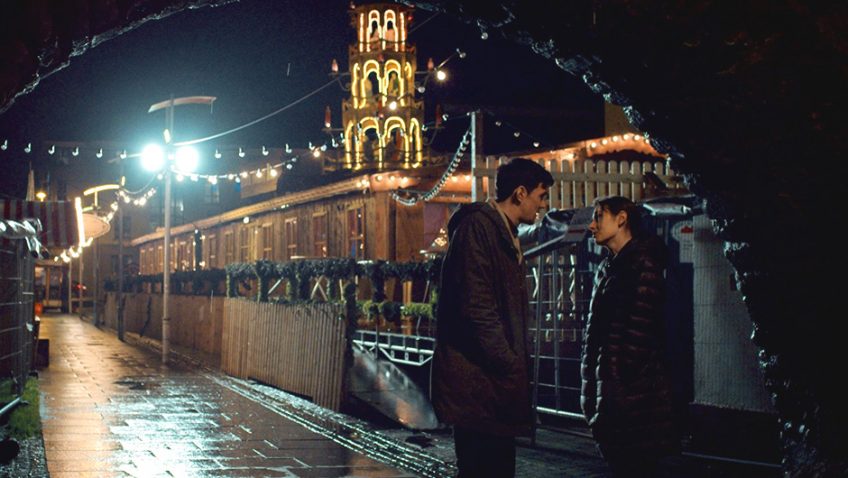 Every year, BAFTA and The American Academy for Motion Picture Arts & Sciences voters are vulnerable to a Hollywood star transforming him or herself to play a mentally challenged misfit who wins hearts and minds. And every year there are murmurings about inequality and hypocrisy of this very casting. With Rain Man, it was Dustin Hoffman; with Forrest Gump; Tom Hanks; with Shine; Geoffrey Rush. If One Flew Over the Cuckoo’s Nest was filmed inside a working mental hospital for the sake verisimilitude that did not extend to the casting of patients. 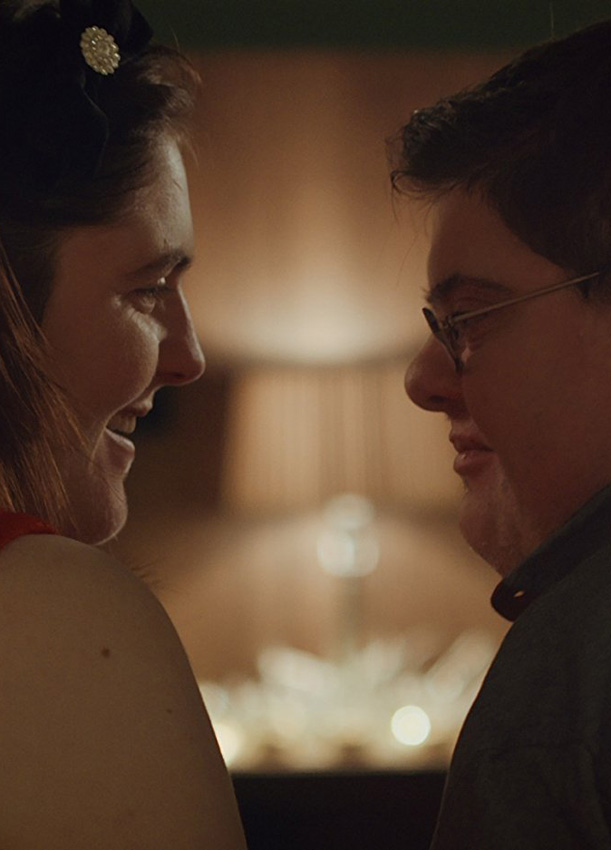 Leave it to a low-budget Irish film by a first time director – and a script adapted by Galway writer (Inside I’m Dancing) Christian O’Reilly from his play – to change all that. In the film Sanctuary, the majority of the wonderful leading ensemble cast and the two convincing lead actors have intellectual disabilities, but none of them are struggling with their lines. And if that is not enough to ring in the New Year, it’s easy to imagine that director Len Collin’s bitter-sweet comedy played a role in the recent repeal of Section 5 of the Criminal Law (Sexual Offences) Act, 1993.

That law made it a crime for persons with an intellectual disability to have sexual relationships outside of marriage. The law, though based on good intentions to protect the vulnerable from sexual abuse, was a horribly blunt instrument. It is the equivalent in disability law to the also-misguided and repealed National Default Retirement Act that assumed that at age 64.5 all employees would suddenly become an awkward burden on their employers.

But Sanctuary is more than a worthy ‘message’ film. It’s a delightfully entertaining and, despite some clichés and sign-posted lines, well-written film with a lot of heart and spontaneity. O’Reilly and Collin deftly examine the complex issues behind the law and its repeal through a convincing and compelling story. 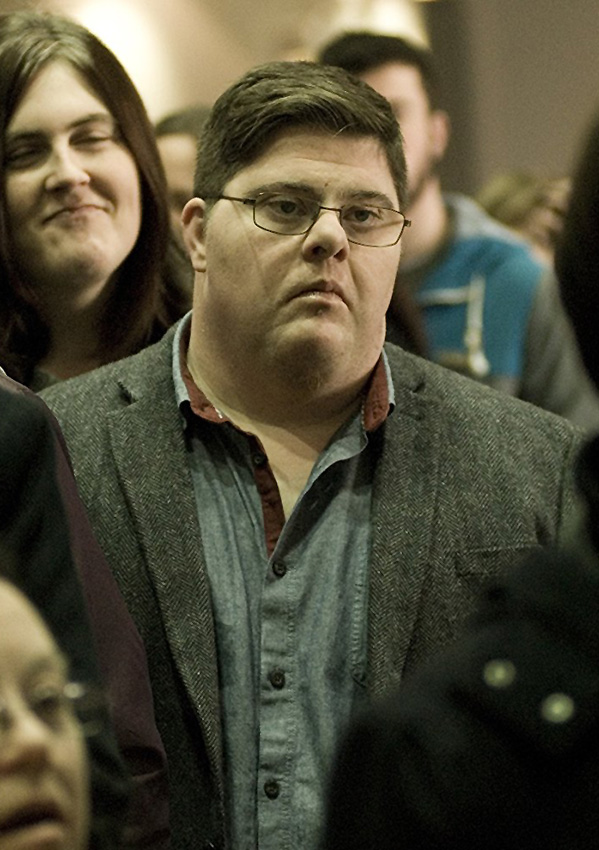 Larry, (Kieran Coppinger) an overweight young man with thick glasses who walks like a penguin with his head held high, has Down’s Syndrome. He shakes a piggy bank and sits forlornly at the edge of his bed. Larry is one of the lucky ones – he has a paid job, even if it is cleaning toilets and helping out at a fast food restaurant. But saving from his low-wage job is not easy.

At breakfast his eye is drawn to a semi-naked woman in a magazine advertisement, which he studies before his mother grabs it away. It’s too late, though: Larry has sex on his mind.

Sophie (Charlene Kelly) an attractive young woman, despite uncontrollable twitches, has romance on her mind. Enjoying the rare privacy of a bubble bath, she fantasizes a sparkling engagement ring on her finger that turns into soap suds when a concerned nurse knocks on the door. The nurse needs reassurance that Sophie, who has epilepsy, has not drown in a fit. But of all days, today Sophie is unlikely to skip her medication.

Sophie lives in a community care home and Larry with his mother, but they met through a club for intellectually challenged residents of Galway and have fallen in love. A care worker tries to put a bright face on the news that their paid work has come to an end, but William (Frank Butcher), the oldest in the group, points out that none of the new activities on offer are paid. We learn that the group is caught in a bind. They are not paid the going rate, but if they are paid more, they will lose their benefits. Again, this might remind readers of all the interesting volunteer jobs on offer when many older people need an income.

To distract the group from the news, Tom (Robert Doherty), a sympathetic, young care worker, is taking them to the cinema in Galway. Tom is the reluctant facilitator in Larry’s plan to spend quality time alone with Sophie in a hotel – which is all that Sophie and Tom intend it to be. As the others watch the film, Tom sneaks out with Larry and Sophie to help with the hotel room. When Larry asks him for a condom, however, alarm bells start to ring. 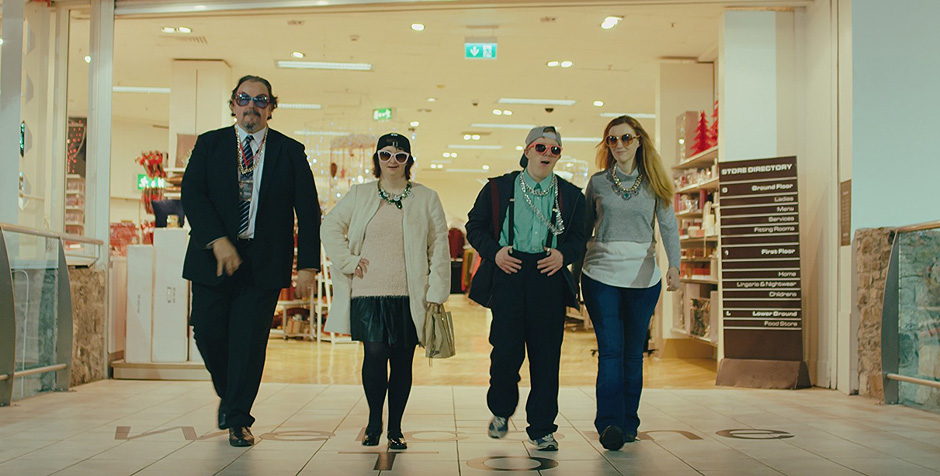 Alarm bells should have started ringing a lot earlier, as one by one (or two by two) the others in the group become less interested in the film than about the whereabouts of Tom, Larry and Sophie. Even Matthew (Paul Connolly), a cinema buff, is happy to head for a pub with William. He tells William that he prefers films with ‘a lot of explosions, car crashes and heads coming out. Is that too much to ask?’

Only Sandy (Emer Macken) and Peter (Michael Hayes) stay on. With the departure of his peers, shy and modest Peter can give in to Sandy’s persistent advances and put his arm around her. One of the joys of the dialogue is its honesty. ‘Would you like me if I looked like her? ’ Sandy whispers to Peter, referring to the pretty screen starlet. Peter replies, ‘It has nothing to do with looks; you embarrass me’, explaining that he dislikes her public displays of affection.

The search for Sophie and Tom gives the supporting cast a chance to shine, and if the comedy duo of William and his sidekick Matthew doesn’t make you laugh, nothing will. When the group reunites in the hotel room and listen to Sophie describe her experience, Matthew asks William, ‘how can sex be better than sex?’ William responds, ‘Well, that’s what’s so amazing about it.’

But serious issues are also raised during Sophie and Larry’s afternoon in the hotel room. While Larry is, like most if not all of the group, a virgin, Sophie confesses that she is not. In a painful, tearful confession she explains to him that she was raped in her first care home until the crime was discovered and she was moved to her current home. This confession would tend to justify Section 5, until you spend time with these two consenting adults who want, and deserve, a chance of happiness. The film’s ambiguous ending, however, casts a shadow over the lovers’ future.