Home / LIFESTYLE / REVIEWS > / FILM REVIEWS / This English boarding school comedy has all the hallmarks of a promising parody, but was that the intention? 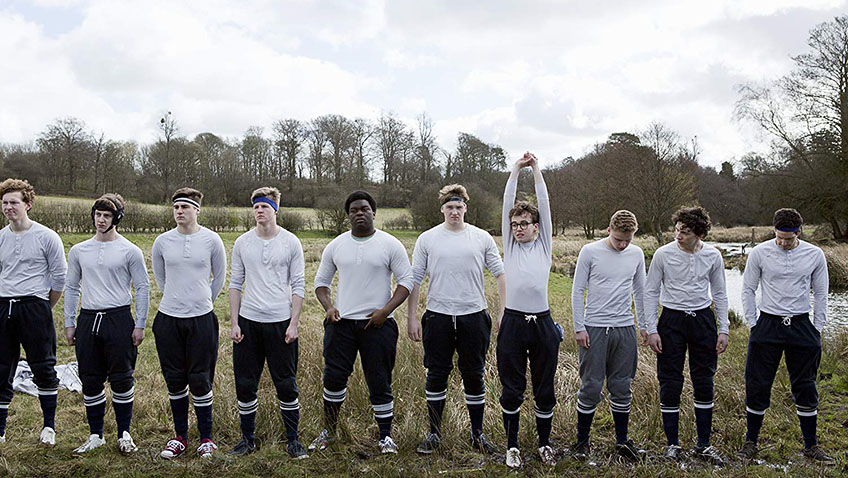 This English boarding school comedy has all the hallmarks of a promising parody, but was that the intention?

Toby MacDonald, whose enjoyable short film Je t’aime John Wayne was a humorous exploration of the English/French/American mystique in the French New Wave film Breathless, must have gone on a few trips to France with his public school French class. What other explanation can there be for MacDonald’s feature debut to be yet another variation on the Cyrano de Bergerac

story? Old Boys is also, as the title suggests, yet another coming-of-age story set in a yet another dysfunctional public school in a pre-mobile phone and lap top era. After all, Edmond Rostand’s plot would have never worked with the mobile phone and the internet at everyone’s fingertips. 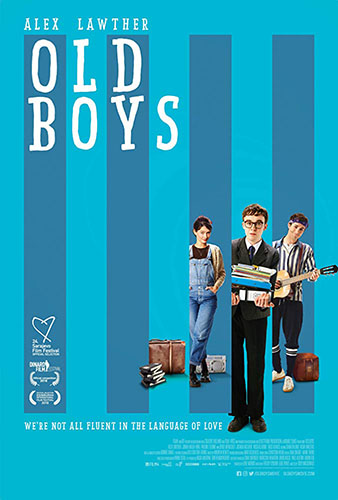 Though backed by ‘Creative England’ and the BFI and featuring two characters who communicate flirtatiously through creative media, MacDonald and writers Luke Ponte and Freddy Syborn, seem to have run out of creativity themselves. That the protagonists are not reading Cyrano de Bergerac

in school is one of the few clichés omitted, but it might have tied the film together.

In this upmarket English boarding school (establishing shots of Lancing are one of those aforementioned clichés, but this was made on a budget), there are only types, not real people. Alex Lawther (who played the young Alan Turing in The Imitation Game and is a Netflix series sensation) is Amberson, the brainy nerd and creative geek who is bullied (politely, this is a posh establishment) by the jocks. Amberson is a scholarship boy, dependant on the school’s largesse, which might be why he keeps his head down and tries not to make waves. His recklessness later on in the film testifies to the depth of his emotions, even if we cannot quite believe them.

In any event, this nerdy type does not do sport, and as we see early on, Amberson is the last boy to make the team for the school’s game of ‘streamers’, a daft variation of rugby played in a rocky stream that must increase the school’s insurance premium exponentially.

In the other corner is the handsome, popular, beefy, sexy, dim-witted jock Winchester (Jonah Hauer-King) not necessarily named after the pricey public school, but suggestive of wealthy parents who will pay their son’s way through Oxbridge. Winchester is the king of streamers and excels at just about everything that is non-academic.

This includes attracting the only young woman he has seen since summer break: Agnes (Pauline Etienne), the daughter of the boarding school’s new English teacher. This is a joke, of course, as Babinot is an egotistical French author (played by the talented, but here underused Denis Ménochet) who resembles a professor at Hogwarts.

Babinot has rented a picturesque cottage in the country to write a book he has been working on for years, and to take on the teaching job as he needs the money. His first novel sold so poorly that he is happy to give away copies to his class, bemused at the prospect of this unheard of and inappropriate novel being on the curriculum.

Babinot is dependent on and protective of his daughter, but the film – being a light comedy – does not explore this abnormal relationship. Babinot takes his daughter far from education and gainful employment and practically locks her up in the cottage, ostensibly to keep her away from the boys at the Head Master’s request, but also to help him with his new novel. The problem here is that Pauline Etienne is pushing 30, and looks around 25. This makes her relationship with her father and her aggressive crush on 17-year-old school boy Winchester, a bit creepy.

When Amberson accidently meets Agnes, he is smitten, particularly when he hears her speaking French. Yet Agnes dresses in oversized, clunky clothes and is not really the type to spark the hormonal English boarding school boy’s imagination. And, of course, she is not one bit interested in scrawny Amberson.

As coincidence would have it, Babinot is Amberson’s and Winchester’s new teacher, and he has asked Agnes to deliver a box of his novels to the class on the first day. When Agnes sees Winchester through the classroom window reciting poetry she is smitten and takes the first step, via a seductive, cheeky video she has shot, in their long flirtation.

The film’s original spin on the Cyrano story

is that Winchester seems far less interested in Agnes than she is in him. As such, the story really does not work and falls apart. Moreover, while Amberson imagines that Winchester has a great deal of sexual experience, it seems he is more interested in ‘streamers’ than in girls. Still, he is not going to pass up this opportunity to sleep with a girl and when Amberson offers to help him communicate with Agnes, the two begin to bond.

In another twist on the familiar premise and plot, Amberson, whose talents extend to making film making and the plastic arts, seems to know a lot more than Winchester does about girls want, although he has never had a girlfriend. Presumably Amberson knows because he has read a lot and watched a lot of French films.

The writers must still have been working out how to end the film when principal photography was completed, because the climax and denouement are all over the place. It makes perfect sense for Agnes to leave her controlling, neurotic father and take a job as a set designer in Paris, but the idea of Winchester – or even Amberson – going with her is a joke. And yet, unlike Je t’aime John Wayne, which was a parody, Old Boys does not appear to be one.

Both Jonah Hauer-King and Lawther are well cast and if Old Boys had gone for laughs as a parody of the public school genre it could have been a lot of fun. Was it MacDonald’s vision and intention to make a parody? If so, some of that vision was lost in translation.